In a surprise but sensible announcement, HMG has recognised the potential problems of maintaining links to the Isle of Wight during the present crisis. Wightlink has just announced the complete closure of its route between Lymington and Yarmouth to allow limited human rescources to be redeployed on the Portsmouth Fishbourne car ferry and Portsmouth Ryde passenger routes. 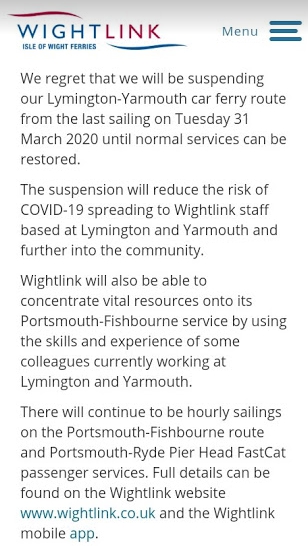 What has HMG done? A most sensible thing. 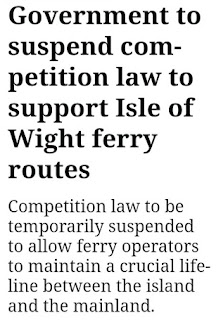 Competition law is suspended. Wightling, Red Funnel; and Hovertravel can now collude, work together, arrange joint timetables - in fact work sensibly TOGETHER to help passengers complete their journeys and, more particulatly, to aid the transfer of freight from Mainland to Island

Stagecoach shares leaped by a significant 6% because ... 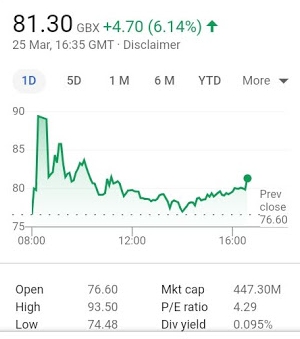 ... as pundits and investors reported, the franchised rail operators like Stagecoach will live to fight another day.

Stagecoach no longer holds any rail franchises! It does operate Sheffield Supertram, but the rail bail out does not include that operation.

Working Together (3) ... Or ...
fbb was taken to task, had his knuckles rapped, for being critical of some of the information being promulgated in Sheffield. "Poor timetable people," he was informed, "are really struggling with repeated schedule re-writes and a cataclysmic drop-off in passenger numbers."

fbb's slighty askew comments about two Sheffield routes were not intended to be critical of any one person in particular but they were born out of a profound frustration at the apalling LACK of working together.

But look at this. 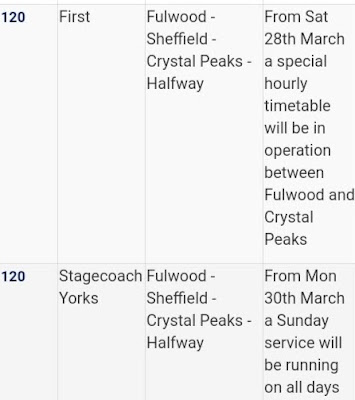 The frequency was generally even; every 5 Monday to Friday, every 6 Saturday and every 10 on Sundays.

But from Monday, First will run an hourly service ...

... and Stagecoach will run their usual Sunday frequency of ...

What is even dafter is that Stagecoach is running like every day was a Sunday, so it runs full route from Halfway to Fulwood (as "normal" on a Sunday). Meanwhile, First is running hourly like it was Monday to Saturday, i.e. only from Crystal Peaks. Stagecoach "normally" runs from Halfway to Ranmoor on weekdays.

The there is service 53 from Mansfield to Sheffield, a Stagecoach route. This is the helpful advice provided on the Stagecoach (IN Sheffield) web site.

Ito wouldn't do, would it, for Stagecoach Yorkshire (which includes Chesterfield) to tread on the sensitive toes of Stagecoach East Midlands and tell Sheffield people about buses to and from Sheffield.

It is similar in Rotherham and Doncaster!

These are not some odd backwater set of routes; they are significant links with Rotherham (19) and Doncaster (21, 22 and 25).

It is all a gurt big mess.

AND IT SHOULD NOT BE!

Working Together (4)
By absolute coincidence, Mrs fbb found a small pack of old photos carefully filed (NOT) in the attic room at fbb mansions. Of considerable interest was this one ... 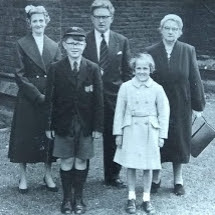 ... with fbb and his sister front and mum, dad and granny (dad's mum) in the rear. fbb cannot remember the picture, but is fairly certain that it was taken ouside St Matthews' Church Northampton ... 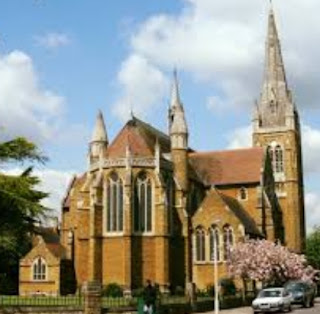 ... built in astounding grandeur by the Phipps family on the proceeds of the brewery company! The area round the church was known colloquially as Phippsville and nearby lived fbb's father's cousin Janet, whose wedding was the cause for the stand-to-attention picture. It was sometime in 1955/6 soon after the little lad had started at Northampton Grammar School.

But in the same bag of assorted snaps were pictures of Sheffield Transport buses, badly taken by fbb in his student days.

Knowledgeable readers will, enjoy spotting body and chassis types, but for the purposes of this post, fbb draws his readers' attention to the livery and vehicle variety in Sheffield in the mid sixties. It was, possibly, this variety which drew fbb into his love affair with the Steel City.

There were short ordinary buses but lacking the three blue stripe livery for which Sheffield was famous. It is on a very ordinary City route. 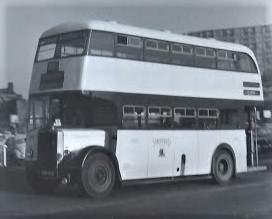 There were buses with similar livery (Roe Bodies used this style) but with a grey roof. 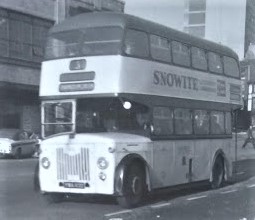 It is on route 32 on its way via Manor Estate to Handsworth, a route which no longer exists as a whole although bits are still served.

Higher capacity for busy routes and folding doors (folded by the conductor) - again bodied by Roe but with standard livery. 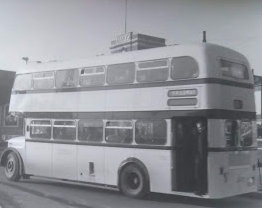 This is on its way on the half hourly route to Bradway at the very edge of the city. Now served every ten minutes by routes 24 and 25, joint between Stagecoach and First.

Then Sheffield had lowbridge buses with grey roof and "eyebrows" ... 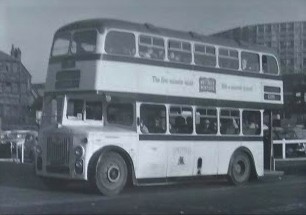 ... acquired to cope with a low bridge at South Anston. 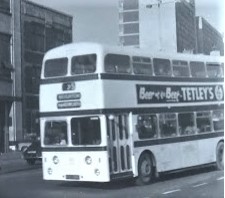 This is on an outer suburban route to Beighton, now partly in the hands of Stagecoach Superptam and partly served by First Bus route 8.

There was a dalliance with front entrance front engined buses, not  specifically chosen for the design, but bought because supplies of high capacity Atlanteans were slow in delivery. 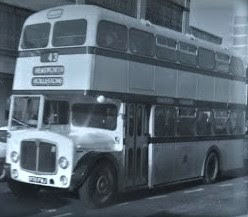 This is off to the recently developed Gleadless Valley estates. This was a partnership (snigger) joint route for Stagecoach and First as 1 and 1a running every 12 minutes each. But First pulled out and instead of two twelve minute services over much common ground, First have opened out their frequency to every 15 and there is no co-ordination.

But back in those halcyon days, ALL the buses in city and suburbs were run by the council for the benefit of the ratepayers. Buses arrived in new estates before most of the occupiers and there was huge pride in delivering the best possible service.

Most of the buses from Sheffield to nearby towns were either run exclusively by Sheffield Transport or in partnership with British Rail through a Joint Committee (the latter being very much dominated by Corporation staff and policy!).

As time progressed, there were financial constraints and cutbacks instigated by the inexorable growth of private motoring but ...

Sheffielders were proud of their buses.

And today - before the Virus?

The little known prophet Habakkuk has challenged God to tell him why he doesn't to appear to be doing what the people wanted him to do, namely get them out of "another fine mess they had gotten into".

God has reminded them of the mess and had told Habbie that he has it all in hand.

The prophet is uneasy about God's plan which appears to involve punishment by a Babylonian invasion (which DID happen!) rather than some "magic God dust" to "make everything right".

There was at least one answer; the prophet was told to write this down:-

And this is the message: ‘Those who are evil will not survive, but those who are righteous will live because they are faithful to God.’