Out With The Old - In With The New

A sort of theme for today's snippets seems to be developing.

This Nationalised Railway introduces new trains on the route from London Liverpool Street to Norwich. The twitterer who posted these pictures pointed out that the last time the route got new trains was in 1958!

The second-hand old on the way out ... 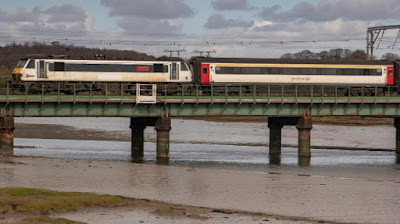 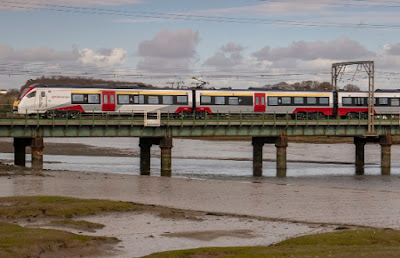 Nationalised? Owned by the Netherlands nation.

And newly fettled Victoria sidings at Norwich whereat to park the new stock. 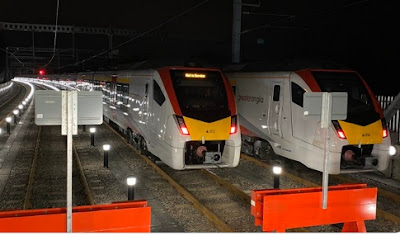 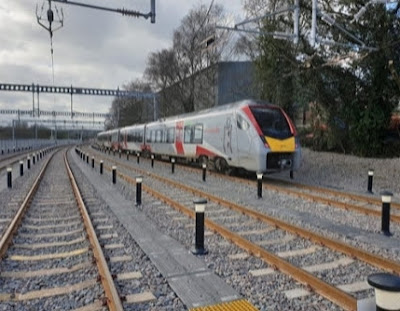 Oh Mr Porter, Whatever Will I Do?
Out with the old, in with the new, expensively at Crewe. 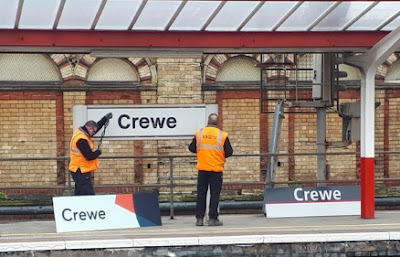 One thing that our potty politically promoted railway system persistenty produces is lots and lots of new graphics and paint schemes - all financed by the fare paying public.

Here British Railways is revealed by the removal of Virgin ready to replace the sign with First Rail's "Avanti" styling. 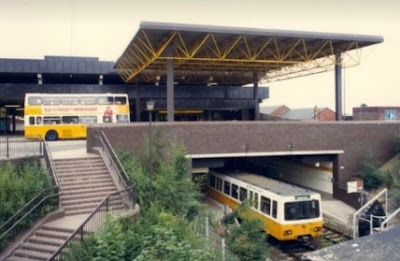 Aha, blissful memories of those happy halcyon far-off days when public transport was co-ordinated in our big cities. 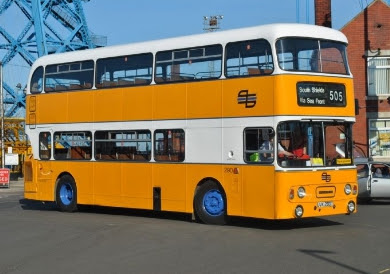 In Newcastle buses and metro were painted the same colours, carried the same logo ... 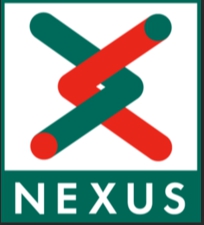 My word! We have progressed! 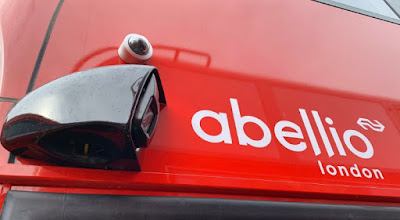 Relishing The Old
A full refurbishment of a much loved old lady. Leicester's bus 154 has just been outshopped in all its beautifully restored glory; thanks, largely, to the skills and efforts of First Bus staff. 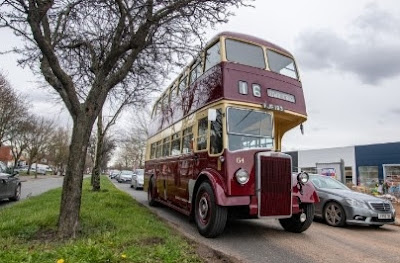 And here are the Great and the Good in celebratory mood. 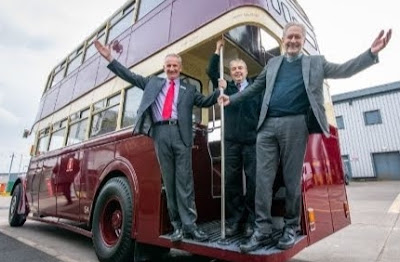 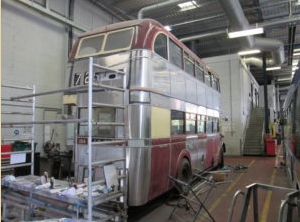 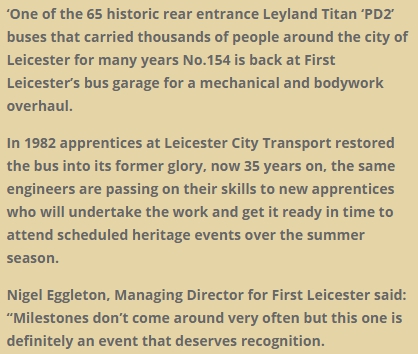 The Old Replaces The New
After a very hesitant start with their electrics interfering with signalling systems, class 442 trains are back on the Portsmouth Line. They originally appeared in 1988. 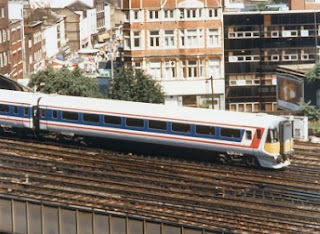 As was common on the British Rail Southern Region, many electrical components – including traction motors and electrical control gear – were salvaged from the Class 432 units they replaced. 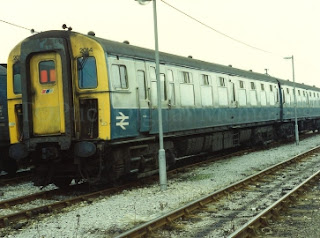 The 442 units are unique among all of the various Mark 3 based multiple unit classes in that they use the full-length 23 metre version of the Mark 3 bodyshell with sealed, non-opening windows - hence they have a very close resemblance to the coaching stock used in both HST sets and loco-hauled expresses.

SouthWest Trains (Stagecoach) painted them in their splendidly bright livery ... 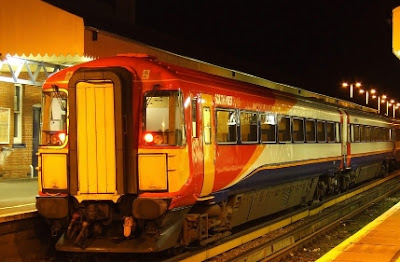 ... followed by a less variegated sojourn at GoAhead's Gatwick Express. 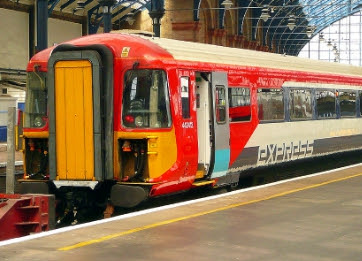 Now back on the "South Western" they carry First's boring colours of dull blue and dull grey. But they are fabulous trains - even better than the 158/159 sets that serve the fbbs well at Axminster.

Because their construction made extensive use of modern materials they were dubbed "Plastic Pigs" by enthusiasts. The picture below (via Tweet) was captioned ... 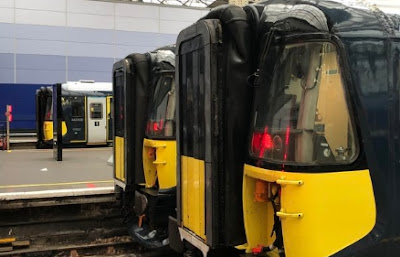 Opportunity Knocks!
Spotted this Tweet from Transdev's Harrogate and District a few days ago. 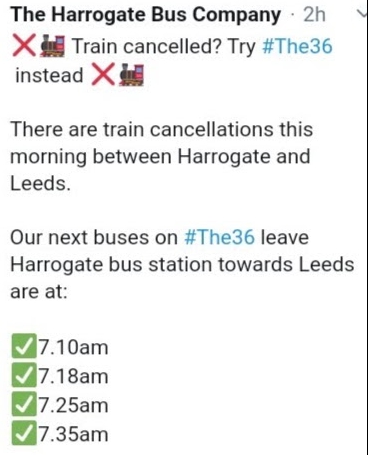 The Blind Leading The Blind 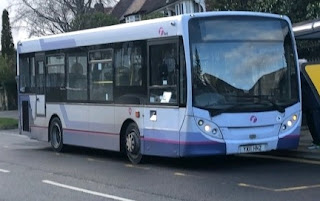 Despite assurances from well up in the echelons of First Bus, the seven year old recruited to cope with blind setting technology for the Fulwood shuttle bus appears to have failed utterly and completely. First must have chosen the wrong seven year old. Or maybe someone just a bit too young? 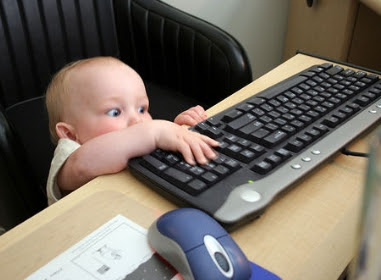 In a further feat of superb customer service, temporary bus stops, providing alternatives in some locations whilst nearby stops were inaccessible, finally appeared on Thursday - the fourth day of the disruption.


Next Old/New blog : Sunday 8th March
Posted by fatbusbloke at 02:00