As the nation's public services come to terms with potential staff shortages and massive passenger shortages, we must all be eternally grateful to Richard Turfitt. 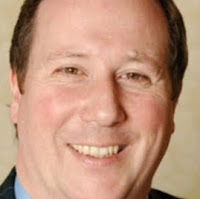 Young Richard is our much revered Senior Traffic Commissioner, a sort of very highly paid filing clerk keeping close tabs on Bus Companies and their Registrations of bus services. In these trying days of near meltdown of the fabric of our society he has issued a document. 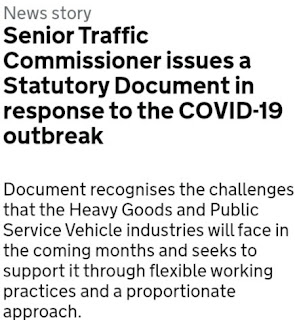 Young Richard, a lawyer by trade hence his legendary bus management knowledge and skills, is anxious to explain how the legislation works in the sort of emergency that bus companies face. In an eleven page document (which covers goods vehicle licensing as well as passenger) he devotes five A4 pages to the legalities of running a bus service.

Here is a typical paragraph. fbb does not suggest that you should read it, merely marvel at its verbosity.

Follow the rules and apply as per existing "short notice" legislation if your service is falling apart.

fbb is sure that bus managers will be only too pleased to submit documents (on line of course) every time they need to reduce or modify services to cope with the virus crisis.

Do the best you can and keep us informed with a brief note as soon as possible.

Paragraph 27 is informative in the extreme.

Traffic commissioners must consider each case on its own merits but will be alive to the challenging operating environment. In addition, the commissioners will work with the OTC management to ensure that there is enough capacity to process an increase in applications.

In order to provide this increased capacity, the Leeds Traffic Office has closed completely for the duration of the crisis!

fbb is grateful to bus manager XXXXXXXX XXXXXXXXXX (redacted) for supplying this information and, more importantly, for the heading in the "subject" box of his e-mail. It read simply:-

Surely a measured and understandable response to such a helpful and thoughtful document from the Senior Traffic Commissioner in the present time of crisis?

Power For The Non-Princess Princess
The third Prinny designed and built by William Stanier (with the help of a few lads in the works at Crewe) was the "Turbomotive", unnamed but carrying 6202, the next number on the series.

Unlike the Swedish locomotives featured in yesterday's blog, the "Turbomotive" looked fairly conventional. The steam turbine was at the front driving the front pair of coubled wheels. 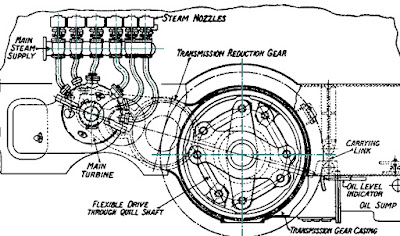 The engineers amongst our readers will spot six input nozzles at the top, and the large rectangular output manifold to the left of the turbine.

William Stanier retired in 1944 an in 1947 the railways were nationalised. At about the time that the London Midland Region of British Railways was beginning to wonder whther the unique 6202 (now 46202) made economic sense as a one-off, a small toy company was creating an equally stunning revolution in its workshops in Richamond, Surrey.

The company was Rovex and it was manufacturing a train set in moulded plastic. 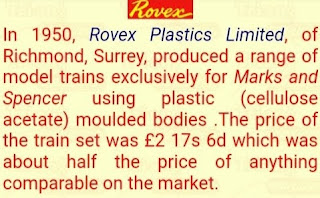 The train set sold out almost instantly. It consisted of a locomotive (A Princess, of course, named Princess Royal), two coaches, an oval of tract and a transformer/controller. 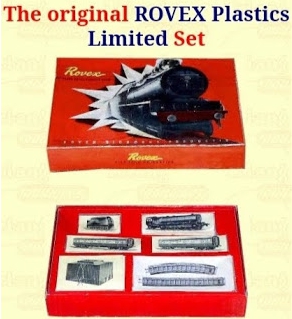 Even the wheels were plastic with metal reserved for the motor and the gearing. Electrical pick-up was this not via the wheels but via two ugly and crude rollers. 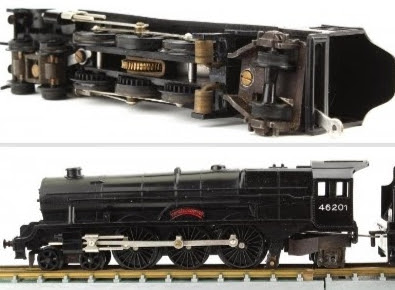 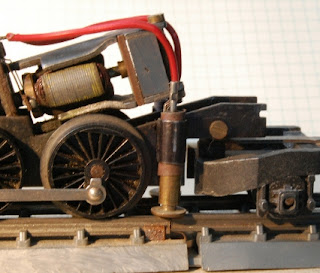 The pick-up was, consequently, somewhat unreliable! No matter, the new owners were thrilled with their acquisitions.

The very early coaches, as well as being hopelessly short in scale, were famed for warping. fbb had two such in his first ever second hand train set. 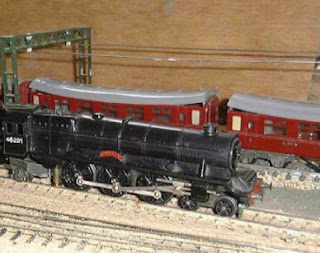 The plastic was changed to polystyrene, conventional pick-up via metal wheels (solid, if course, no see though spokes!) and extra valve gear was added.

It was getting better but still at least one inch short of scale length. Ultimately it acquired see-through wheels.

Under the Triang Hornby regime a revised model appeared, looking so much better again.

Suffice it to say that the London Midland Region rebuilt the Turbomotive as a conventional cylinder driven loco and named it Princess Anne. 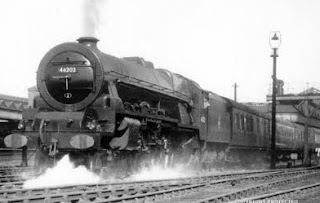 Time Traveller's Tweet
From a home in Wigan, brought back  from 2050 by a certain Dr Who. 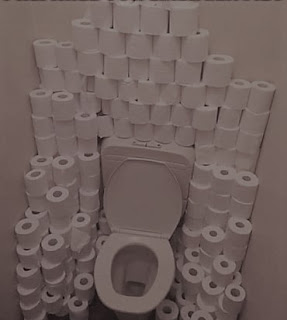 
Next Princess blog : Saturday 21st March
Posted by fatbusbloke at 02:00