The Grant Palmer timetable for services which may (or may not?) start this coming weekend is a really good example pf how to publicise a set of bus services. 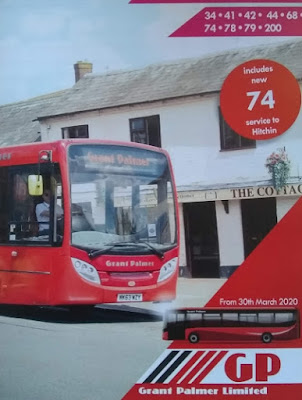 We have been higlighting the 74 which changes by extenstion to Hitchin replacing part opf a Centrebus service. So, naturally, there is the full timetable ... 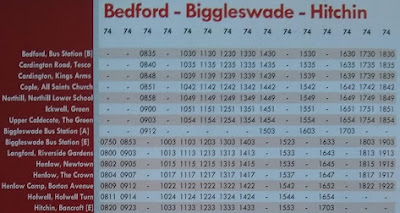 ... and an excellent map from FWT. 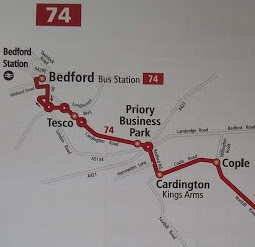 The quality is superb, sop much better than those Google map oveprints that many operatpors use to save them the bother of doping the job properly. Google maps are fully scaleable and geographically accurate, but their electronic creation denied the bus operator of the ability to highlight things that matter. On the above extract, we see Tesco, as important shopping destination ... 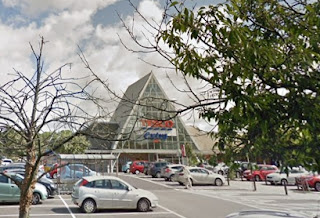 ... and the Priory Business Park from where Grant P may hope to glean a few commuters. 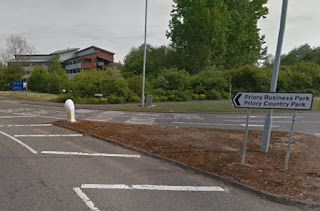 Not marked as such, but difficult to miss, are the famous Cardington sheds ... 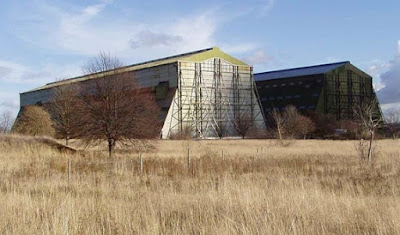 R101 crashed in France in the early morning of 5th October 1930 on its way to Karachi in India. 46 people were killed in the fire. Development of airships was halted.

It is hard to grasp the size of this vessel, but here are passengers boarding at the top of its mooring tower ... 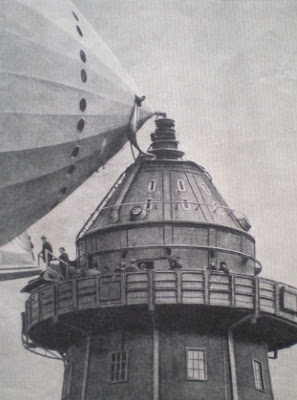 ... and here is the multi storey tower! 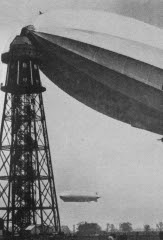 Modern airships, built with more consideration for safety, have been developed, but, as yet, the idea of a gentle flight rather than a fast jet has nor proved commercially attractive.

But, yet again, we digress. The second half of the map takes us south to Hitchin. 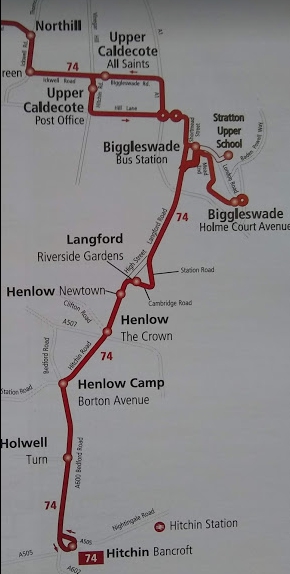 Henlow Camp, by the way, is a smallish village which takes its name from RAF Henlow, home to four huge hangars, not as tall as Cardington, but still huge. 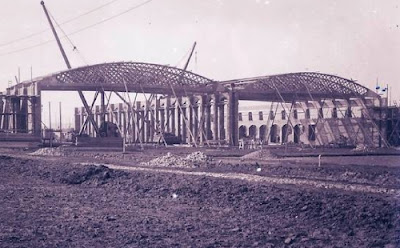 They were built during World War 1.

But, yet again, we digress. The 74 timetable also includes a guide map of stops in Bedford ... 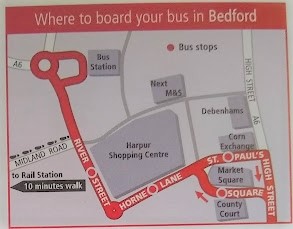 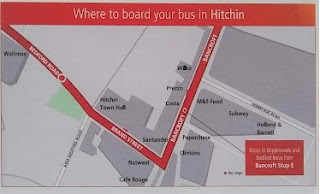 It's not just the new and extended 74 that gets the treatment; each route included in the booklet has a similarly excellent map.

And to complete this review of the Company's publicity, there is also a route 74 only leaflet. 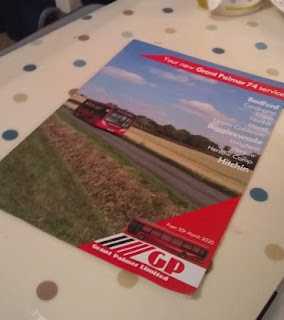 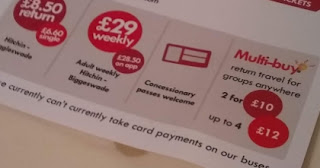 Overall this set of leaflets is one of the best combinations of timetable, graphic and general information fbb has experienced in recent years.

If there were "a golden ticket machine" award for bus publicity, Grant Palmer should be one name on the golden envelope ... 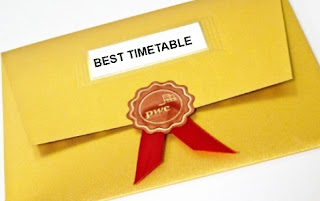 It appears that the redoubtable Frances May Searle, proprietrix of Axe Valley mini Travel, fbb's local bus operator, is in trouble with the Beak. 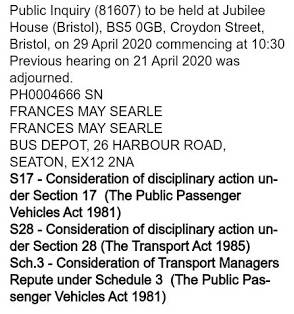 Frances is no spring chicken and, if the company goes under or madam simply gives up, it is hard to see any other operator taking it on. And all this was in motion well before the Corona Virus crisis developed.

It is unlikely that the hearing will take place next month BUT it will hang, like the sword of Damocles, over the company until it does take place.

Damocles thought it would be really nice to be king. The King, annoyed by Dammo's perasistent bleating, offered to swap places and allow the covetous courtier a whole day seated on the regal throne. but he hung a sword above Dammo's head, suspended by a single horse hair. It was meant to symbolise to high level of responsibility that came with kinging. Dammo stopped complaining! 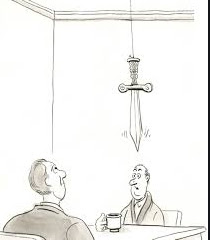 
In Answer to Habakkuk's second complaint about the "coming" of the "brutal Baylonians", God was equally enigmatic.  Godinstructed the prophet:-

Write down clearly on tablets what I reveal to you, so that it can be read at a glance. Put it in writing, because it is not yet time for it to come true.

But the time is coming quickly, and what I show you will come true.

It may seem slow in coming, but wait for it; it will certainly take place, and it will not be delayed.

Coming quickly? Seems slow in coming? Wait! It will certainly happen! It will not be delayed.