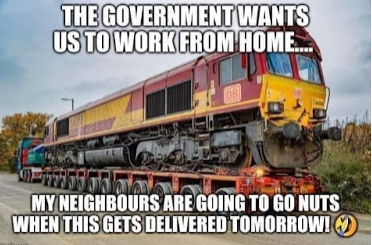 When fbb attended a little model railway club a few miles from Seaton, one of the members was totally besotted by anything to do with Sir William Stanier.

Whenever other members spoke of Oliver Bullied, George Jackson Churchward inter alia he would snarl with derision. Stanier, Chief Engineer with the London Midland and Scottish Railway was his railway hero and more! 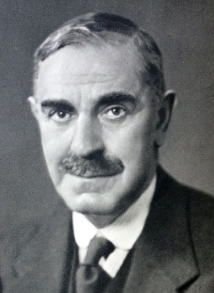 What Jimbo Squint (name disguised cleverly to protect the guilty) never revealed to anyone who cared to listen (which wasn't many!) is that Stanier worked for the Great Western before he moved to the LMS in 1931.

So when he moved to Derby, he took some ideas with him. If you tell a Great Western fanatic that Stanier's Princess Class locos were nothing more that a Great Western King with a few different bits added on you might risk being boiled in lubricating oil in the former Swindon works.

Likewise if you suggest to an LMS aficionado that a Prinny was nothing more than a slightly fettled GWR express, your life would not be worth living anywhere in Derby!

The first two Princess class express 4-6-2 locos were built in 1933 and, for their day, they were monsters.

For those not entirely au fait with ferroequinlogical terminology "Drivers" does not refer to some super tall human species, similar to the "giants on the earth" from Genesis Chapter 6 verse 4. "Drivers" are the big driving wheels and their wheelbase (?) is over 15 feet.

Here is such a loco preserved at Butterley, Derbyshire. 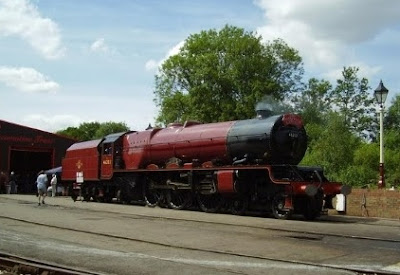 They were BIG, to use a technical engineer's term, and they (and their sisters) were for use on the crack expresses between Euston and Glasgow.

A third loco was due to be produced as part of the initial batch, but the work was interrupted and/or delayed thanks to this man. 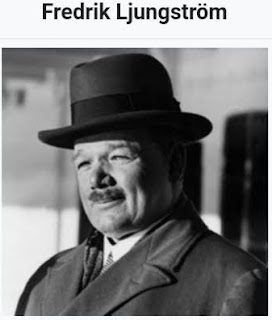 Considered one of the foremost inventors of Sweden, Fredrik Ljungström (1875 to 1964) accounted for hundreds of technical patents alone and in collaboration with his brother Birger Ljungström (1872 to 1948): from early bicycling free wheeling hubs techniques and mechanical automatic transmissions for vehicles, to steam turbines, air preheaters, and circular arc hulls for sailing boats. He  associated with other industrialists such as Alfred Nobel, Helge Palmcrantz, Gustaf de Laval, Curt Nicolin, and Gustaf Dalén. As innovative as his ideas were in function, they also often turned out in terms of unconventional external design, such as his steam turbine locomotives and sailboats.

But Beyer Peacock was awarded the licence to build them and one such operated on the LMS between Manchester, Derby and London for a trial period. 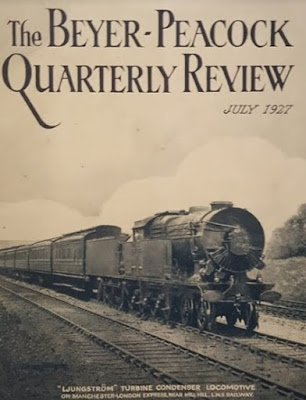 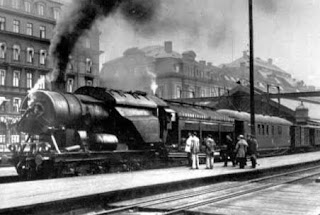 ... and similar from the offside. The coupled drive wheels were under the tender and above the coupled six was ... 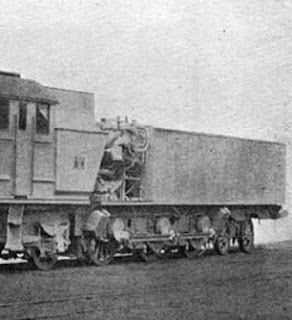 ... the gubbins that made them oh so different from a normal steam loco with push-pull cylinders at the front. It was, indeed, a steam turbine. 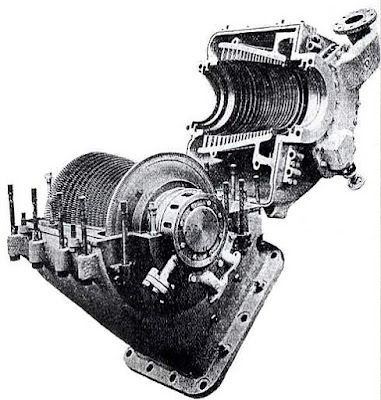 High pressure steam comes in from the boiler top right (top left when the cover is closed) whirrs the turbine blades at great speed and exits through the big square hole bottom right.

Ljungström claimed a saving of over 30% in coal costs, obviously very attractive to a vibrant go-getting chief engineer like Stanier!

So, instead of building a third Prinny, he used some of the ready-prepared bits to build his 6202 "Turbomotive".

Thankfully, it did not look as crackpot as the Swedish derived beasts ... 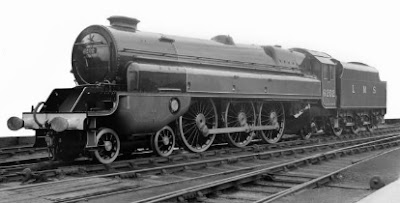 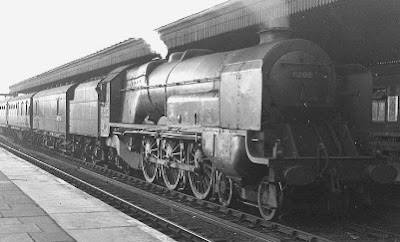 Lancs Lovely Livery
fbb has speculated about the future livery of GoAhead North West (and been told off for suggesting that Orbits is the latest thereof.)

Recently twittered is a smart decker for the 135. 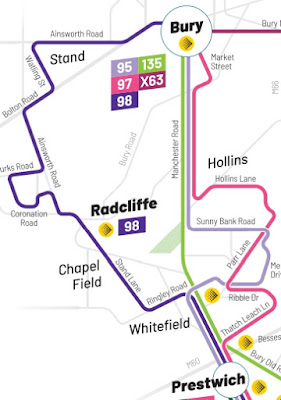 This is the "direct" Manchester to Bury service running every 8 minutes Monday to Friday.

The livery has a First Bus style "wedge" in the green of the route map, separated from the blue by that strange collection of diagonal lines. 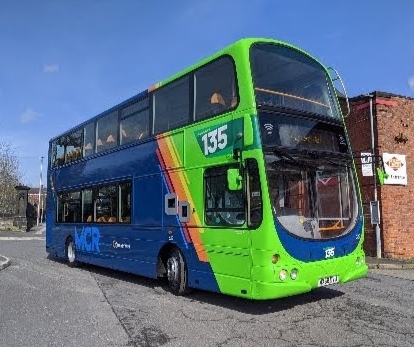 Nicer than the plain blue, though!


Next Princess blog : Friday 21st March
Posted by fatbusbloke at 02:00