The dismemberment of the comprehensive network developed and improved by First Bus / First Kernow / Cornwall by Kernow is so grim (and so stupid - well done Cornwall Council) that it needs more than a passing comment in one of fbb's Assemblage blogs. Suffice it to say that 27 route numbers have disappeared an two are new for the "Summer" timetable which starts at the end of the month.

Mr Fearnley must be crying into his pension pot at the consequences.

So, much more tomorrow.

Jim Stones Just Survives
Mr Stones, you will remember, was intending to sell his company if possible or simply close down in April. A report in the trade press suggests that no one wanted to buy - huge surprise (NOT) considering the desire of Mayor Burnham to franchise the lot. 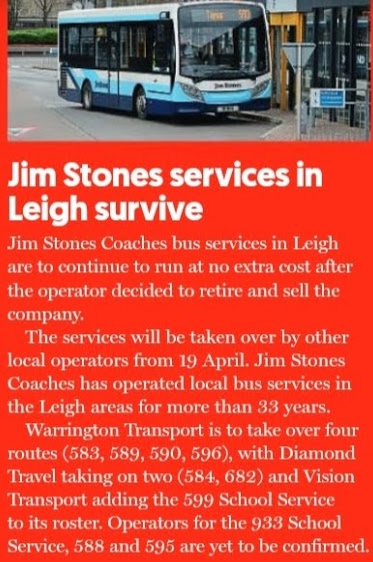 Good news for Leigh and possibly some of Stones' drivers.

Numerical Troubles with New Trains
They don't have enough that are working! 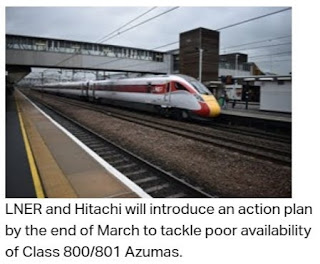 They say that they've got 45 sets and, currently, they need 37 for a weekday service. 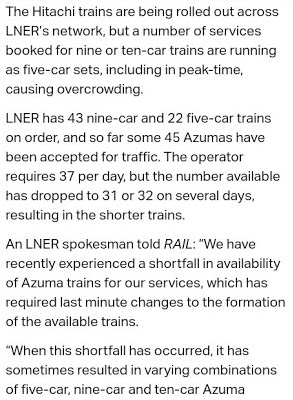 That's 8 spare. So why, please, have L N E R got 14 trains in the dock? They have only just been delivered.

Don't say it, please. Ask the question instead. Why do new trains, extensively tested in the UK and on test tracks in Europe/Japan/etc., suddenly stop working once they need to carry passengers?

And Thus Over Optimistic?
Huddersfield has become very excited. 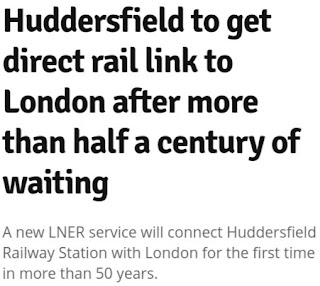 First announced in 2014, this service will start with the May timetable change. Just one train a day, to London in the morning and back in the early evening. 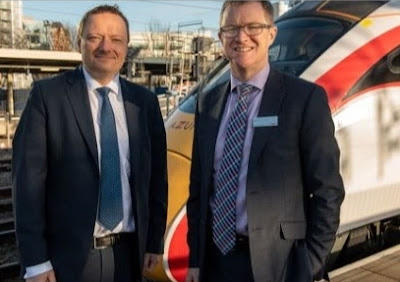 The boss of L N E R and a top dog from Huddersfield are shown enthusing.

The cunning plan is to run a five car Azuma to Leeds and tie it to another five car Azuma and run ten to London; likewise the return journey splits at Leeds.

Lets hope they have enough working five car units available by May!

Short-formed azumas sounds a bit like an embarrassing disease of the bowels. Nasty.

Remember The Floods
A couple of weeks ago correspondent Alan (NOT Northampton Alan) sent in some pictures of buses in the Lake District, namely the stunning purpose-built Stagecoach vehicles on the 599 service. 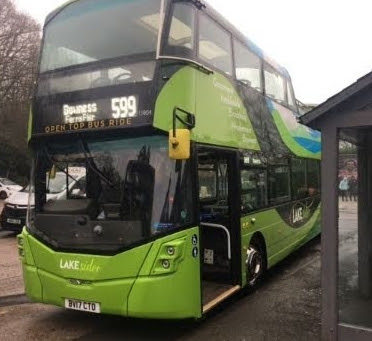 It rained most of the time he was there, typically Lake District, and everywhere was very sodden and, in some places, underwater. 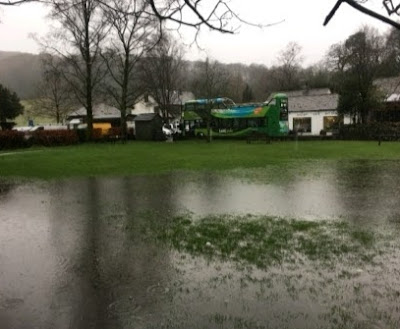 The picture below might be entitled "a triumph of hope over adversity" ... 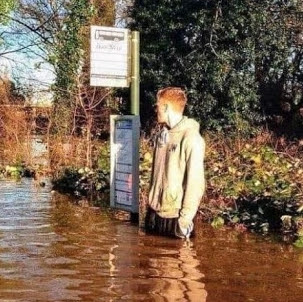 ... but really there wasn't much hope!

Surprisingly, Alan did not spot a single passenger on the exposed part of the top deck.

A Triumph of Insanity Over Business Sense?
Having observed the collapse of most "uber" style bus services, if not straight away, certainly soon after developer or local authority subsidy ceases, it never ceases to surprise fbb when yet another new such service is announced.

Go Coach has done a splendid job in rejuvenating services in the Sevenoaks area with smart vehicles ... 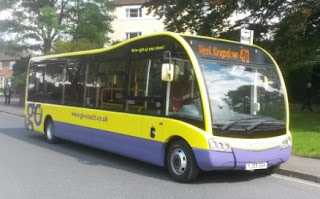 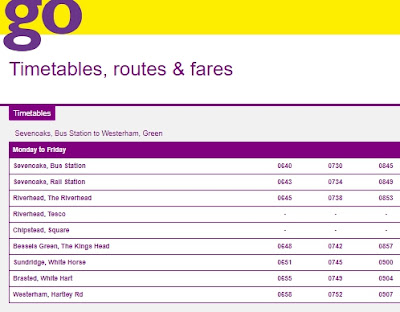 Now comes the news that the company is to start a App-booked demand responsive service. 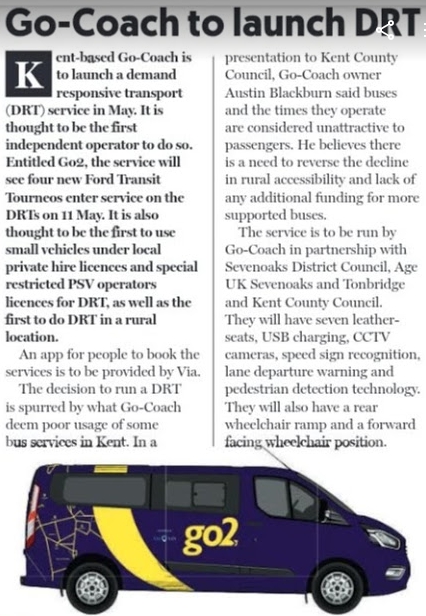 Bags of pennies will be supplied by the groups listed above and Go2 must hope (even pray!) that the subsidy is enough because, for certain, the service will NEVER be commercially viable.

No doubt Roger French will be trying it out when it all kicks off in May.

Coming Soon To An Airport Near You?
Yet more money from Heathrow for a new bus service. Starting soon will be the X50 from High Wycombe to Terminal 5 and the central bus station. 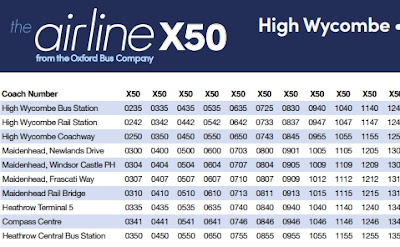 Operated by GoAhead's Oxford Bus, it runs approximately every hour and is VERY limited stop. 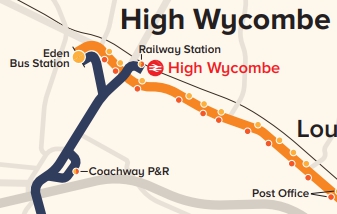 Three stops in High Wycombe including the Coachway (and Park & Ride) near the M40 ... 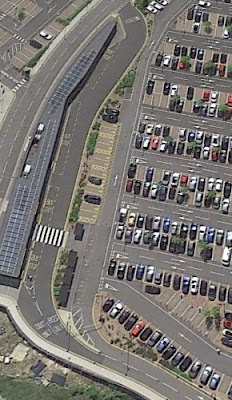 ... and four in Maidenhead. 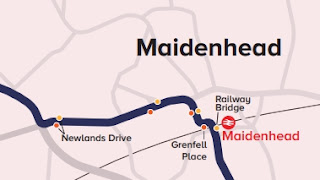 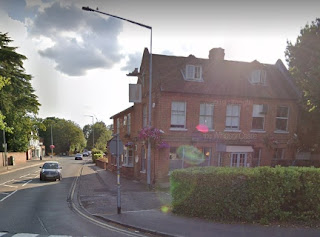 ... as they would be surprised to think Her Maj lived in a pub!

The three stops at Heathrow are as expected.

Will the business grow? Or will it be yet another Heathrow funded albino pachyderm?

It starts on 29th March.