Life And The Limits Of Lockdown (1)

fbb has not really had time to think about the consequences of "lockdown".

Clearly, this provides one key privilege of being old and "past it", namely the fact the various agencies send the old man a pension each month, so he has no fears about his inability to earn money.

But huge sympathy for those who jobs have evaporated.

Then there is his work for GoTimetable Sheffield.

Two and a half days of frantic timetable acquisition and editing have ensured that users of the App and web site will have an up-to-date and complete set of timetables (bus and tram) from today onwards. Not beautifully done, but adequate for a transport world which will continue to change, almost certainly at short notice.

Much of the information was released late last week, so it has all been a bit hairy.

It was Roger French that set the old man off on a new project, instigated before lockdown, but a good way of keeping the "leedle grey cells" more active than they would be whilst watching daytime television!

Roger reminded fbb how bad public transport information was at Heathrow, particularly in the wind tunnel that is Terminal 5 bus station. At much the same time fbb was adding his two penn'orth to the ether in the form of a series of short blogs about Terminal 5. 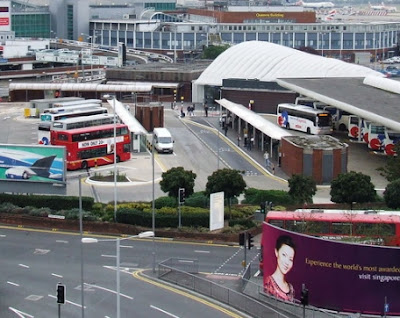 ... but No 1 son has a negative view. He often jets off to far flung places (or did before the Virus) and has found the big tent confusing. There is a strong emphasis on long distance coaching ... 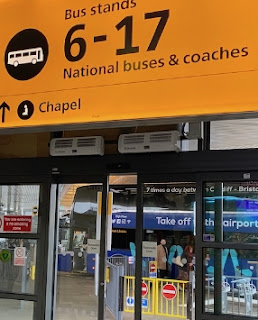 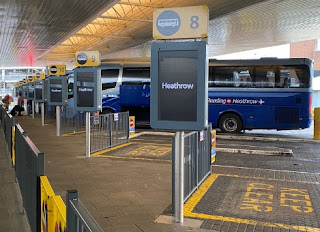 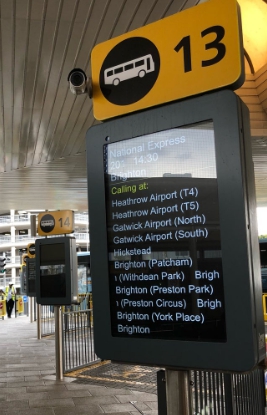 But the humble bus is most definitely second class; with services leaving from a line of shelters beyond the luxury of the tent. 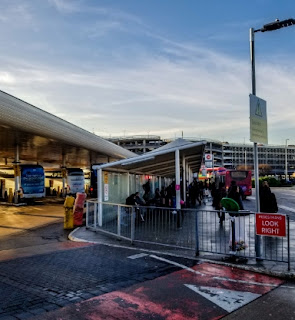 When fbb visited a few years ago, he was disappointed with ambience and information. Leicester's Haymarket and St Margarets bus stations are far better. 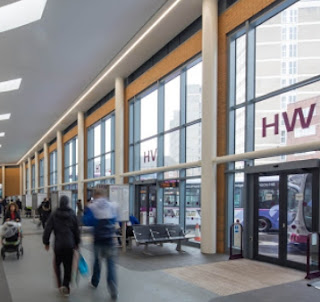 So why not have a go at a GoTimetable Heaathrow?

How easy would it be to assemble timetables (NOT simply departure lists) and route maps for the various terminals - and even add rail in as well?

An interesting challenge to while away the stay-at-home hours spentj tearing up newspapers for use in "the smallest room". 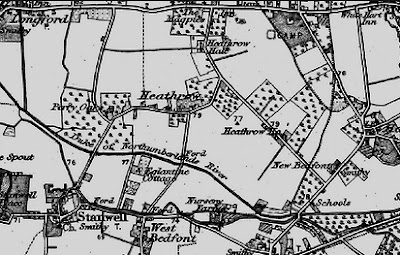 The straight road across the top is the old Bath Road (A4) and the map shows Heathrow Hall. 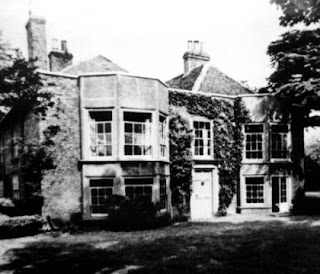 Sometimes it is quite hard to remember that the present airport is actually one year (and a bit) YOUNGER than fbb.

And why did the Duke of Northumberland have a river in Middlesex?

This section of an ancient but artificial waterway diverts water from the River Colne at Harmondsworth (just west of Heathrow Airport) flowing eastwards to the River Crane. The section past Heathrow was diverted south in 1944 when the Airport was constructed. Both rivers have recently been diverted again because of  Terminal 5. They skirt the western and southern perimeter of Heathrow Airport then separate at The Two Bridges in Bedfont, southeast of Terminal 4. 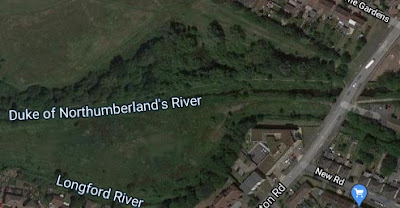 The Duke's River then flows east to join the Crane in Donkey Wood, by Baber Bridge in North Feltham, west of Hounslow Heath. 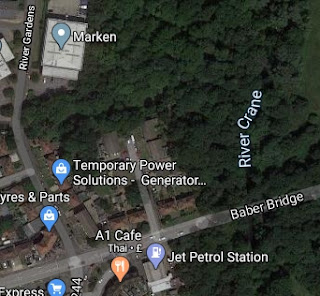 His Dukeship owned Syon House and the channels were dug to provide water for his estate and its associated appurtenances.

Is a parent vindictive if they punish their children? If so then fbb must be one of the most heartless and vindictive human beings that walked the earth!

Of course a loving, caring parent will set behavioural limits, draw boundaries, praise them when they comply and punish when they step over the line.

What the punishment is (or was) is a feature of contemporaneous society. We no longer thrash our children thoroughly and make Nanny put them to bed without supper (well, not often).

So what are God's behavioural limits and boundaries?

Enter an old man with a beard staggering down a mountain in 1200BC clutching a couple of too-heavy-to-carry gravestones. 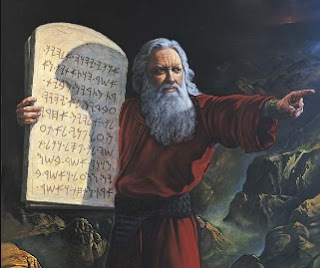