If you are "old", you will remember this!
In 1954 BBC television moved from a "talking heads" news bulletin to something more "visual" The "moving pictures" were cine film transmitted, effectively, using a TV camera pointing at the film image - crude but effective.

The transmitting tower in the ancient clip above was at Alexandra Palace - always known as Ally Pally. In fact BBC News was broadcast from there until 1966. Ally Pally was where BBC televsion transmissions began. 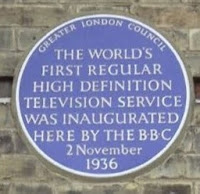 The complex opened in 1873 and promptly burnt down. 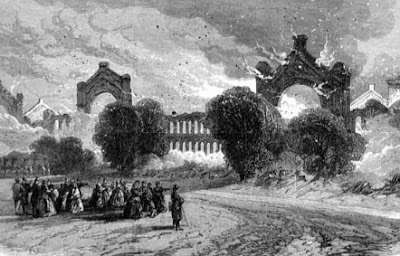 It was equally promptly rebuild and, in 1900, became designated as a charitable trust to provide free access to all. 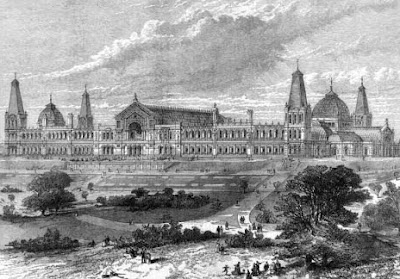 In 1980 there was another disastrous fire.
Restoration and rebuilding has continued in fits and starts since then, culminating in the re-opening of the Theatre in 2018. 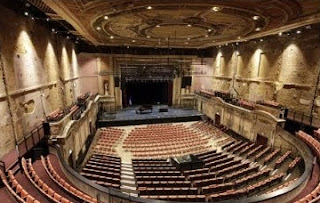 Originally designed to seat 3000, its present capacity is a modest 900.

Throughout all this, the BBC tower remains although it has lost its distinctive spider spikes ... 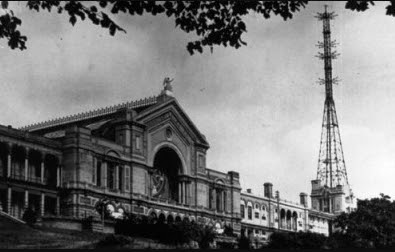 ... as technology has changed.

Also in 1873, the L N E R opened its branchline from Highgate to the Palace with a station on the north (rear) of the building. 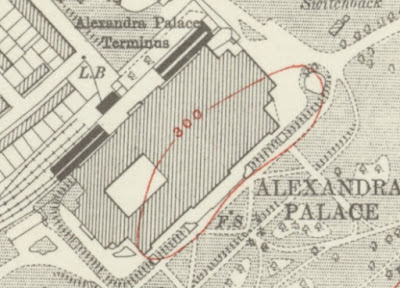 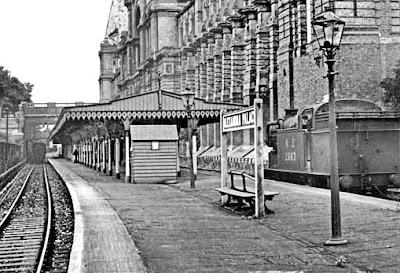 ... with a similarly modest station building. 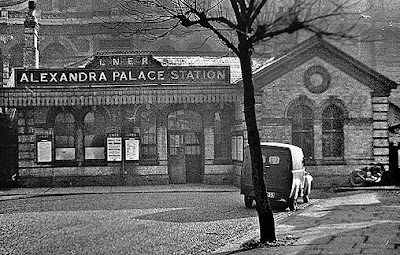 When the Udnerground absorbed the LNER line via Finchley, it ran in tunnel below the original Highgate Station leaving the Alexandra Palace line all on its lonesome. 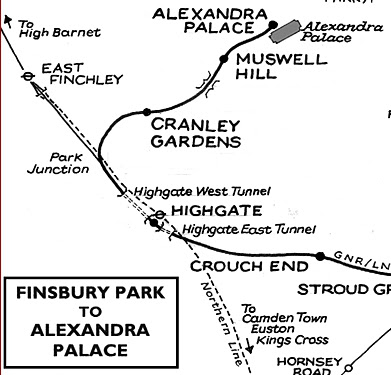 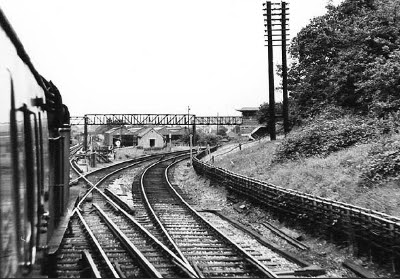 ... is lost amongst the entrance tracks to the Highgate Undergound depot. The tunnels are still there ... 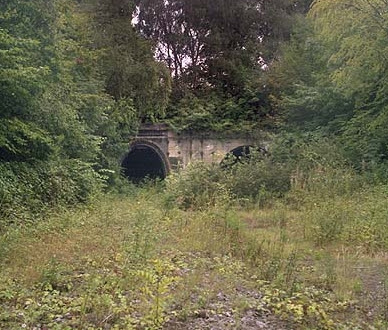 ... as, of course, is the rebuilt Highgate L N E R station (seen here looking towards tunnels and Park Junction) ... 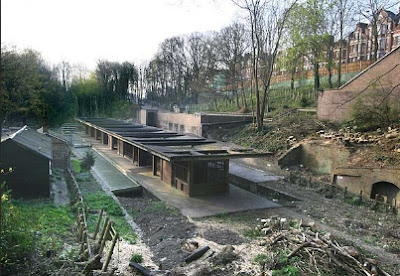 ... all ready for Undergound trains from Moorgate that never came. 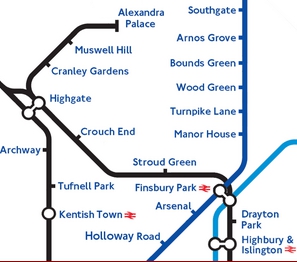 The energetic explorer could walk the line from Finsbury Park park to just short of Highgate by starting off just north of the tennis courts in the park ... 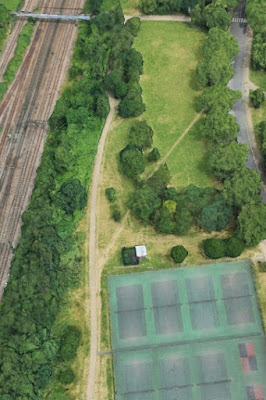 ... across the footbridge then fork right ... 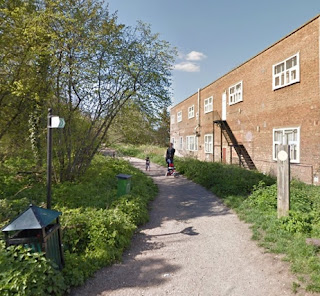 ... and from here to Holmesdale Road at the Highgate Station end you will be ambling along the trackbed of the branch line. You will cross over on over bridges ... 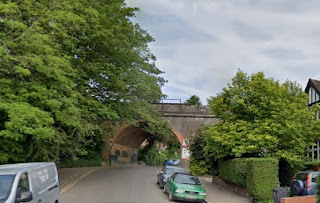 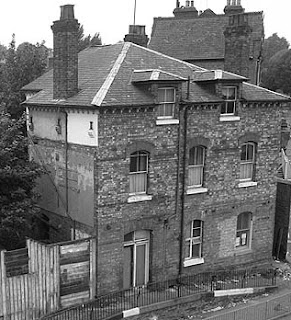 ... and the remnants of Crouch End. 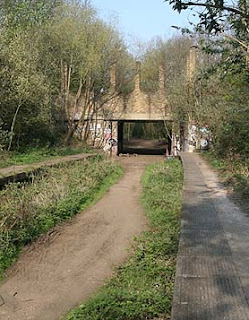 The strange brickwork is a piece of "urban art" replacing the station building! 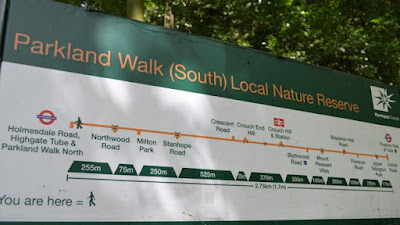 The walk ends on Holmesdale Road ... 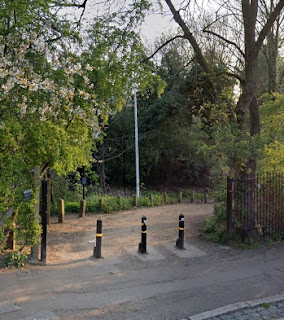 Just round the corner from Highgate Station. 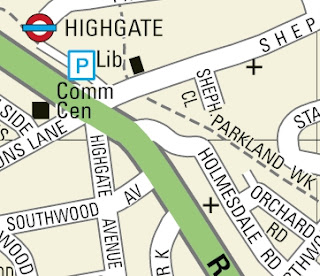 Only one short section of the trackbed of the Ally Pally branch itself is officially accessible between Cranley Gardens ... 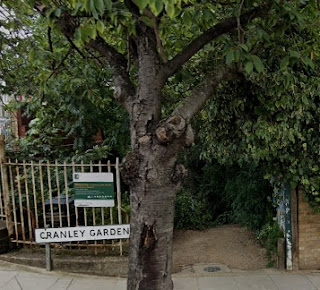 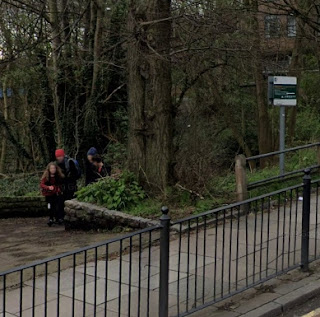 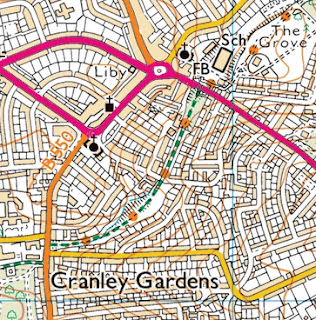 Along here you can get some spectacular view across London! 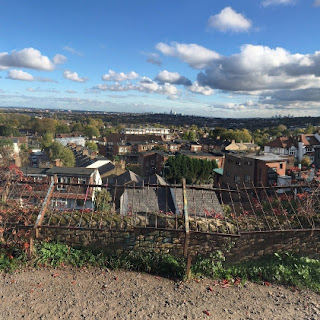 But, joy of joys, the station building at the terminus still stands and has been refurbished for charitable use. 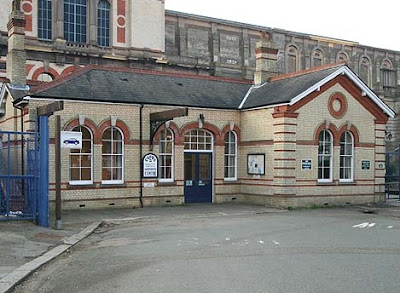 You can almost close your eyes and imagine red Northern Line trains gliding along through the trees, whisking their passengers from Finsbury Park and Moorgate to funtime at Ally Pally.


Sadly, only a dream! 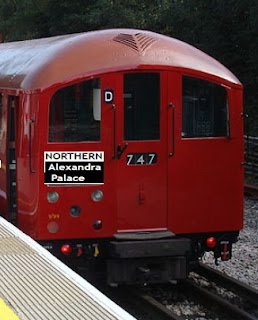 
Next "explosive" blog : Thursday 12th March
Posted by fatbusbloke at 02:00