As fbb was exploring, virtually, the parts of Vienna visited by No 3 son recently, the following oddment kept popping up in Google Streetview - not one, but two Ferris Wheels. 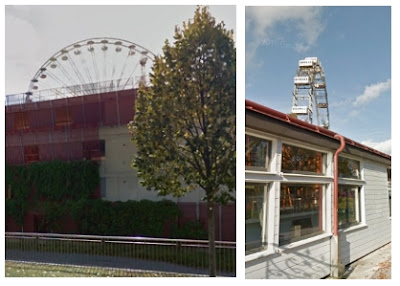 Then, when fbb was looking for meaningful views of the big transport interchange at Praterstern, this appeared ...

The pictures in the window implied that, in some mysterious way, this hut would offer fbb a Candlelight Dinner (difficult to translate from German to English), Romantisches to boot ...

Aha! All becomes clear. And there it is in a picture dated 1901. 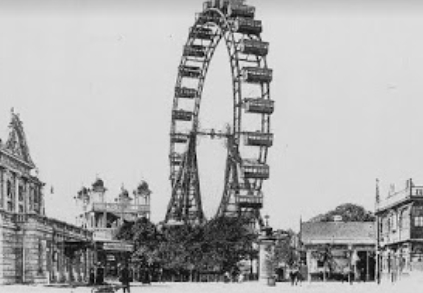 This (older wheel) was built in 1897 by the gorgeously named Walter Bassett Basset RN, an Englishman (obviously) whose Ferris Wheel business was a noble failure. He died penniless in 1907. The Wiener Riesenrad was damaged in WW2 leading to half its cabins being removed. 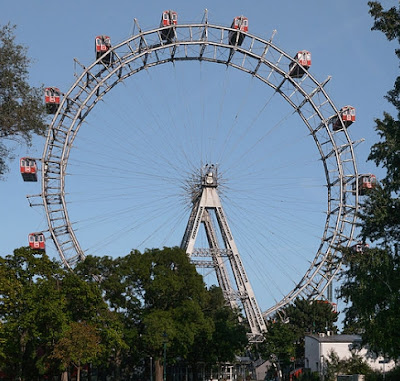 Sadly the cabin at the entrance is NOT one of the originals - contrast and compare - but you get the idea. 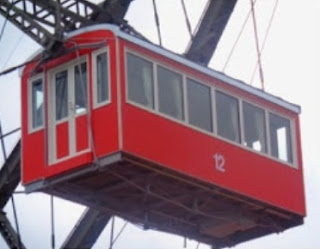 The Riesenrad is an enduring feature of the Prater Park, packed full of exciting rides ... 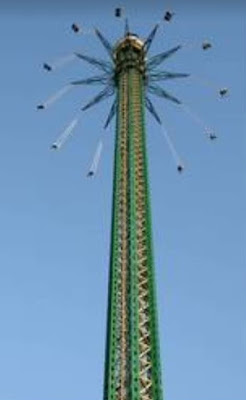 ... including one which dangles you on a seat attached to a spinning thingey by some very slender bits of string. 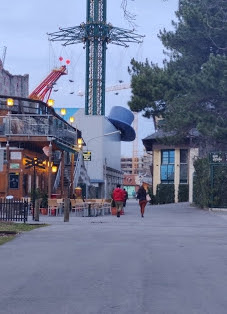 But first you have to be hauled up to a terrifying height - and you PAY for this myocardial infarction inducing privilege.

No fear! Hmmm? Probably quite a lot of fear?

There are oodles of food places and delightful (?) tat shops ... 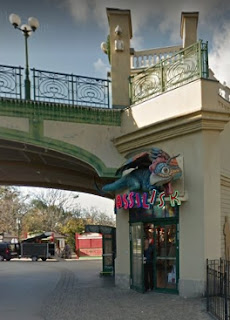 ... and assorted exhibitions; simply a feast of fun for all ages. (?)

But one item of earth-bound transport caught fbb's eye as he scanned the pictures send my No 3 son.No, it wasn't the "Road Train" ... 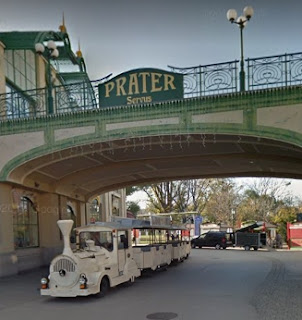 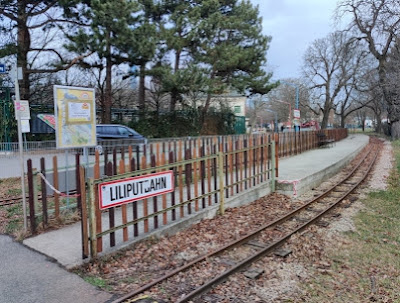 This was closed for the winter months but looked intriguing. 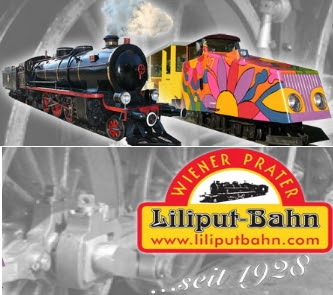 The easiest way to find it is to travel on tram No 1 to its sylvan Prater Hauptallee (= main avenue) terminus. 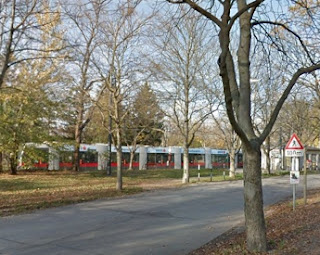 The Liliputbahn "Rotunde" stop (Yeah, say it - ideal for fbb!) is just across the road ... 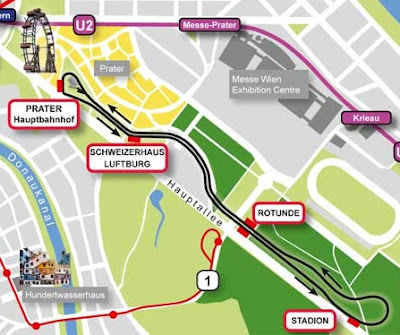 ... but well hidden! It means (and is pronounced) Rotunda. 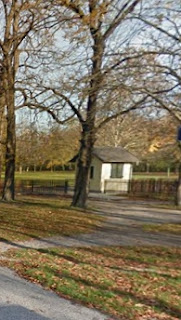 No 3 Son was working at the Messe Wien Exhibition Centre but, disappointingly (?) had no spare time to enjoy the rides that were in operation.

The above blurb says it all. Four diesel locos ... 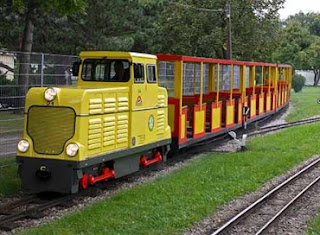 ... are joined by its two steam locos bought for the line's opening in 1928 and still going strong. 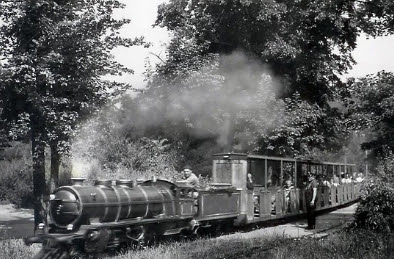 The steamers only appear in peak summer.

Four rakes of six open sided cars are available. Wikipedia tells fbb that the line is double track throughout allowing four trains to be run.

It is a single track squashed circle as shown in the plan. The signalling does allow multiple trains to be run. Trains run every fifteen minutes in the peak season which suggests, with a round trip of 20 minutes, two sets could do the work; but possibly three are used to speed loading at the terminus.

There are plenty of videos on line but most are either too long (the full round trip) or sub-minute clips. Below lasts about five minutes.
And there is plenty more to enjoy ...

... not to mention the caffs and food stalls. 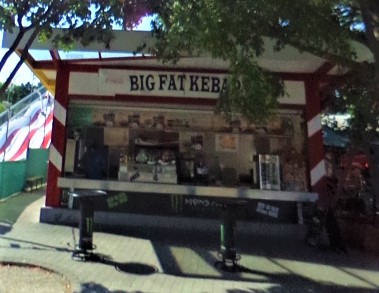 And for your complete information:-

ermäsigt = "reduced" : the notes at the foot of the on-line leaflet show that this reduction is available to holders of various Vienna annual travel cards and "Youth" cards. Nowt for the OAPs?

Annual season tickets are available also a combined train and Ferris Wheel option - it looks as if a day at the Prater Park is not cheap. Each "attraction" (?) is separate and there appears to be no "day pass" option.

But it would be good to be hauled by steam locos from 1923, even if you had to suffer Schmieröl und Kohlenfeuer um die Nase. A discomfort worth enduring?