An Arriver at Iver?
Yes, the word does exist - "someone who arrives". 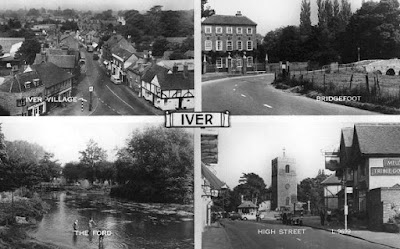 Iver village on the Uxbridge to Langley road has a pre-Domesday foundation and Neolithic pottery fragments and other artefacts (artifact - US spelling) have been discovered. The village church has shards of a Saxon window, and elements dating from the 15th century, 16th century and 17th century can be seen. The village has numerous houses from the 16th and 17th centuries.

It's main bus route is run every 30 minutes by First. 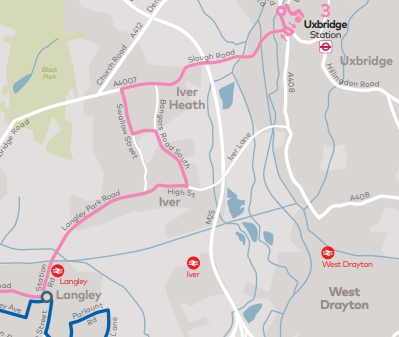 First created the 3 by merging one of its local routes between Slough and Langley with the longer run to Uxbridge. 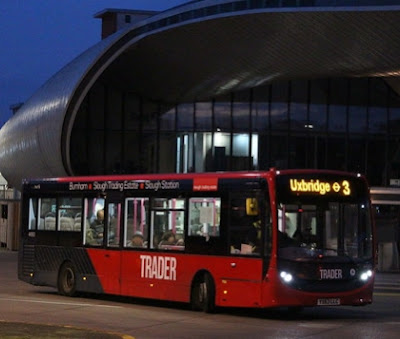 "Trader" branding is/was for current routes 12 and 13 serving the famous (and vast!) "Trading Estate" to the west of Slough town centre. The Trader does/did not run to Slough! 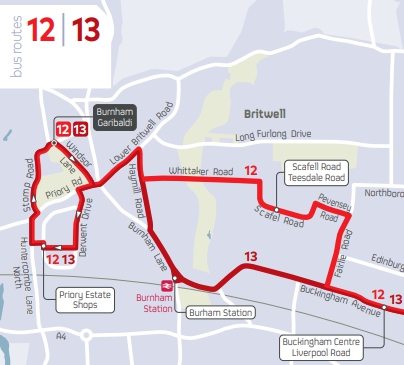 Iver has a station on the Great Western main line from Paddington and is currently served by a seven days a week half hourly service of Elizabeth Line (a k a Crossrail which doesn't yet cross) trains to Reading. 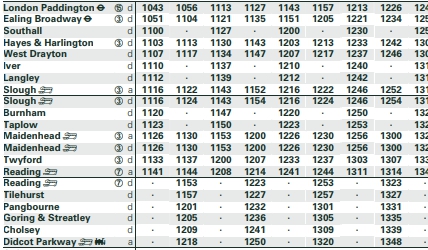 This is a video screenshot of a class 345 on test passing Iver - gently. 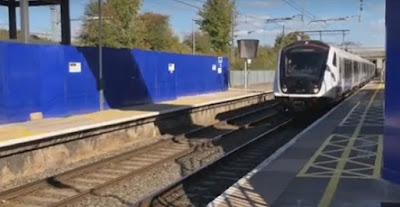 Iver has platforms on all four lines, but 1 and 2 are rarely used ... 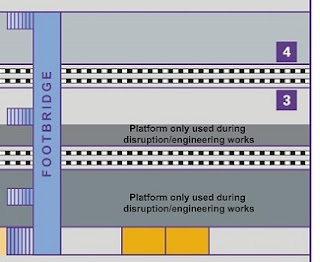 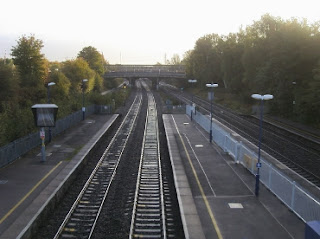 A new station is in the offing, plus lifts ...

... which will replace the delightfully quaint facilities of old. 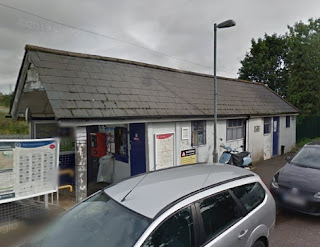 Once "the lads" have finished the tunnels through central London, Crossrail promises a 15 minute service for Iver.

Of course, Iver Station is not at Iver. 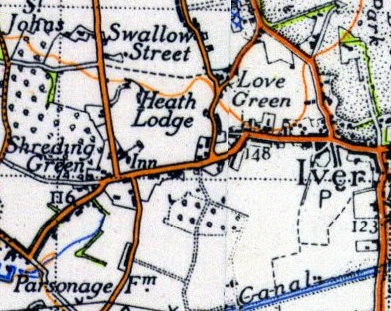 Travel south and cross the Slough branch of the Grand Union Canal and you find the station ... 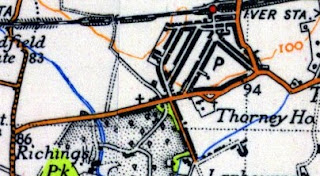 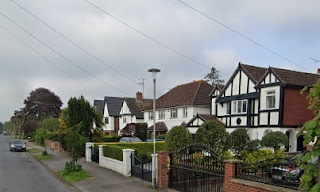 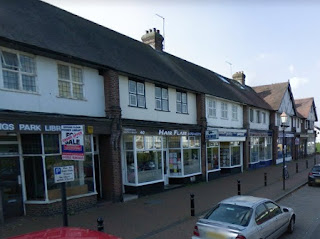 ... and even a small supermarket. 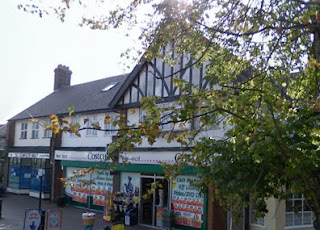 In some ways this is all very similar to London Underground developments (e.g. MetroLand) although the Metropolitan would have built the facilities AT the station. This is Richings Park, named after a nearby country estate now a goff club. 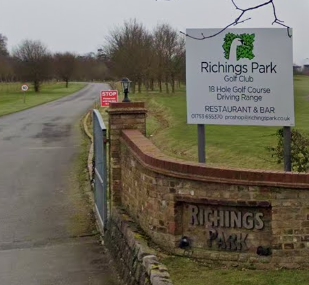 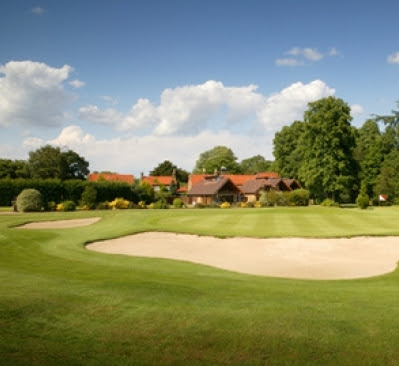 A footpath walk from Iver station (at Richings Park!) will take you to the nearest bus stops ... 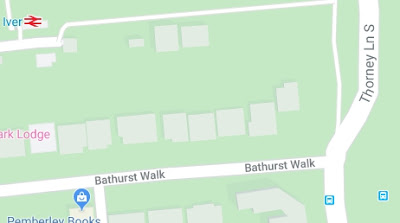 ... which, when Streetview trundled past, lacked any existential evidence. 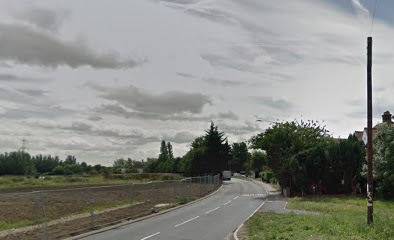 Maybe the rebuilding of the railway bridge - ... 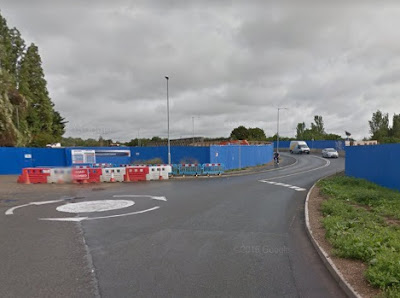 ... to provide clearance for the electric string - involved removal of shelters, seats, poles and flags? Or maybe they were never there in the first place?

Until last year, the only bus serving these invisible stops was the 583 ...

... offering a roundabout route to Slough and a slightly more direct run to Uxbridge. 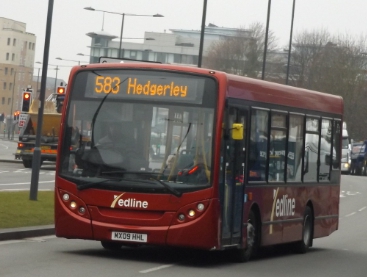 Operated by Redline of Aylesbury it is a tender for Buckinghamshire County. It does, however,  serve the delightful Stoke Poges ... 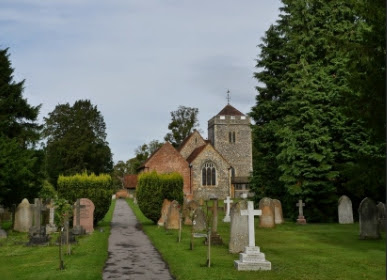 ... reputedly where Thomas Gray penned his "Elegy in a Country Churchyard".

The curfew tolls the knell of parting day,
The lowing herd winds slowly o'er the lea,
Redline 583 plods its weary way,
And leaves the world to darkness, Slough and me.

Now fades the glimmering landscape on the sight,
And all the air a solemn stillness holds,
Save where the streetlamp wheels his flick'ring light,
And strident car horns shake the distant folds:

Save that from yonder ivy-mantled tow'r
The moping owl does to the moon complain.
Thus I at this ungainly evening hour,
I should have gone to Iver on the train!

Actually, no one knows where he was when he wrote it!

But last year it all changed. Richings Park got a new bus route that in some ways was actually quite old! Bet you can hardly wait until tomorrow to find out all the thrilling details. It's simply electric!

Well, it was! But is does go to Terminal 5 in case our reader thinks fbb has forgotten the purposee of this series of blogs!

Next Terminal 5 blog : Thursday 6th February
Posted by fatbusbloke at 02:00