First Bus' Jurassic Coaster originally ran all the way from Bournemouth to Exeter. Indeed many years ago fbb took a train from the Isle of Wight to Exeter via Westbury and rode the X53 all the way back to Bournemouth, such is/was his dedication and much stronger bladder! 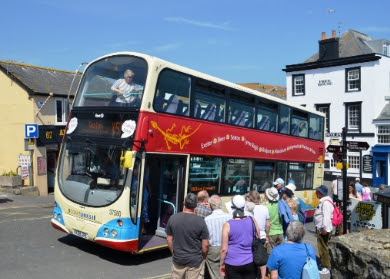 The service was subsidised by a cabal of local authorities anxious to see tourism develop. Together with initial enthusiasm from First and the bag of pennies from the supporters the service expanded and appeared to be doing very well.

But, local authority money was reduced, withdrawn and First opted for commercial operation. 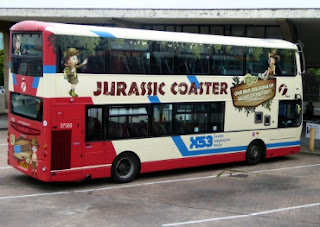 The pattern of decline continued with removal of the through service and pruning of the timetable making return journeys harder and harder to complete. This, combined with an almost total lack of publicity along the line of route, meant that total withdrawal was inevitable.

At the Exeter end, Stagecoach ran from Lyme Regis all the way to Exeter, so only two (small?) groups of passengers lost out. There was then no bus from Beer to Exeter without doubling back to Seaton and changing or travelling infrequently via Branscombe into Sidmouth ditto.

Seaton and Beer people in particular were incensed that there would be no through bus to the ginormous Devon and Exeter Hospital.

Devon County Council thus arranged a tender with Axe Valley Travel (AVT) for one service 52 Monday to Friday return trip from Seaton and Beer into Exeter (arriving 1110 and departing 1340) operating via the X53 route past the Hospital. This would allow time for limited shopping in Exeter and visiting at the hospital, but would be inadequate for the majority of hospital appointments.

So fbb's Birthday treat was a ride on AVT's service 52, now over two years old.

The old man and his slightly older wife toddled along to Marine Place to join the journey. For a small company AVT's publicity is remarkable good.

Clear label on the shelter ... 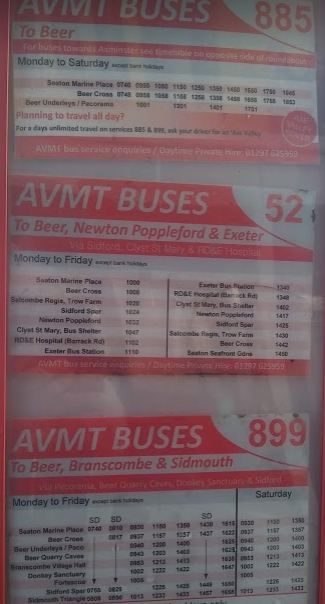 ... and even a small rack with one timetable leaflet therein. 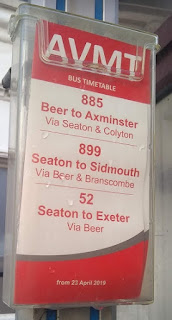 This contrasted with the info provided by Devon County which seemed to think the 52 started at Lyme Regis ... 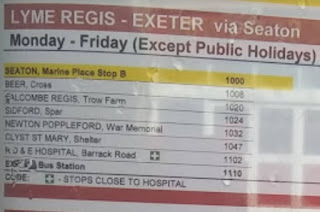 ... an irrelevant fact (were it true which it isn't and never has been), followed by an equally irrelevant and in part incorrect heafing for the local service to Beer.

The bus stop flag has never admitted to the 52, but the X53 has been expunged. 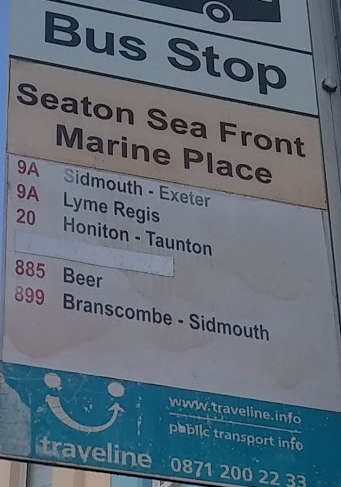 As a special treat the electronic screen was working, but was largely unreadable with text too small and back lighting too feeble against a bright February sky. 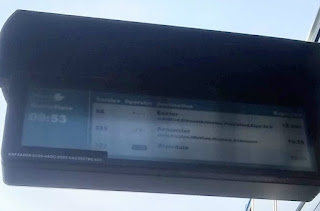 fbb did wonder what the purpose of the 32 digit reference number on the display unit might be and who would bother to use it.

But 20 brave souls joined the bus at Seaton ... 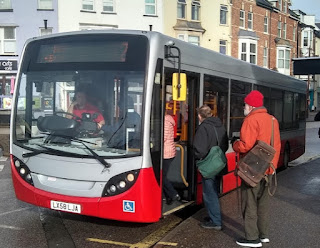 ... and settled next to windows provided with a spattered mud version of Contravision. 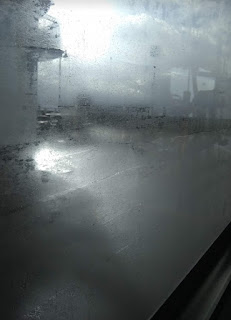 The bus has been on the road earlier doing a school run to Lyme Regis under heavy rain and high winds.

One solitary soul joined at Beer. Three alighted en route in the Sidford area; two joined. One alighted at the hospital on Barrack Road. 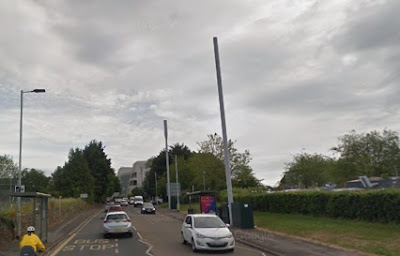 One alighted at the curiously named Livery Dole on Heavitree Road ... 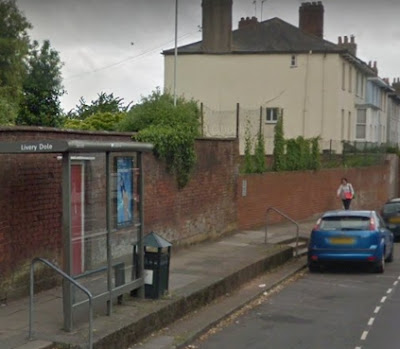 ... one at the Pyramids leisure centre (elderly lady with walking frame off for her Tuesday workout?) ... 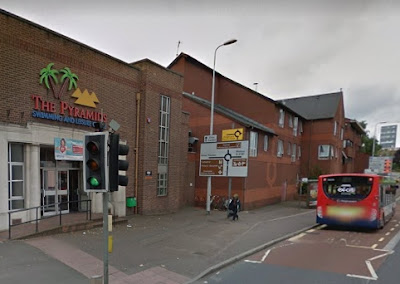 ... but the majority joined fbb and Mrs to leave AVT's finest and its plethora of rattles and creaks at Exeter bus station.

This was not the most luxurious style of bus travel.

Only three passengers used the unique locations served by the subsidised 52; the rest could easily have used the 9A (unsubsidised). It makes you wonder?

Regular readers will remember the on-and-off saga of the new (too small, of course, and further from the main city centre) bus station. 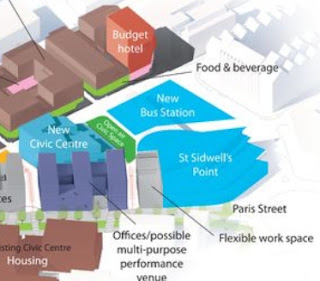 Well work has started on the commercial development but not (again, of course) on the new bus station. Money-making stuff must come first and let the public suffer! 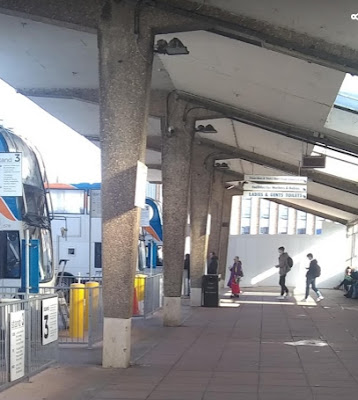 Several stands have been lopped off the end of the present structure including the enclosed waiting room. 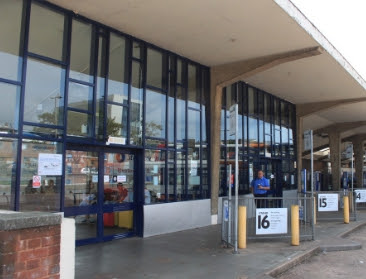 Signs still point to the toilets but the way is blocked. 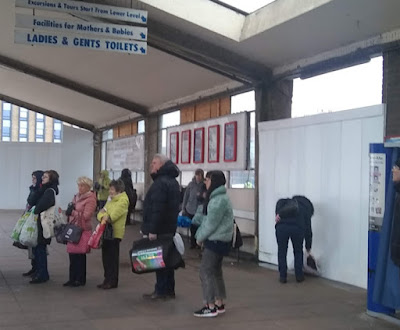 There is access at the other end of the bus station, but why leave the signs in place?

It was cold, draughty and the roof leaked. The bus station is owned by Exeter City Council but, neither they nor lessees Stagecoach care enough for their passengers to make it even slightly habitable.

At least the enquiry office is still open (one set of doors not working, obviously the electrically powered entrance with disabled access ramp) and fbb could, joyfully, obtain a leaflet for the second part of his day of anniversarial thrills.