fbb has already extoled the bus station office with its full set of route timetable leaflets of which fbb's I J K T became a little soggy and battered. 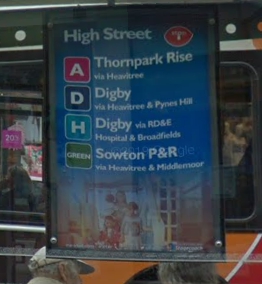 There were fares offer posters with real timetables, the latter being bespoke for the stop not just a complete leaflet glued in ... 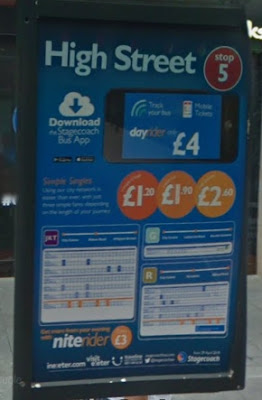 The local authority once had electronic departure panels at each stop, but these are replced by one per block of stops and oddly they face the road, not the bulk of the pavement. 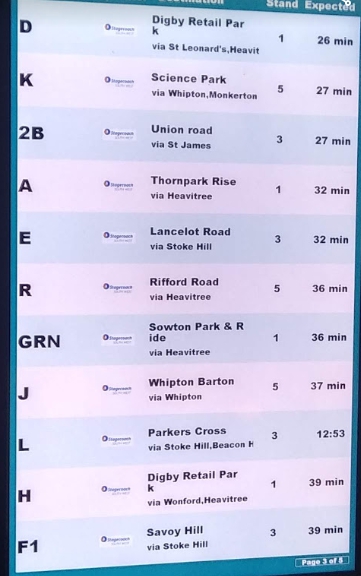 There are FIVE screen to watch and it is easy to miss what you are looking for. Again fbb suggests that such displays should be in route number order and not time order. A potential passenger usually needs to know (e.g.) when the next K is; folk rarely ask themselves, "It's 1253, where shall I go next?"

Do we really need to know which company is operating the bus? Cutting that out would help with:-

And how about including the Hospital as a via point?

But it is out on the road that things are disappointing. On fbb's K you have the full range of Stagecoach's bus stop "flag" collection (and an apology for poor photos and oddities over-enlarged from Streetview, but the weather was awful!)

You could have very old flags with peeling sticky labels ...

... flags with easy to read route numbers in white on blue ... 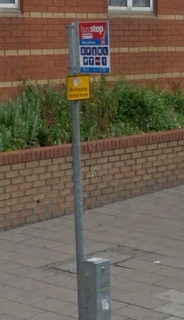 ... and flags with very small route numbers and misleading destination names. (yes, that is what was in use here c/o Google - but fbb missed it in passing!) 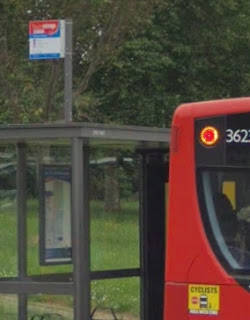 Most flags, however, were unadorned with route information. 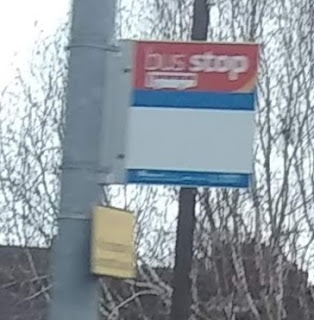 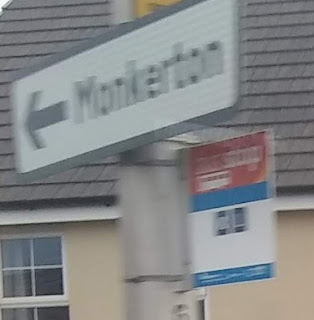 ... which only passes at peak times. Explanation needed, please, at the stop.

An even bigger disappointment was the number of shelters with inviting spikes ... 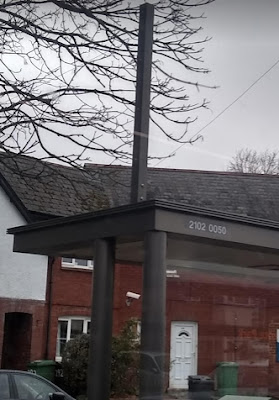 The I J K T complex of routes is difficult to unravel for a beginner and clear, correct and helpful information on the flag would be a huge encouragement to new and occasional users.

fbb will opine yet again that the bus stop is free advertising for the service and should be of high and consistent quality. Ideally a stop flag should provide route number, summary destination and stop name and there should be a frame with a timetable or, at worst, a departure list, both in a large enough frame.

Not when compared with a new bus, its driver and fuel!

Whilst route equipment was disappointingly poor, the bus itself was an excellent vehicle. Its cove panels were well used to promote the services ...

... including the excellent Falcon. There is also a clear network map for city services. 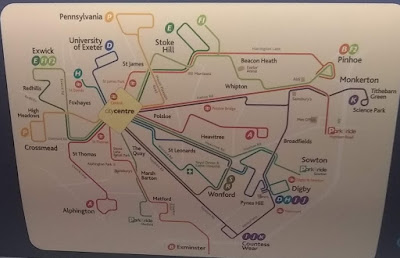 But sadly it is incorrrect. Some recent changes are not included - like route L to Pinhoe, formerly F2. 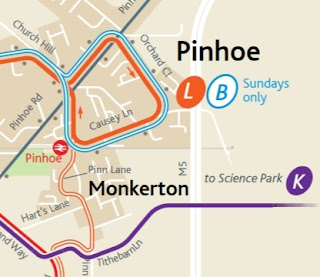 The L is THE service to Pinhoe running every 15 minutes!

Services in Exeter are generally very good; fbb's K was an excellent ride, well driven by a helpful and friendly driver - such a pity that the detail is so disappointing. 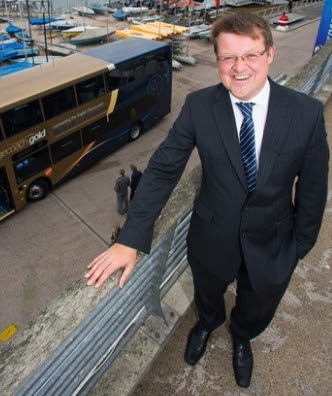 Maybe new boss Mike Watson will sort it out, BUT ... 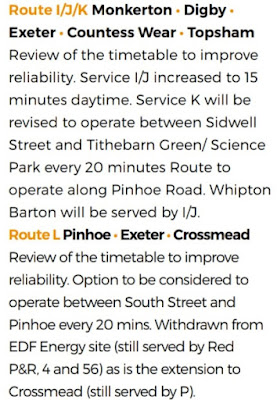 ... and will change maps and bus stop flag information in various ways. Are "the lads" waiting for that? OR, has everyone been poised with excitement to use the new livery and pallid beachball on a new range of bus stop vinyls?