It's almost been a second Christmas at fbb mansions; with several exciting packages arriving (or expected) by mail. One was even in a Christmas box! 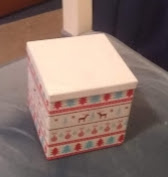 Inside was a "Star" Mug, a goody to celebrate the launch, a few weeks ago, of new buses for the routes linking Portsmouth with Waterlooville and beyond. There was also a "Star" notebook. 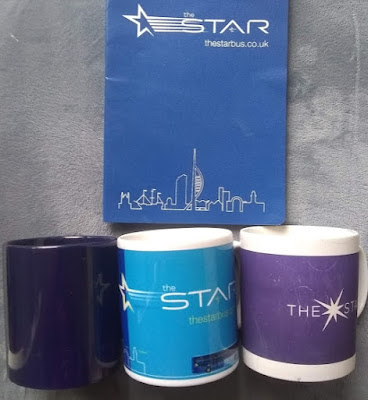 The latest "Star" drinking vessel is shown (centre) against that from the route's original launch (right), now faded but still recognisable. On the left is a "celebratory" mug for the Buses For Sheffield branding of the Sheffield Bus Non-Partnership. Its transfers faded very quickly under the onslaught of dishwasher chemicals, presaging the steady fading of the partnership itself which barely still exists.

Essex Airlink P.S.
No goodies as such (yet?!) but a very interesting A4 "card" summarising the history of the services. 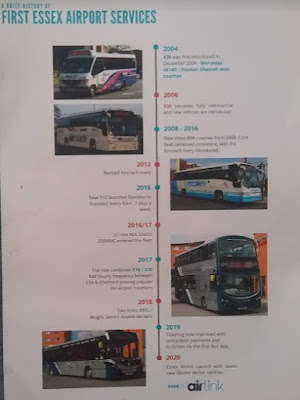 The X30 started in December 2004 with dedicated Mercedes midibuses ... 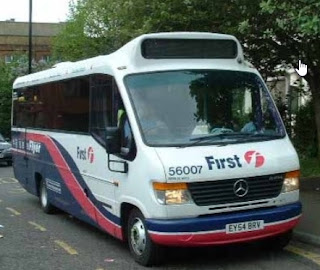 From 2008, coaches were in use including, a few years later, a couple dolled up in First's big block lettering style. 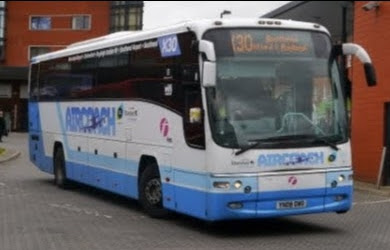 Also in the bag was an Airlink leaflet. This is really odd by today's standards. It is A4 in size, folded in half lengthways ...

... just the right pocket size for the BFG. 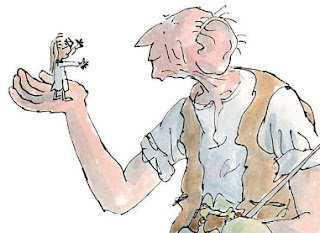 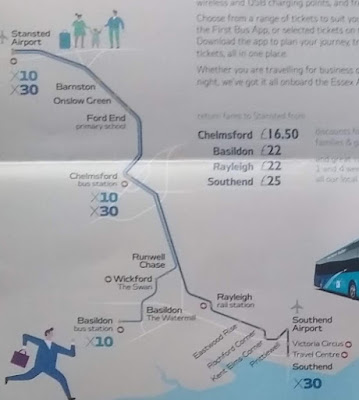 ... and departure lists for each route. 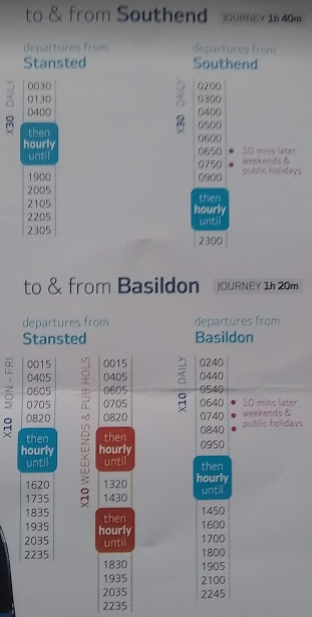 But for the combined timetable from Chelmsford ... 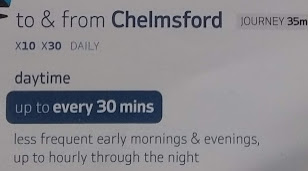 ... there is a poor summary. The last phrase is also a porky-pie. The service never runs "hourly" through the night!

But why not add a complete timetable for each? There is a whole "back cover" with almost nothing on it.

There is plenty of room for timetables and thus plenty of room to encourage passengers from intermediate points rather than leaving them to shiver expectantly in the cold and rain at Rayleigh! 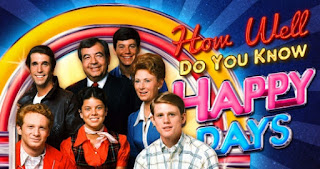 Remember the song? The back of a Lynx bus may remind you. 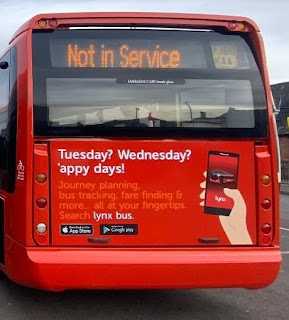 An interesting item on First South Wales' staff newsletter looks at statistics of different methods of paying for your fare. 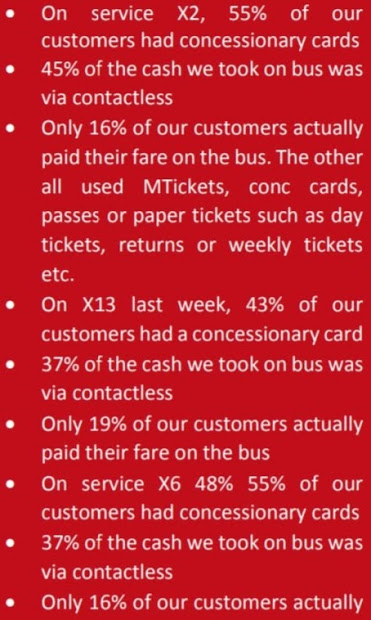 Positive Peterville "Plank" Procedeure
The replacement of the landform atop fbb's model tunnel (outdoors) has taken a positive step forward. No 1 son and No 2 grandson paid a visit at the beginning of last week (half term) and the latter offered to help. 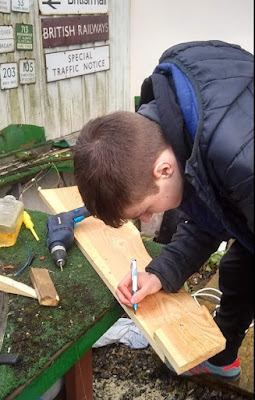 Worryingly the young man wanted to measure things. fbb has always based his skills on the famous guide to railway modelling by those Scandinavian stalwarts of the hobby, Ulf Bodgitt and Ivan Fudgitt. Between the fbb and grandson approaches, the "lid" was assembled ... 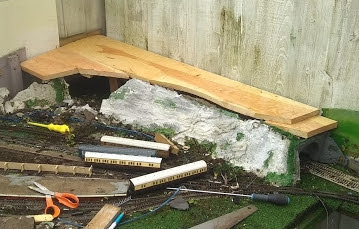 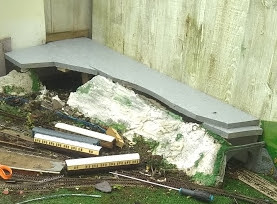 Unfortunately parts of the quarry face did not survive the dismantling and remantling, so there is more work to do than expected (similar to progress on the real railway!); but as you read this (and weather permitting) fbb will be re-assembling the scenery, re-creating the village of Peterville.

The new landform is level and the whole "thing" can be removed, this making work so much easier.

And A Delight From British Transport Police 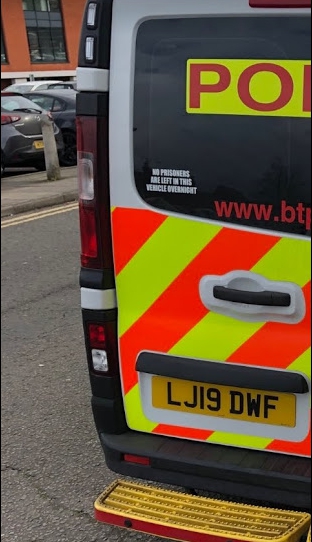 " no prisoners are kept in this vehicle overnight ".