The weirdnesses on the 43 timetable, here with oddly repeated times at Coach & Horses and Sainsburys in Dronfield ... 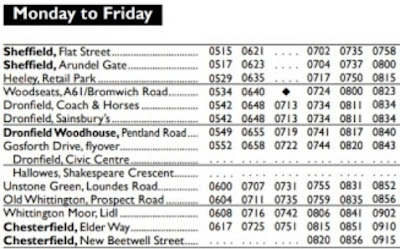 ... were quickly corrected as soon as the key man was sent a copy of this blog. 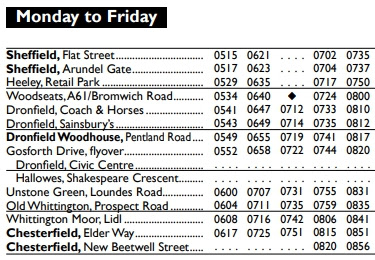 Also the conceptually correct but unconventional time of 0760 at Coach & Horses in the opposite direction ... 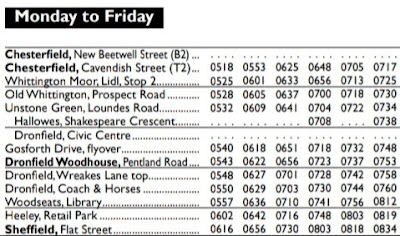 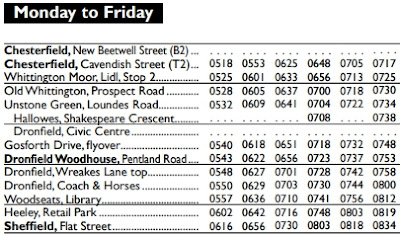 The Gyro Monorail Does Actually Work.
After typing yesterday's piece, fbb came across this picture on-line. 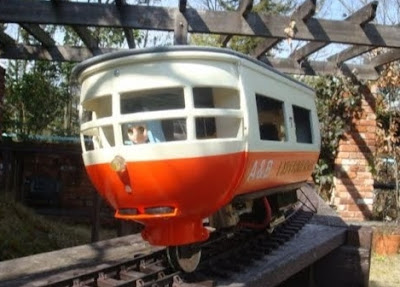 It is a model, but follows the principles of yesterday's reported experiment carried out at Gillingham in Kent. There are videos on line including this, of an improved version of the above.
fbb is still not sure he would want to risk riding in such a beast.

And Talking Of Monorails
Alan (Northampton) emailed a simple question. "Wot about Wuppertal". How could fbb forget?


Wuppertal is a city in North Rhine-Westphalia, Germany, in and around the Wupper valley, east of Düsseldorf and south of the Ruhr. With a population of approximately 350,000, it is the largest city in the Bergisches Land. Wuppertal is known for its steep slopes, its woods and parks, and its suspension railway, the Wuppertal Schwebebahn. It is the greenest city of Germany, with two-thirds green space of the total municipal area. From any part of the city, it is only a ten-minute walk to one of the public parks or woodland paths. 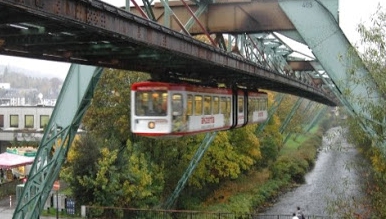 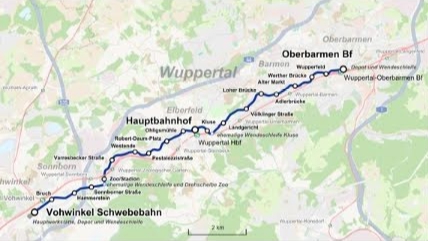 ... with a remarkably frequent service. 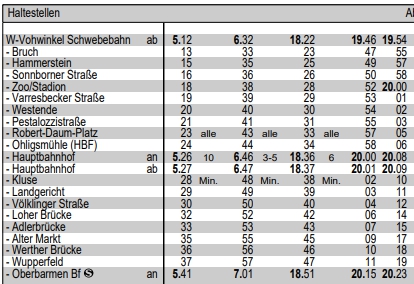 Evening service is every 7/8, dropping to every 15 until close of service. Frequencies are reduced on non schooldays, Saturdays and Sundays following normal European practise. The single flat fare is £2.50 ish but, as usual, there are seasons and multi-ride tickets which reduce this significantly.

But it IS a genuine monorail - i.e. it is suspended from one rail ... 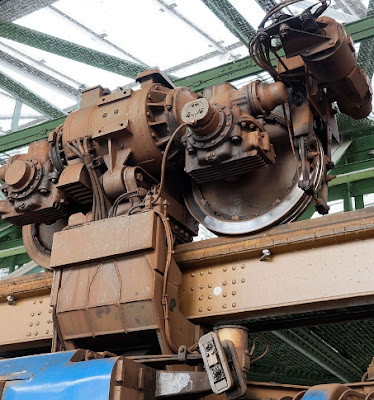 fbb is not sure how it would run if all the passengers rushed to one side - presumably some sort of gubbins would stop it grinding into the girder?

There will be more from this line tomorrow.

Brave Decision In York?
According to the Guardian ... 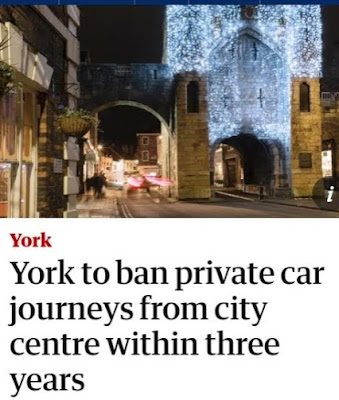 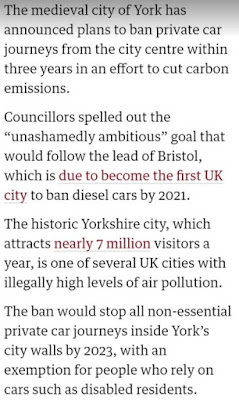 Comment writers have questioned why it will take three years to implement. "Why not three months?" was one question. There will, if course, be huge protests. It will be Goedendags and Becs de Corbin (nothing to do with Jezza) at dawn once the details are revealed.

What's the betting the politicians will back down?

And Another Daft Diluted Timetable

Currently Sheffield's X1/X10 runs every tem minutes between Sheffield, Meadowhell, Rotherham and Maltby. It began life as a simple X1 (also every 10) using vehicles originally bought for and partially branded, on delivery, for Steel Link X78 to Doncaster. 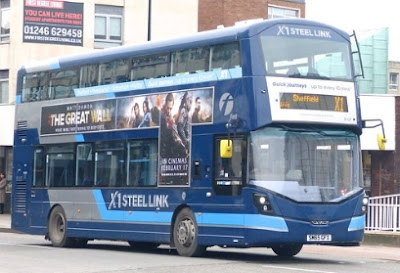 The service was diluted first by the diversion of some journeys between Rotherham to cover a tender won - these were numbered X10. 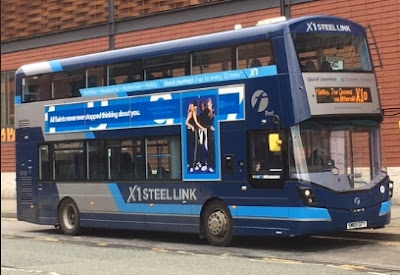 The frequency remained every ten minutes but the X10 diversions made things more complicated between Rotherham and Maltby.

Then, as recently as September 2019 it was all change yet again.+ 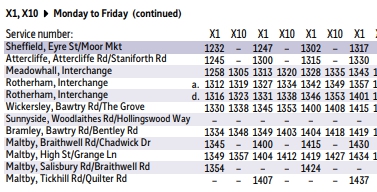 X1s ran every fifteen minutes all the way (instead of every ten) with X10s (also every 15 minutes) doing the wiggly bits, giving eight buses an hour between Meadowhall and Maltby. Too much, surely?

At the end of the month this mix of cut and enhance gets wurgled yet again, all, one must presume, in a determined attempt to discourage passengers.

There are still four buses and hour between Sheffield and Maltby but at an uneven (and un-memorable) 10/20/10/20 minutes past each hour. They are joined by a half hourly X1 between Rotherham and Maltby only. So the uneven schedule ALSO operates along the "estates" route between Bramley and Maltby (Dale Hill Road) ... 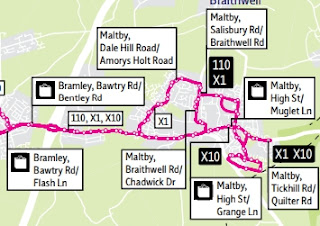 ... and via the former "Model Village" (model as in "an ideal residential area", NOT miniature) to the terminus. The X10 is now reduced from every 15 minutes to every 30 minutes.

How to mess up a profitable service and make it less attractive to the passenger (and possibly LESS profitable).

Such are the skills of (a) the transport planners and (b) the financial bean counters - many of whom do not travel between Sheffield, Rotherham and Maltby!

At ons stage First were vaunting the X1 as their most propfitable service in South Yorkshire - so why mess with it? Instead of chopping and changing, why not try a bit of promotion; some quality printed material, a fares offer, better infromation at stops etc etc.?

Pish and tush! We don't do that sort opf thing in Sheffield; far too revolutionary.


Next Wuppertal blog : Wednesday 8th January
Posted by fatbusbloke at 02:00