NO! He Started It!

Anyone who has had children, or even dealt with children, however briefly, will be familiar with the anguished cry of defence from both sides of an altercation. This blog attempts to unravel the developing attrition between two naughty boys; one belongs to Big Bearded Brian's gang, the other is a Hispanic lad called Nex.

And it all centres on the campus of a University which isn't where it claims to be.

The University of Warwick, as we all know, isn't at Warwick and, indeed, isn't even in Warwickshire (except, as it is dubbed, the "ceremonial" county of Warwickshire). It is in Coventry, part of west Midlands County (at  least, most of it is!) as per the dot-dash black border line below. 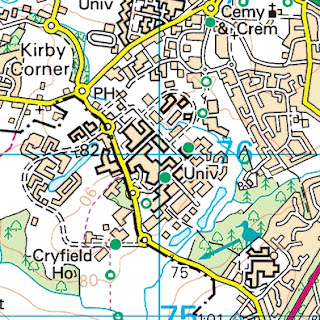 The fun/fight starts in earnest when National Express Coventry enhances its route 11 to Leamington Spray to every 15 minutes ...

... which brings it fully into direct conflict with Stagecoach's more frequent U1 and U2.

Heavy branding and promotion features on the U1 and U2. 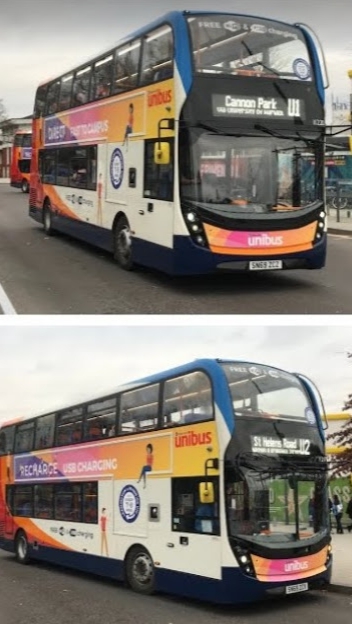 NatEx 11 runs on from Uni to Coventry via a more circuitous route than the company's "direct" or "fast" X12.

Next Stagecoach extends the U1 and U2, changing its number to U12, through to Coventry "direct" and "fast" in direct competition with NatEx. 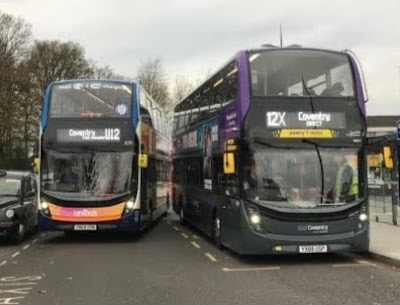 Both companies offer "special deals" on term fares and both seem determined to keep the fight going, whoever started it!

Next comes this seemingly innocent announcement in the trade press. 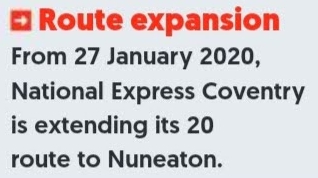 Hitherto, NatEx has run a bus every ten minutes from the centre of Coventry to Bedworth. 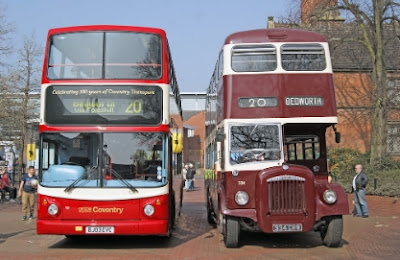 From yesterday, however, half the journeys ... 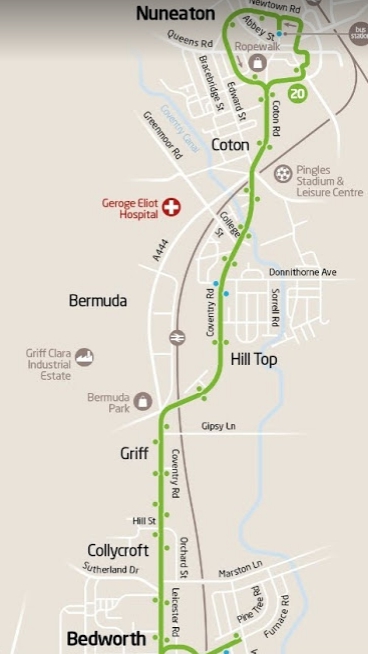 And which company, would you guess, has been running buses between Coventry, Bedworth and Nuneaton for ages? 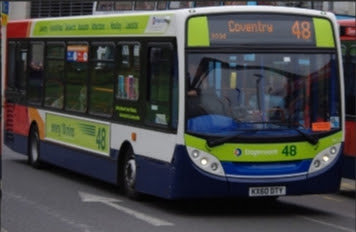 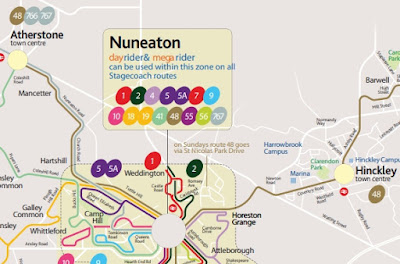 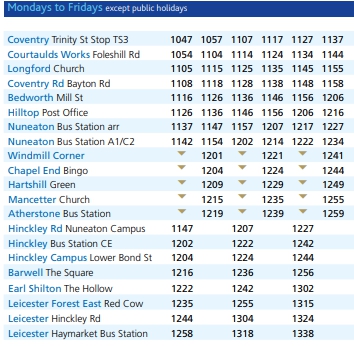 Clearly the NatEx response at Bedworth is not a full-blown attack, but it could well dent Stagecoach's profitability on the 48.

If the pattern is to continue, Stagecoach will be registering a couple of Coventry city services; and IF Stagecoach follows its previous policy, these will be cross city, but offering different links from those provided by the incumbent.

Of course, it can't last - soon both companies will be losing money by the sackful and one or other will eventually blink. Usually there is a non-existent illegal agreement to retreat in an orderly but officially un-coordinated fashion.

Brian's boy and Nex will then be friends again ... 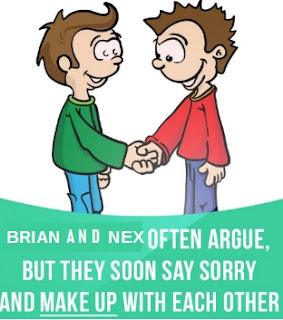 Thanks to Roger French's RF blog for information on the Warwick Uni situation.