Bus services via Dronfield have featured in the blog in the past but the town is the subject of another "service revision" from Stagecoach due at the end of this month. Back in the days of fbb's long-lost youth, Sheffield Transport and Chesterfield Transport ran a joint service 12 (every 20 minutes?) along the (old) A61 between the two towns. An additional and limited service 11 ran through the town and up the hill on the west side of the Drone Valley to new housing at the aptly named Hill Top (map bottom right). 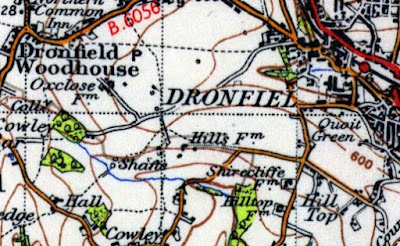 Then came the huge Gosforth Valley development splurging further west to the neighbouring community of Dronfield Woodhouse (map top left). Sheffielders were told that, at the time, this was the largest private housing development in the UK. This Google aerial view shows the extent of this estate. 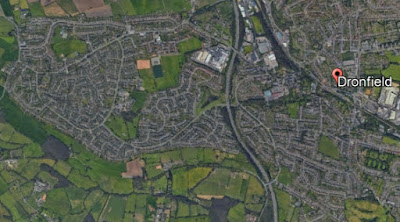 Later came the A61 Dronfield by pass, snaking through between Gosforth Valley and thee Hill Top housing. Another positive development for the town was the re-opening of Dronfield Station. There has also been expansion in the sixties on the western hills with the village of Coal Aston merging into Dronfield. 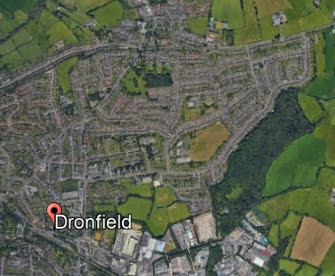 But there was a problem with the geography of the town. Getting from one side to the other involved wiggly roads and sharp corners - unsuited to those nasty bis buses. A new civic, leisure and shopping centre was opened at the top (literally) of the High Street ... 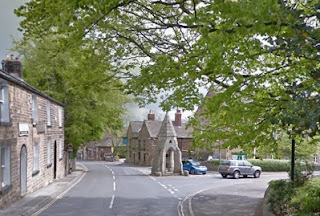 ... with access to the right of the memorial. It would have made an excellent focus for bus services and might even have grown a small but perfectly formed bus station. But come with fbb on a round trip from civic centre to railway station.

The High Street is tight ... 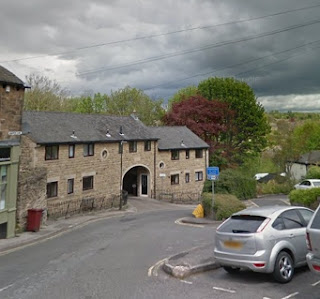 ... and the most direct road to the station is narrow. 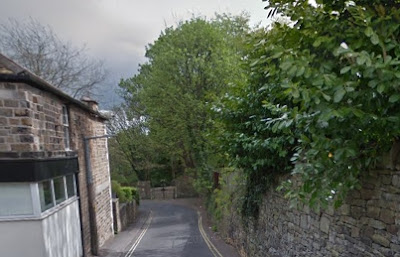 You cross the railway before turning right to the station ... 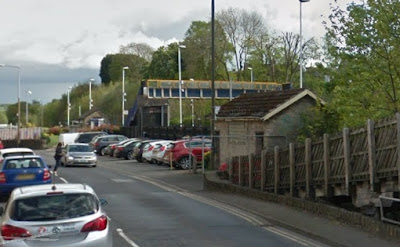 ... noting the wonderful Midland Railway fencing on the walkway (effectively a bridge) from the seep road to the station entrance. It was closed off when google nurdled by. But, despair not, there is another similar ramp on the other side of the line. 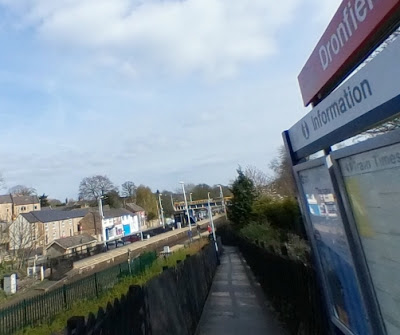 The station has a dinky little turning circle built especially for buses ... 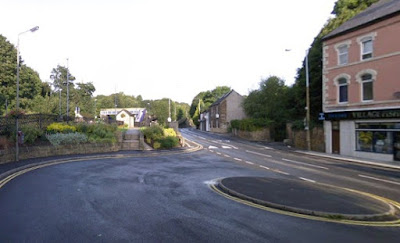 ... but spurned by all. It was built specifically for peak hour commuter services to "the estates". Expensively, three buses met a selection of peak hour trains from Sheffield and whizzed off happily ... 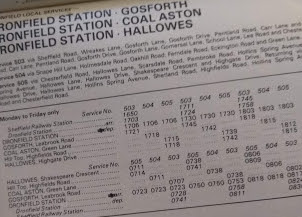 To Gosforth Valley, Coal Aston and Hill Top. The services lasted at least until privatisation deregulation when a plethora of competitive (and often short-lived) services confused the public.

But the pattern had been set when Sheffield Transport diverted one service 12 each via Gosforth Valley and numbered it 11. The Hill Top service was renumbered 55 to make way. The PTE took over Booth and Fisher, which serves the Coal Aston Estates, which enabled a pattern of three serves to emerge.

The direct service died, being overtaken by buses fast via the new by-pass (Now X17) ... 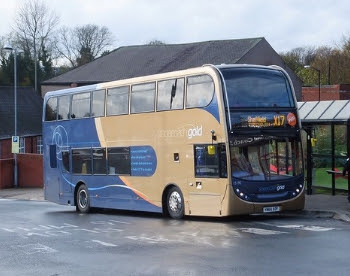 ... and Stagecoach emerged as the competitive winner with service 43 (every 30 minutes) via Gosforth and 44 (every hour) via Coal Aston.

A year or two ago the 43 was upped to run every 20 minutes Monday to Saturday and gained posh branded buses. 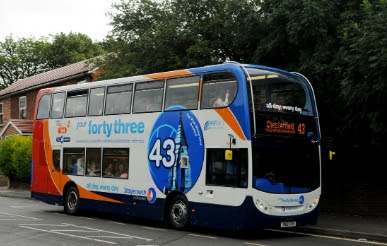 There has been a deal of tinkering with running times but the pattern has been stable for some time. 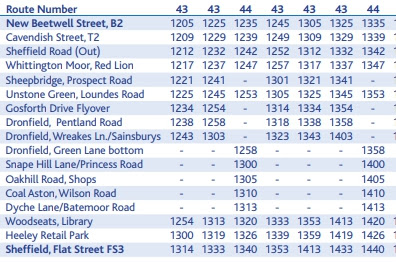 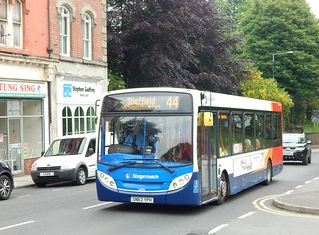 On Sundays only the 43 runs "all the way" every hour with the 44 operating between Dronfield and Sheffield only and, correcting an fbb error earlier in this blog, turns at the "unused" station turning circle - presumably.

But this is all set to change at the end of the month. Out come the garden shears for a service trim! 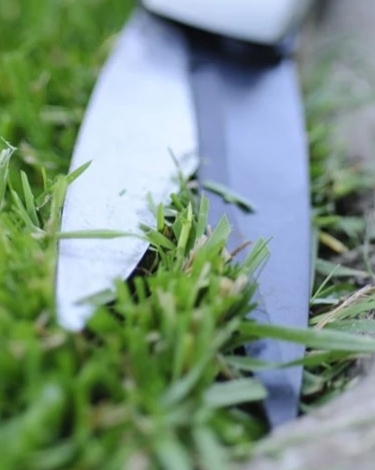 But it's all change from the end of the month - and, surprise, surprise, not for the better!

Next Chesterfield blog : Sunday 5th January
Posted by fatbusbloke at 02:00