Nothing To Do With Buses ...

... except that such places as recorded below are quite important to fbb in his fading years! Not only is fbb fading gently, but so are examples of a development in Foley Street, Westminster in the Great London Town. 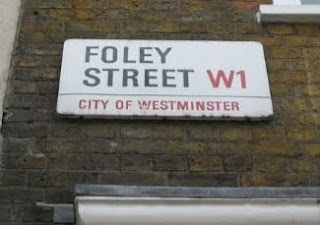 Foley Street lies in the great Westminster hinterland to the west of All Souls Langham Place ... 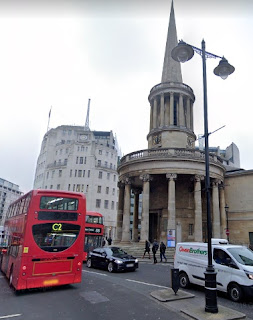 ... and the great and glorious (and much extended) Broadcasting House. 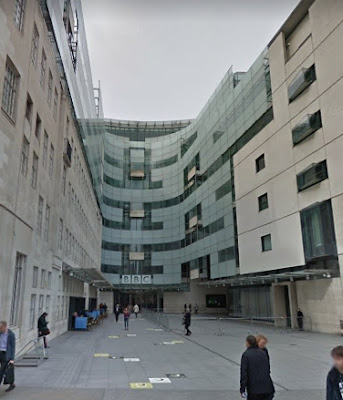 Search diligently on line or on map and you will find Foley Street where you may espy what looks very much like a gents "down below" public convenience. 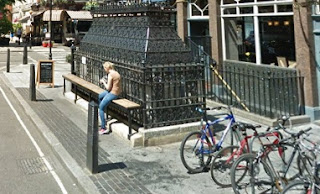 But the entrance steps seem to have gained a posh roof, maybe a little over-wrought but certainly over-the-top for such a "facility".

It's a caff, innit - called, appropriately "The Attendant". 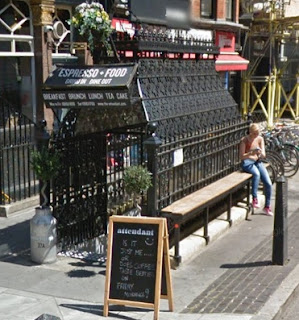 Many gents essentials have been sold off and converted into all sorts of alternative facilities, workshops. flats and, quite often, places of refreshment.

But it is rare for the working parts of the former W C to remain in situ. But at The Attendant you can enjoy a Latte in the Lav, a Cappuccino in a Convenience, a doughnut in a Dunny or a Bun in the Bog! 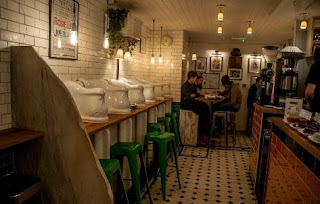 Would the propinquity of the porcelain prove off-putting to your panini? Would the urinal unhinge your uptake of an unctuous uglifruit smoothie? 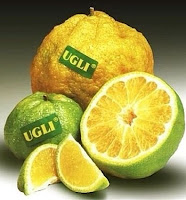 It's a brand name for the Jamican Tangelo, of course!

Would the faience flush ... 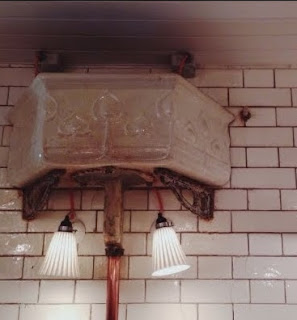 ... force you to forgo a feast of fettuccine?

To get to the bottom of it, could you still bite into a bacon butty ... 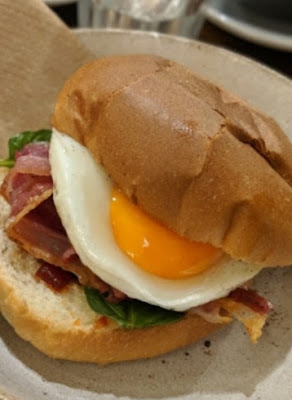 ... whilst bemoaning the loss of the building's original benefits?

Catch a bus to Portland Place or the Tube to Oxford Circus, take your street map and pay a visit.

"The Attendant" has more conventional convenient caffs in Clarkenwell and Shoreditch.

Hello and Goodbye/Welcome Back
News broke before Christmas that the boss of Stagecoach South West, based in Exeter, was leaving the company. Farewells were said to Bob Dennison. 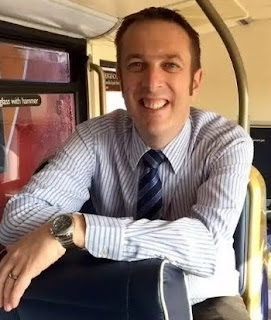 It has just been announced that his successor at Matford is the affable Mike Watson. 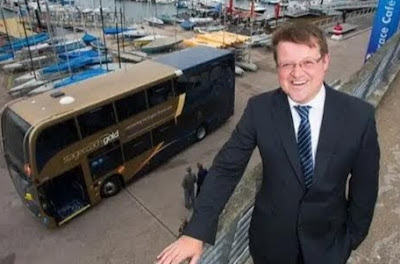 In a real life back to the future move, Mr Watson was boss of the Exeter business but left in 2015 to be part of the Stagecoach "Business Development" team.

He returns to interesting times for the Group. Uncle Brian has stepped down and becomes a non-executive director (fbb bets he will still execute quite a bit in the background) and the company has just announced a substantial increase in their "Promotion" budget.

We await, with bated breath, the much heralded "new livery" which, it is rumoured, will see the end of red-blue-orange stuff AND the end of the Gold brand. What will replace them is, as yet, unclear but the new sample bus for the Cambridge Busway ... 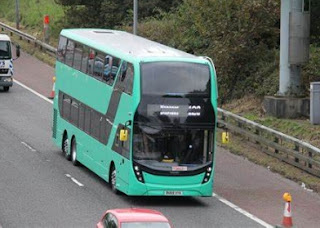 Let's hope the finished job is better than that! 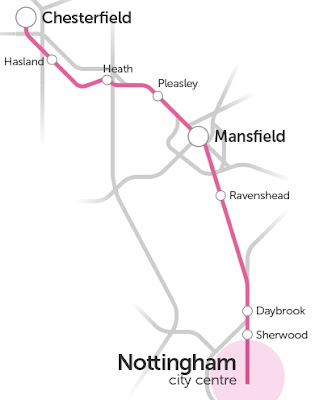 Pronto runs every ten minutes between Nottingham and Mansfield continuing every half hour to Chesterfield. 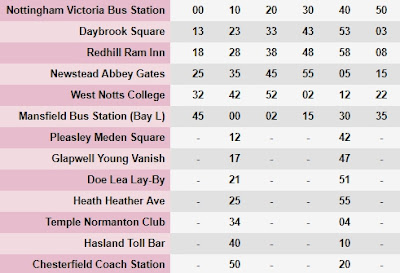 It is a genuinely joint service shared by Stagecoach and Trent. But unlike many other joint routes, the operator name is subsumed by the brand. Here is a Stagecoach Pronto ... 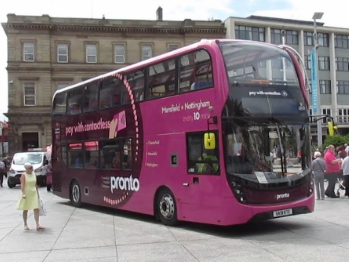 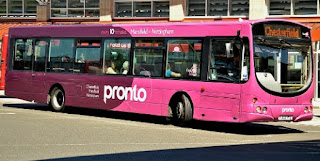 In a shock announcement, Trent are withdrawing all their involvement in the service. 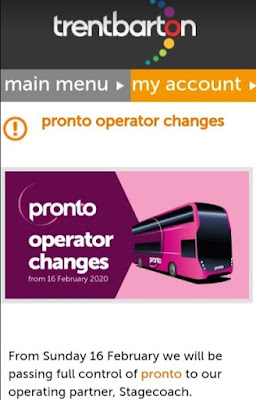 The note continues by saying that this move will allow Stagecoach to develop the service "in their own style".

Has there been a falling out?

... and its possible development soured a long-tern friendship?

Is Trent planning something different and wants free of the Pronto?

Plenty of possibilities and plenty of rumours.

For the time being, Stagecoach has simply registered the former Trent journeys to run as before. No change is planned. 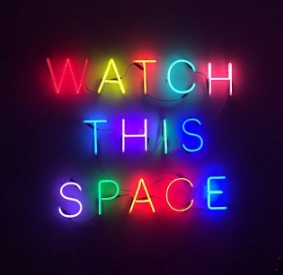 For the record, Trent also runs (exclusively) its Comet ... 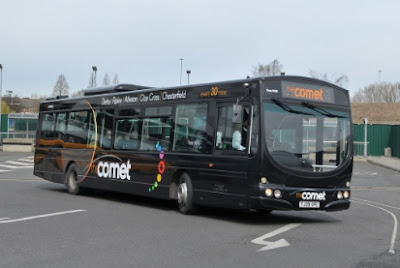 ... (once part of the Red Arrow) from Derby to Chesterfield every thirty minutes. 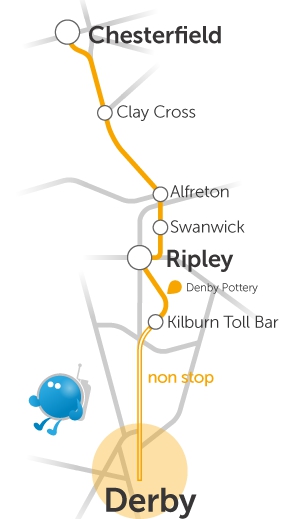