fbb is reviewing that delight is public transport publicity, namely a timetable book. We are told that "everything is all on line" - which it is if you can find it - but a printed book is second to none in encouraging exploratory travel around a network. Hulley's network covers large chunks of the peak district including Bakewell, Matlock and Castleton with links to Sheffield and Chesterfield.

One omission is fares information with one exception. 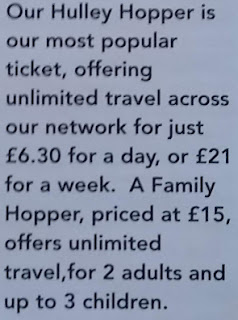 The family Hopper is for a day! Excellent value all round.

Almost all the routes are scenic in quality, some, like the 173 via Monsal Head are truly spectacular. 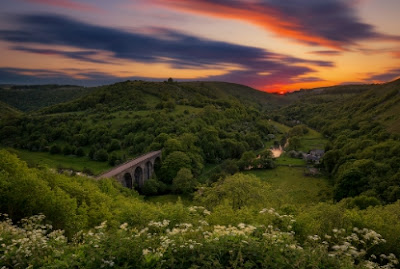 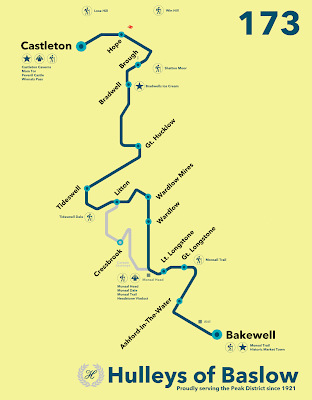 And there's a railway tunnel to walk through as well. 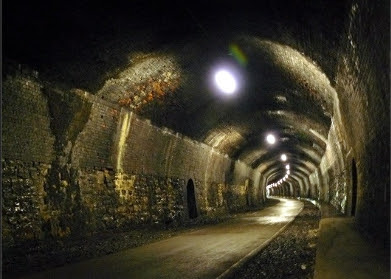 Catch a journey that runs via Cressbrook and you will be utterly delighted. 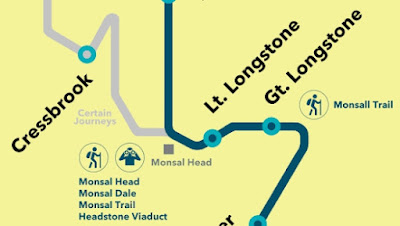 Cressbrook is quite "thin" for a bus! 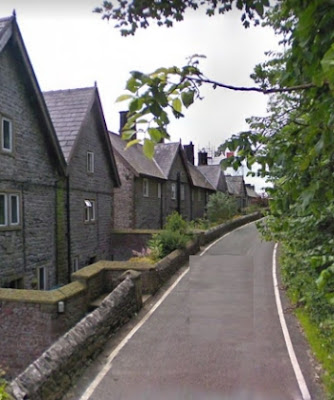 With careful planning some exciting round trips can be planned and some users may look to the Derbyshire Wayfarer to allow multi operator tours. The ticket's availability is expensive on bus or train withing the county and to/from bordering towns, i.e. Sheffield and Macclesfield.

Details are too complex to include in a simple timetable book, but reference to the appropriate page on Derbyshire's web site gives the full monty (href
= "https://www.derbyshire.gov.uk/transport-roads/public-transport/fares-tickets-passes/rover-tickets/derbyshire-wayfarer/validity/validity-of-derbyshire-wayfarer.aspx" target = "_blank">here).

Another goody is this map of Bakewell itself ... 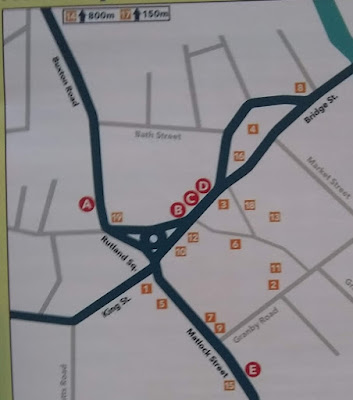 ... which, obviously, shows what stops where (A to E) but also indicates, with little white on orange numbers, places that have special offers for Hulley's customers. It's quite a wide range although fbb does not have any experience of the actual good things available.

It does represent a splendid PR effort for the town, for the traders and for what is only a small local bus company.

One niggle, however, concerns routes 271 and 272, Castleton to Sheffield. 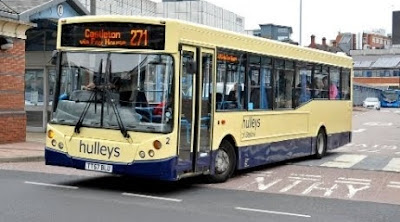 In fact this service is hourly seven days a week! 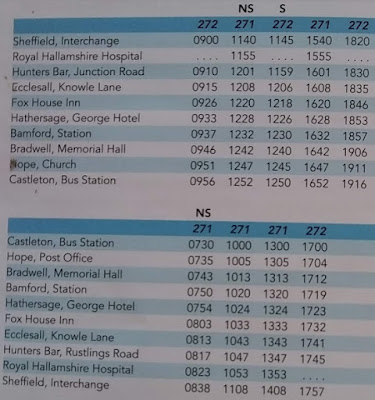 The "missing" journeys are by First Bus and, in the past, tickets were sensibly inter-available. This is no longer the case.

What is achieved by First and Hulleys NOT working together? Whilst each may feel it is preserving its precious revenue, surely both companies would benefit from increased passenger numbers if fares were "joint". The "enemy" is always the private car and everything needs to be done to encourage bus travel, especially in the Peak District where summer cloggage is normality.

Even if tickets are not inter-available, why not tell folk that "other journeys are operated by First Bus"? 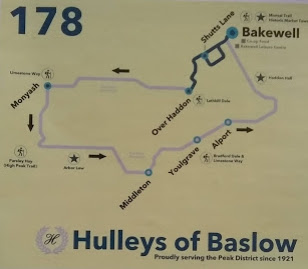 ... but for the full service numbered 178 you need to turn to Derbyshire's information. Suffice it to say, for the moment, that the information is different and potentially confusing.

But, never fear, fbb will sort it all out in tomorrow's blog.

But it is one set of services that Hulley's could do better, as we shall see. 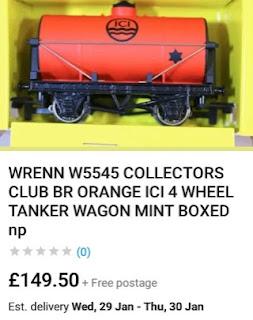 It is OO gauge and, in construction, nothing special - just a bog standard tank wagon. It is not particularly well detailed either. So why the ludicrous price; fbb usually pays about £10.

The answer is that it is a very RARE model.

Why it should be rare is for later, but, for the time being, our readers may just wonder about the complexity of the market for something a simple, as ubiquitous, as a tank wagon.

Here is a much better model, with vastly improved detail of much higher accuracy announced by newcomer manufacturer Oxford Rail last November. 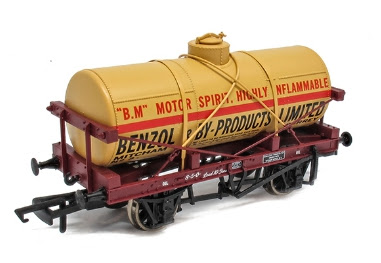 Price £16. Still a bit painful when you add postage on top; but fbb may ask for one for his birthday.

And a reminder from our Senior Isle of Wight correspondent. Services between Portsmouth, Bristol and Cardiff have recently been upgraded. 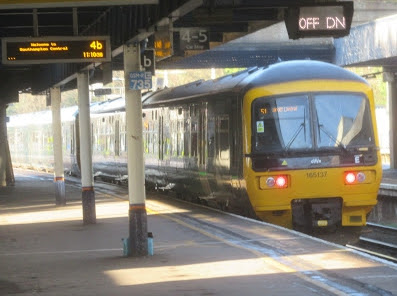 Instead of three car 158/159 units, most train are now worked by 5 car Turbos displaced from services in the Thames Valley. Getting a seat on the former units could be a challenge, but the Turbos offer a significant increase in capacity.

Good. But there is a snag. The trains consist of a two car Turbo couples to a three car Turbo ... 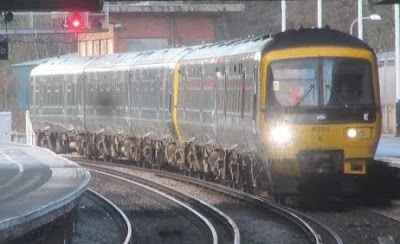 ... and there's no gangway between the two units.

Does fbb remember a journey from Portsmouth to Bristol on one of these? 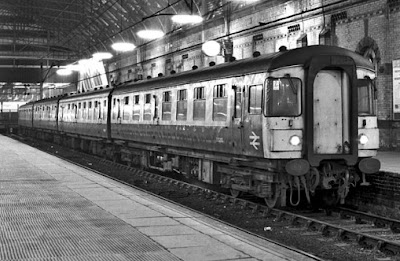 He definitely remembers being able to view the track ahead through one of the small windows adjacent to a minimalist driver's cab.

It was a "proper" train (with gangways!) even if it didn't have an obvious locomotive on the front.