Who Would Run An Airline?

The news rumours broke yesterday that FlyBe, based at Exeter Airport, had arranged an accountancy firm to stand by if it were necessary to put the firm into receivership. FlyBe would not comment on this news, but its parlous financial situation has been general knowledge for some time.

As the firms HQ and main base is just a short hop across the fields from fbb mansions, you brave blogger thought he would take a look at what might have happened and why might be happening.

Intra Airways was incorporated in 1969 as a cargo and charter company but without the trendy squiggly logo. Its fleet was two ubiquitous Douglas DC3 planes, a k a Dakotas in RAF terminology. 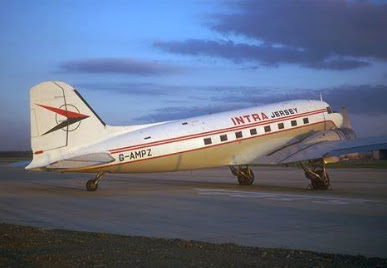 In 1971 it began a passenger service from Jersey to Staverton near Gloucester. It is now called "Gloucestershire Airport". 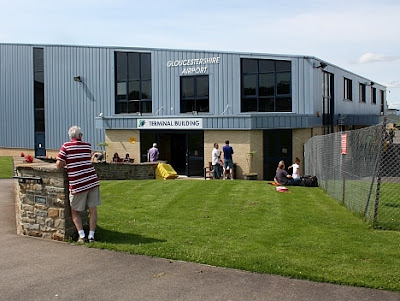 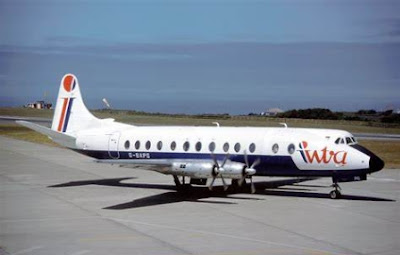 By 1978, Intra Airways operated scheduled passenger services linking Jersey with Cambridge and Gloucester/Cheltenham (Staverton) in the UK as well as Caen, Deauville, Dinard, St Brieuc and Nantes in France, Ostend and Brussels in Belgium, and Düsseldorf in West Germany.

In January 1979, as a result of a complex series of demergers, sales and remergers, Intra became Jersey European Airways. 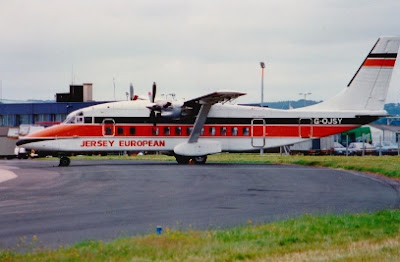 It, too, acquired bigger planes and a trendy logo ... 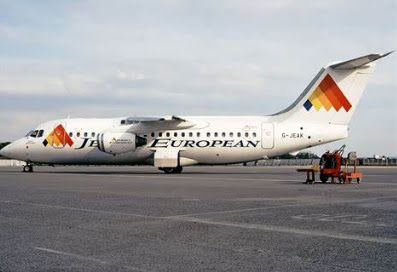 The airline experienced significant growth during the 1990s; it was in this period in which Jersey European Airways served as the launch customer for the Embraer E-195 regional airliner. 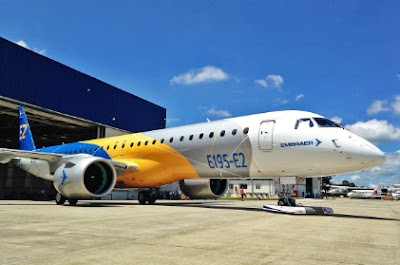 The firm was renamed British European in 2000, and received the Flybe name in 2002.

On 3 November 2006, it was announced that Flybe was in the process of purchasing BA Connect ... 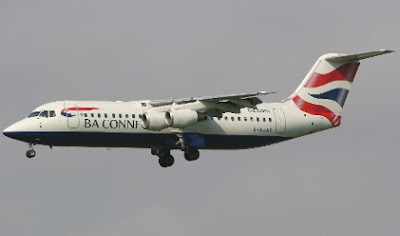 ... which resulted in the airline becoming the largest regional airline in Europe. 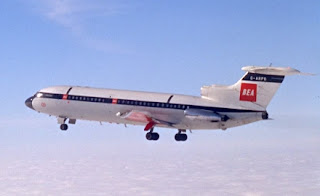 ... which merged with BOAC to form the current British Airways. At the merger BA Connect was a fully owned subsidiary of BA running as a typical "low cost" carrier.  But it was not a simple as that.

The company was incorporated on 26 January 1970 as Brymon Aviation Limited which operated as Brymon Airways.

On 30 July 1993 the company was renamed Brymon Airways Limited to reflect the operating name.

The regional operations of British Airways at Birmingham and Manchester, and the operations of the former CityFlyer Express, were integrated into the new airline later in 2002.

On 1 February 2006 the airline was renamed BA Connect Limited.

It makes some of the machinations of the YUK bus industry seem delightfully simple.

By 2018. however, rumours were rife that Flybe, the renamed British European, itself the renamed Jersey European, (pay attention at the back, there!") was in serious financial trouble. Eventually a sale was agreed to a consortium of Virgin Atlantic and Stobart Airways which called itself Connect Airways.

The brand Virgin Connect was to be applied. 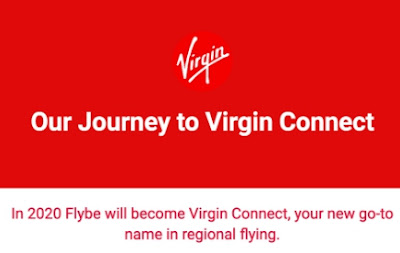 The logo as published so far, is to be a variant of the Virgin "squiggle" as seen oft in the broadband adverts. 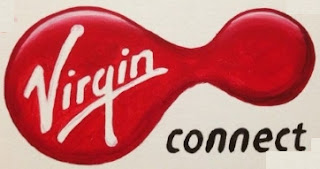 But, enigmatically, the wondrous Wikipedia ends its current article with these ominous words.

However, in early January 2020 Flybe were seeking urgent funding to avoid collapse.

Flybe, Europe’s largest regional airline, is at risk of collapse, according to a report.

The airline operates more UK domestic flights than any other, and is reportedly in talks over potential emergency financing after suffering rising losses, Sky News reported.

A Flybe spokeswoman said: “Flybe continues to focus on providing great service and connectivity for our customers, to ensure that they can continue to travel as planned.

The problem now is that if customers become unwilling to take the risk of booking with Flybe the downturn (or whatever the problem is) will become a self fulfilling prophesy.

All parties are anxious to found a solution, but the regional air business is as fragile as country buses and rural rail services.

It's real tough out there.