The current (February) edition of Railway Modeller features as its headline layout ... 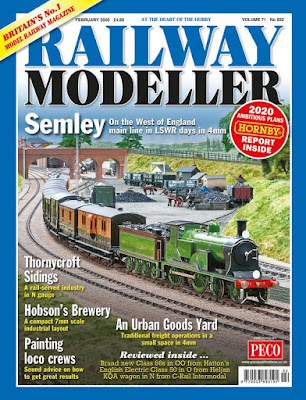 ... Semley, which is quoted as being a station on the London and South Western Railway main line to the West Country.

Reference to a map, places Semley station a mile or two north of Shartesbury ... 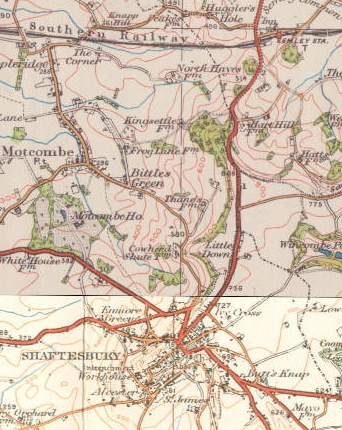 ... home of the much loved but long gone Hovis advert.
It dates from 1973, the street is Gold Hill and it is a veritable hill! But Shaftesbury never had a railway station, so the LSWR built one at (actually "near") the village of Semley ... 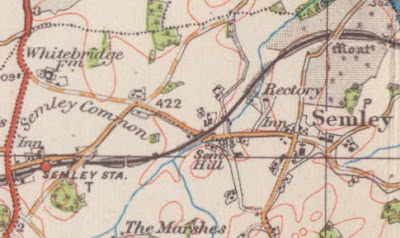 ... but close to the main A350 road between Shaftesbury and Warminster. Semley itself boasts a pleasant looking pub ... 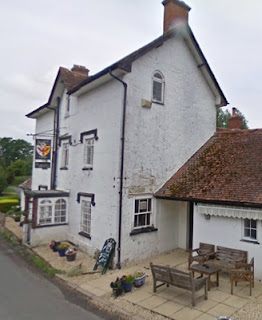 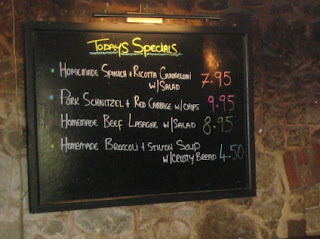 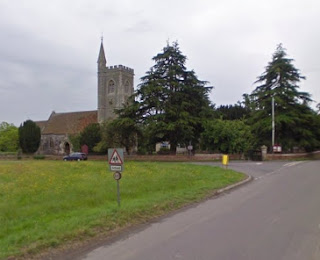 ... and a cluster of houses, barely enough to justify a station without the "Semley for Shaftesbury" tag. Despite the proximity of the Hovis loving community, the station closed in 1966, but the station buildings are still extant some ¾ mile from the village. Despondent as a result of his ignorance of the station's existence, despite whizzing through it on many occasions, fbb prepared to read the Modern Railways article. The model was depressingly good, being to EM gauge (that is correct distance between the rails, not reduced size as is OO gauge) and, as the saying goes, "to museum quality".

What fbb needed to enhance his stuttering but improving knowledge of Semley were some pictures of the old station from on-line sources.

One picture looked ideal for fbb's purposes, a pale sepia view of the station approach and on towards the platforms. 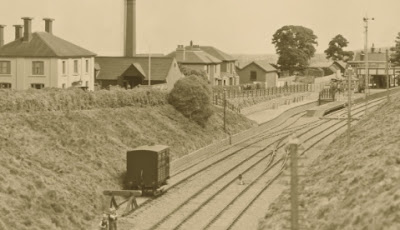 Upon closer inspection, it turns out that the above sepia view IS the model railway! 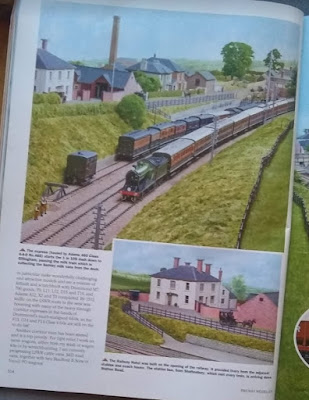 fbb can only adulate the maker, one Martin Finney ... 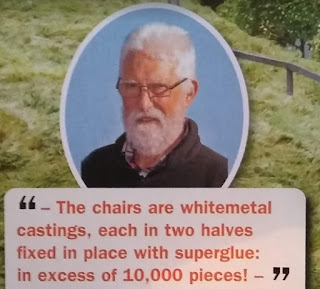 ... his skill and dedication explained, in some measure, by the "builder's note" attached to his mugshot.

Old-style bullhead rail was held in place by chairs ... 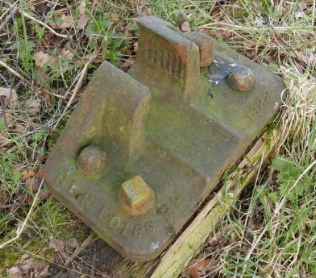 ... screwed to the sleeper with gurt big bolts. The rail was wedged in place with a wooden "key" (later sprung metal) which the lengthman (railway worker) would tap firmly in place as he walked his "length" of the track, usually every day!

Young Martin's chairs were small and fiddly castings in two halves, glued to the rail. Just imagine the modeller's joy (mind-blowing tedium) of doing that for 10,000 fixings.

But the results are worth it if your desire is accurate historical detail - below is Semley's model track. 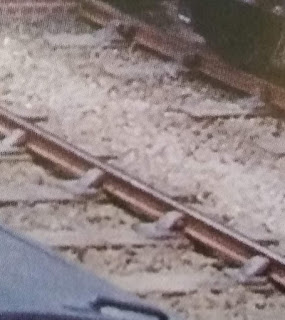 Of course, Peco now produces bullhead rail ready made but only for OO gauge, not EM. 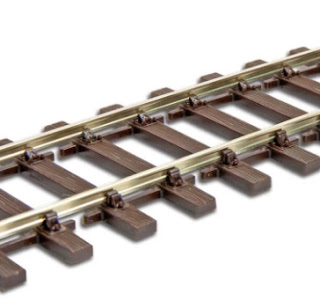 Not quite true, in fact. Peco produces EM gauge bullhead rail and pointwork for the EM gauge Society. 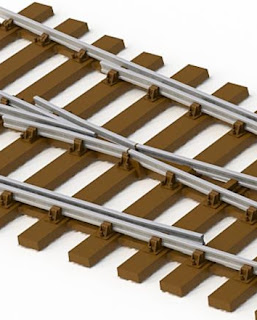 Stunning - although the above is a CAD graphic, not the actual track. Of course bro Finney was creating n true-to-life copy of Semley so pre-configured track and points would simply not do!

Tomorrow we look around the station area, model and today, and explore the village's bus services in 2020. 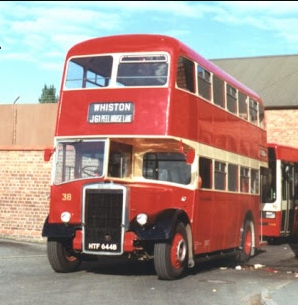 Press reports say that some school buses have not run, schools are booking vehicles from other operators and drivers have not been turning up for work. As of 0930 today, nothing official has come from the company's council owners.

Next Semley blog : Saturday 25th January
Posted by fatbusbloke at 02:00