In just 5 weeks, fbb will enter the second half of his septuagenarian decade (or is it decayed?). Life rumbles inexorably onwards, a little closer to Hansford's (conveniently situated just across the road from fbb mansions) every day. 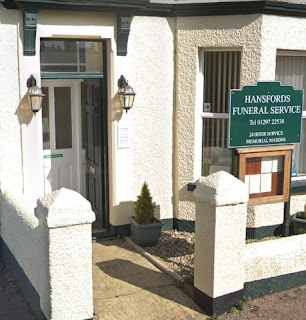 Yesterday fbb (and Mrs fbb) were the big spenders; having bought a Citroen Picasso from a Mr Daley (situated conveniently opposite Hansfords). 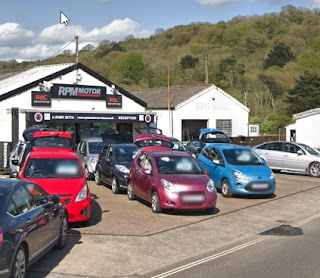 The current fbb limo has a slipping clutch and it will cost about 50% of the UK's national debt to repair it, so a replacement motor is the best answer before more bits drop off like a circus clown's car. 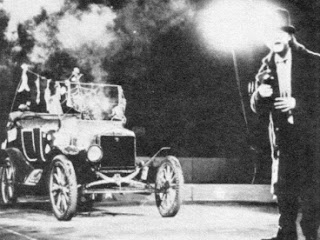 The salesman was a very nice man although fbb thought he heard an inane cackle of laughter as the old couple (odd couple?) tottered away. Anyway, the motor is seen here on the forecourt, appropriately with Hansford's premises in the background. 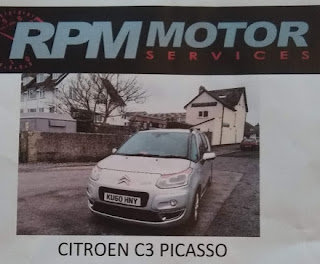 Then your author has finally got round to instigate a rebuilding project for the top of the tunnel on the model railway. Stupidly and erroneously, the land atop the tunnel is a sheet of MDF which as everyone knows (and fbb knows now) turns into mush when it gets wet. 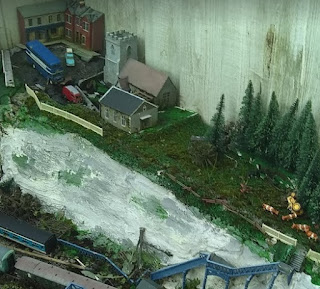 Significant landslips have become part of everyday life in the Church Square area of Peterville, so the cunning plan is to use real wood (painted, obviously) and re-create the scenery thereupon. At the same time, the whole block will be removable to allow easier access for repair and fettling up, plus it will facilitate the rescue of trains that choose to derail themselves in the remoteness of the Stygian gloom.

A length of plank was thus obtained from the builders' merchant's yard conveniently located just along from fbb mansions and very close to Hansford's. 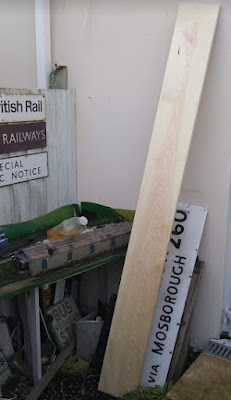 Remember the film "The Plank"? 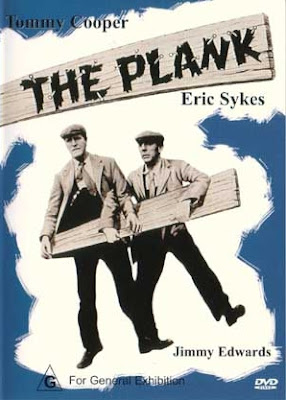 Finally, in this effervescence of esoteric expenditure, came the arrival of two more tank wagons to add to fbb's collection (obsession?) of which more anon. Here they are carefully filed for future examination. 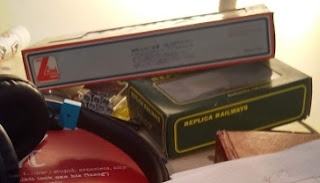 Anyway, through the letterbox, and into this humdrum world of elderly domesticity, dropped a package which brought a frisson of excitement and a subsequent explosion of delight to at least one of the occupants. (Guess which one!) 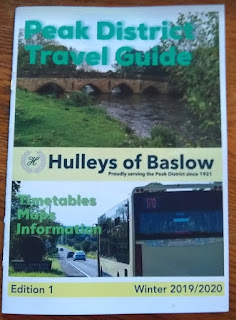 Yep; it was a bus timetable book.

Older readers will remember these excellent publications whereby, without using any battery, untrammelled by the paucity of a signal and uninterrupted by email, text or twits, you could find out when and where you bus was going.

Hulleys has had a chequered history, being involved in complex take-over and reorganisation involving Silver Service of Darley Dale. But recently the company has acquired new owners and this publication is the first such for many many years (perhaps for ever?).

The user is welcomed cheerily ... 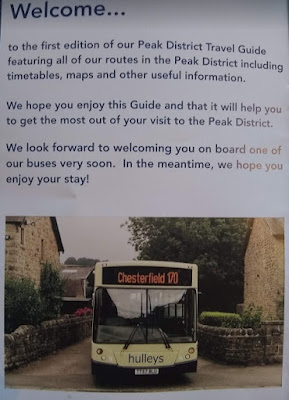 ... with a picture of the most frequent route; formerly the hourly 170 but now twice an hour with the addition of the faster X70. 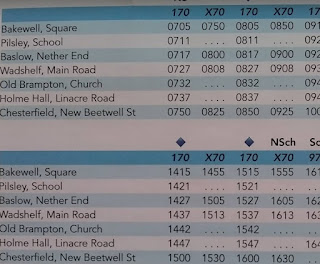 Each route has a clear map including useful non-bus information where appropriate. 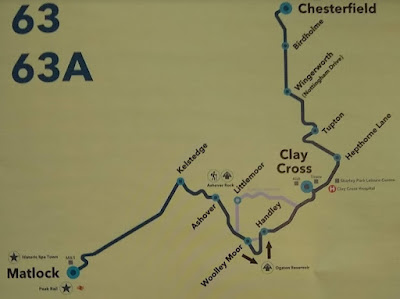 There is no mention in the booklet of a "designer", so fbb will guess that the "production" has been done "in house".

It shows what can be achieved cheaply and effectively with the simple resources provided by a modern laptop, accompanied by a 7 year old who can work the software.

On the back cover there is a network map showing the whole of Hulley's operations. Two services do not appear in the book. Sheffield route M17 ... 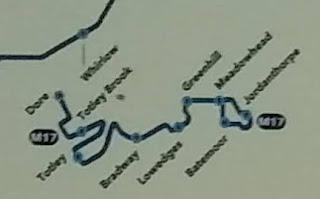 ... which bimbles around the southern suburbs of the Steel City ... 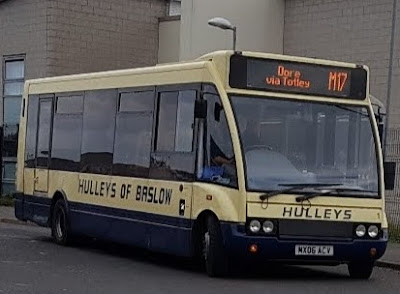 ... and the 75 (also tendered) which wiggles north east of Chesterfield Centre. 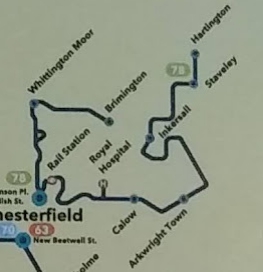 It has been cut back and no longer gets to Staveley as per the piccy below. 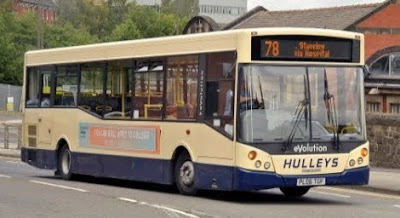 Neither of these routes enters the Peak District, thus making their omission thoroughly legitimate.

The reviewers of both new and second hand cars will often latch on to some minor "problem" with an otherwise more than adequate automobile and, as you might expect, fbb is much the same with timetables.

There are a few teensy weensy niggles with Hulley's excellent publication, doubtless with reasonable explanations.

But one problem is in no way the fault of Hulley's; but problem it is - and an unresolved problem at that.