... And There's Another Lima Tank

Remember this wagon on sale via Hornby? 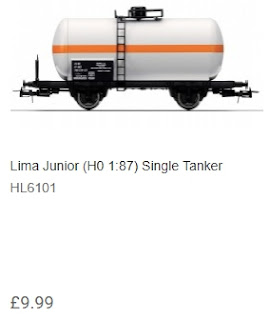 It appears as yet another slightly confusing offer on the sainted EBay. 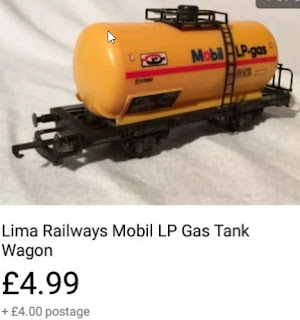 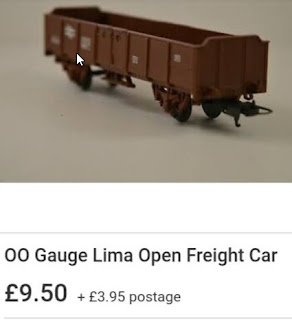 But fbb's latest tank was obviously sold as part of the Lima range of UK (and OO UK) models. Which is wasn't from an accuracy point of view.

This mess was confirmed when yesterday's wagon popped through the letter box. As expected, it had UK couplings ... 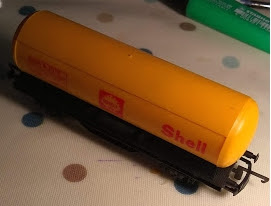 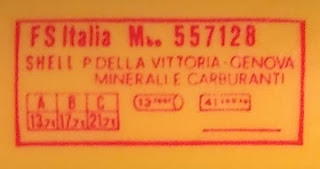 ... but it was made in "Italy" not "Italia". As the wagon has no filler cap on top fbb does wonder how the mineralle carburante gets in or out of the tank. The underframe detail is very crude (like the fuel the full sized wagon contains, snigger sngger), so maybe there should be pipes and valvey-things underneath. 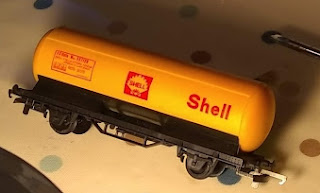 But the most recent arrival is more detailed. More to wonder at tomorrow.

Boxing Day Baffles
In Seaton, the fbbs had no buses on Boxing Bay, in common with large tracts of the country, like the thinly populated backwaters of Barnsley, Rotherham and Doncaster!.

In Sheffield there was a special service with numerous oddities which were ever likely to discourage travel. Some Stagecoach routes were operated by First ... 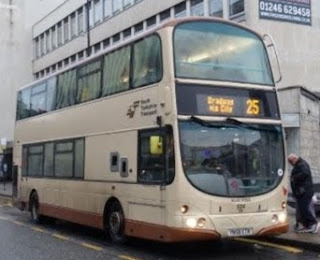 ... meaning poor passengers with Stagecoach season tickets would have to pay again. Likewise some First routed were run by Stagecoach.

Some routes turned short of their normal destination ... 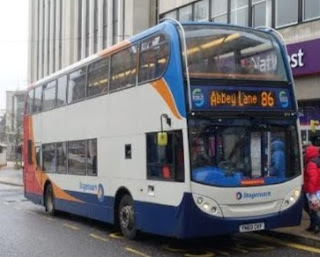 ... in this case a good mile away from Low Edges. There were other buses to Low Edges, but for some it will have been confusing. This X5, the last of a very curtailed day ... 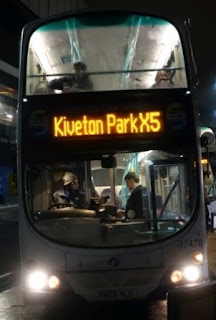 .. stopped short, so tough cheese if you were hoping to get back to Dinnington with your sale-day bargains! And, of course, there were no trains. 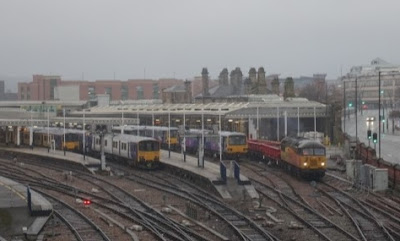 No trains and no passengers but all the lights were on at Sheffield station to herald the one engineering train that was running. 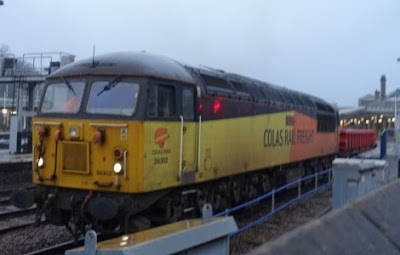 Which begs the question. If this Colas Rail train had come from somewhere to get to its work, surely there must have been signalmen on duty who could have copes with a few Northern Pacers bumbling about, even if the InterCity routes did not run.

fbb gathers that the bus services were not well loaded. 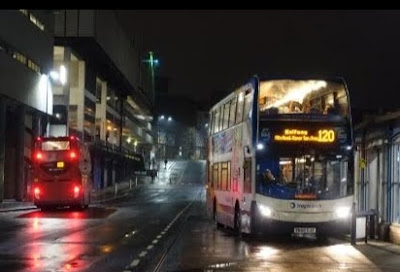 No printed infromation was produced, either by the PTE or by the operators.

Meanwhile in Bristol and that fiery hot bed of industrialised Britain, namely the Isle of Wight, a full Sunday service ran.

Why the difference? The phrase "can't be *****ed" (add your own appropriate word) seems to be the answer in many locations. The poor service in Sheffield can only lead to a further decline in passenger numbers and thus inexorably to a further reduction.

And again, how come buses don't run on New Year's Day, yet the trains offer a good service?

It makes no sense at all.

As a new rail franchisee takes over, there is a mad rush to establish "the brand" by sticking labels on everything and equipping staff with new uniforms - all at the paying passengers' expense.

But if you are in the business of spreading the good news via sticky-back plastic, shouldn't you clean the grime off  before you adhere? 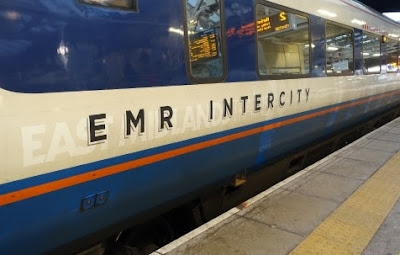 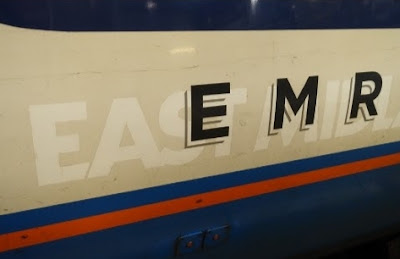 And It's Not Even April 1st!

In preparation for a talk fbb is giving to a "seniors" fellowship at a Seaton church, fbb has been collating information on various "strange" means to transport.

Most would have to admit that a steam-hauled monorail is weird to the point of being, well, weird. 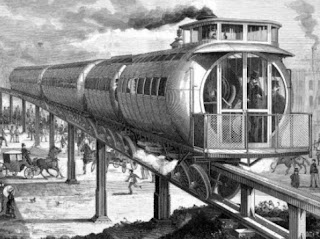 Next Chesterfield blog : Saturday 4th January
Posted by fatbusbloke at 02:00