A souvenir to bring a little sweetness to our appreciation of the delightful Dangelbahn. Haribo, producers of the prolific jellied sweetmeats and allied delights, offer a souvenir of our recently visited monorail. 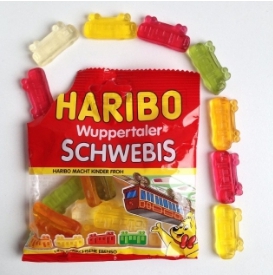 How many other public transport systems have a sweet not just named after them, but in the shape of a single monorail car?

In a response to political correctness and German authenticity, Haribo do not market jelly babies but feature the ever popular Gold Bären ... 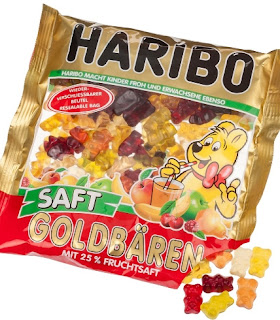 The Bad!
Many of Sheffield's timetable changes due at the end of the month are announced as "timetable changes to improve punctuality" - in other words more of the repeated tinkering with running times that is SO frustrating for passengers.

This timetabular activity is at its most fervent at peak times, Monday to Friday. Back in the day bus services used to increase in frequency to carry the extra bodies making their way to and from work. Nowadays, with flexible working etc., "the peak" is more diffuse and can often be "the peak" for traffic congestion. Hence it is often the case that at "busy" times frequency is messed up or even reduced.

Currently services 83 and 83a offer a bus every ten minutes between Ecclesfield and Sheffield's city centre. 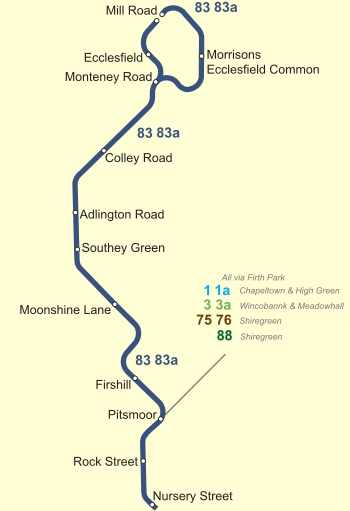 The timetable does get a bit ragged at peak, but frequency is approximately retained ...

... with one nasty gap on Schooldays.

For the historians amongst us, buses via Colley Road used to be the 17, previously 97 and 98, and before that, 79. Even further before that it was route 110. Departure was originally from Bridge Street bus station ... 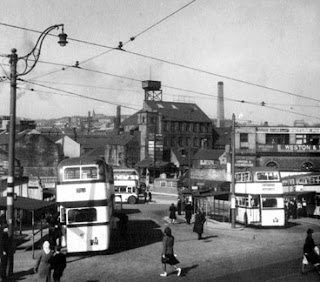 83 is run by First, 83a by Stagecoach as a joint service under the Sheffield Bus Partnership a k a Buses for Sheffield.

Let us remind ourselves of what that means - and please don't laugh too much.

Our promises to you
One city. One service
Buses for Sheffield have co-ordinated Sheffield’s bus services to provide a unified service that works for everyone. By working together, we can offer more frequent bus services (up to every 10 minutes in some cases) on key routes in the city, and provide more efficient services to make life a little easier for our customers.

So let us all enjoy the every ten minute co-ordinated service from Ecclesfield between 1300 and 1700 from 27th January.

During the school holidays, if you happen to know when they are - the PTE doesn't tell you - you get a generous TWO extra journey.

What has happened is that First Bus has changes its times, some quite drastically, but Stagecoach has yet to register any alterations. So the "co-ordinated" service isn't and poor Sheffield bus passengers will often have to wait 20 minutes or more for their yen minutes frequency.

And The Ugly?
Correspondent Jim is another deliverer of good things following on from the Wuppertal blogs.

I went on a PTG holiday to north India in Nov 2018, which included a visit to the railway museum in Delhi.

I thought that the single piece of rail in parts of the site were a sort of path edging ...

... until other members of the party started talking about a monorail, which was sometimes steamed.  A bit later, this strange vehicle appeared ... 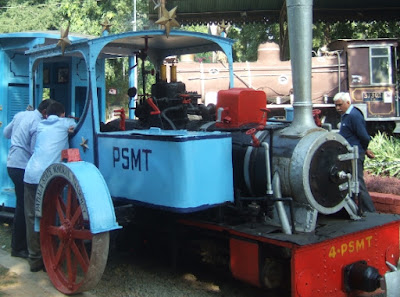 ... and after a couple of trial runs, round what is actually a 200 m circuit, carried passengers. 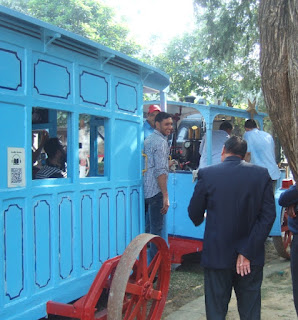 I got on the second run, which did two circuits, at walking pace.  It didn’t do many before there was a problem, but it was quite an experience. 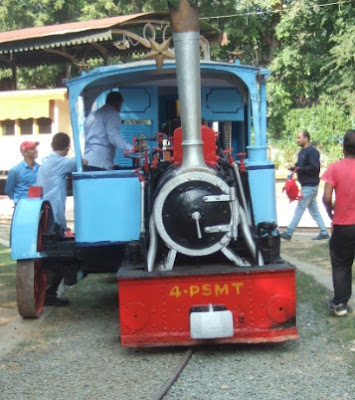 Note that the "cartwheels" are only on the left hand side off the "train" looking from the pointed end.

Patiala State Monorail Trainways (PSMT) was a unique rail-guided, partially road-borne railway system running in Patiala (British India) from 1907 to 1927.PSMT was only operational locomotive-hauled railway system built using the Ewing System in the world. The Kundala Valley Railway pre-dated this, also using the Ewing system between 1902 and 1908, although this only used bullocks for haulage. 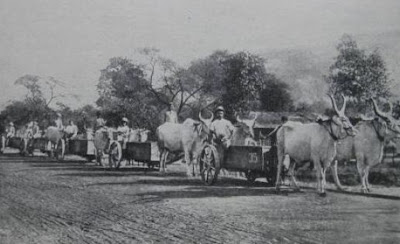 Following the conversion of the Kundala Valley Railway from a monorail to a narrow gauge railway in 1908 ... 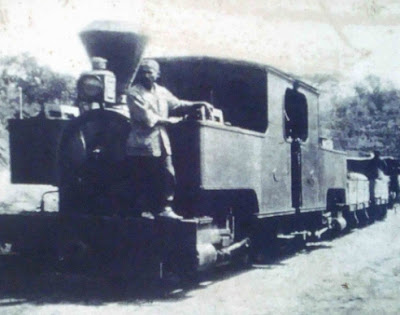 ... PSMT was the only monorail system in India until its closure in 1927.

These were the only instances of a monorail train system in India, until the Mumbai Monorail was opened on 2 February 2014. 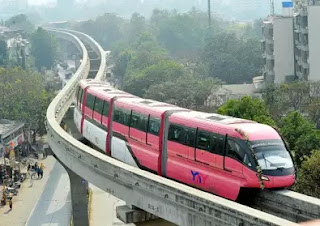 And Equally Ugly?
Last week Hornby Models celebrated its 100th Birthday. In fact there is no link between today's Hornby company and the business started by Frank Hornby ... 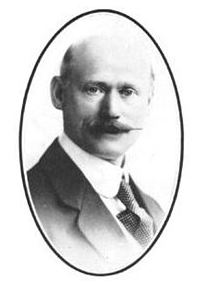 ... except the use of the name. However, today's Hornby is, rightly, celebrating with numbers of new models and some special souvenir products. In 1950, a company called Rovex, began producing toy train sets for sale via Marks and Spencer stores.

The "Princess" class loco was very crude with plastic wheels and picked up its power from plungers located between the back coupled wheel and the pony truck. It never worked very well, but came in a box with track and, short coaches and a power supply. 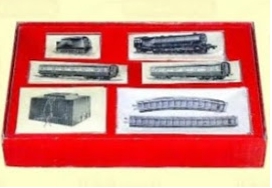 Rovex became Triang became Hornby. One of the centennial products is a facsimile of that first set ... 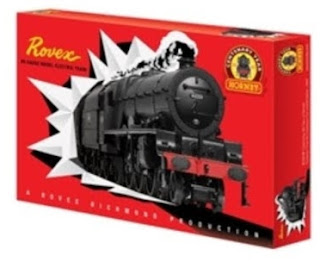 ... in a repro box containing, it is to be hoped, stock of today's quality!

But not everything celebrational could necessarily be called an improvement.