The Wuppertal Schwebebahn has been remarkably free from serious accident since it opened in 1901. Only one tragedy has resulted in loss of life.

The Wuppertal Schwebebahn accident (German: Schwebebahnunfall) took place on 12 April 1999 on a stretch of track near Robert-Daum-Platz station. In this accident involving car number 4 from the WSW GTW 72 series. Five persons lost their lives while 47 were injured, some of them seriously. This was the worst accident in the railway's history and, to date, the only one since the railway opened in 1901 to have had a deadly outcome. 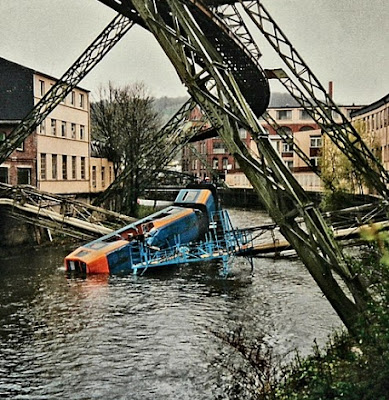 In simple terms some late running maintenance work meant that there was undue haste in clearing up all the equipment. A clamp which had suspended equipment from the track girders was not removed and the first train through struck the clamp with horrific consequences.

A plaque near the site of the accident is dedicated to those who lost their lived and to the injured. 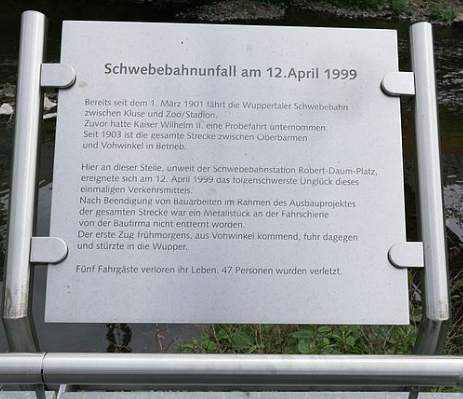 But there was one potential accident that, mercifully did not cause serious harm to ant passengers.

This is Tuffi the elephant ... 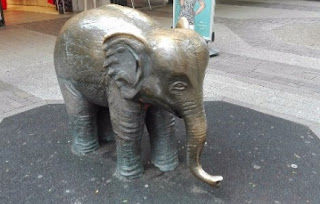 ... actually not a real elephant but a bronze model. The real Tuffi died in Paris in 1989. 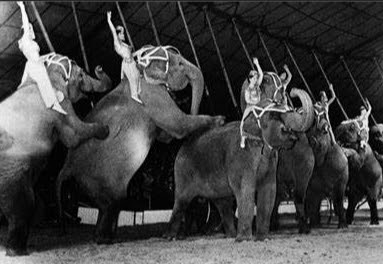 Herr Direktor has a jackpot idea. Why not take Tuffi for a ride on the Dangelbahn, complete with press photographers etc. as a publicity stunt for the evenings events in the Big Top. 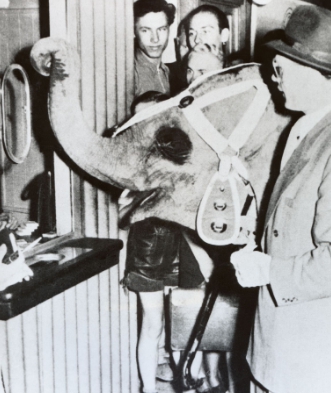 ... and was duly escorted on to a train. Tuffi became more and more agitated, much to the terror of the passengers. Despite the efforts of his keeper, Herr Director and the train's conductor, Tuffi would not be pacified. He began to damage the train and eventually with a determined effort, he broke free from his handlers and jumped through the train's doors and dropped to the river below.

Pictures of the event were later fabricated. 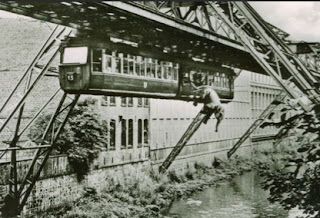 Tuffi was unhurt and the staff left the train at the next stop and rescued a shaken but by no means stirred small (but large) elephant. 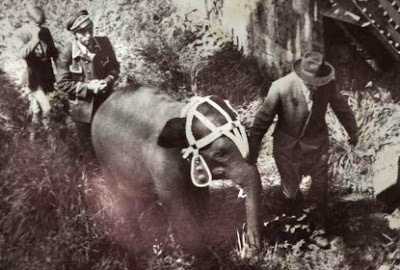 Herr Alsthoff and the Schwebebahn staff who permitted the pachyderm passenger to proceed were prosecuted and fined. It is not recorded under which Law the prosecution took place. Very few legal cases\have been recorded covering irresponsible herding of elephants on to public transport!

Needless to say, the event made headlines in the local rag ... 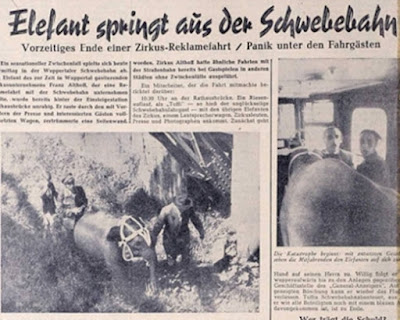 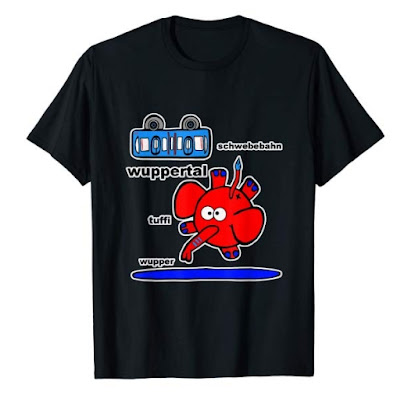 An equally lurid picture of Tuffi "in descent" appears on the wall of a house near the site of the "incident". 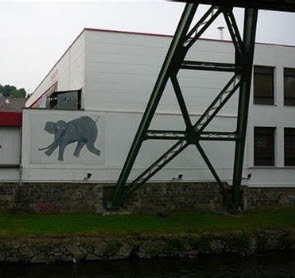 Books have been published, again superbly but over-enthusiastically illustrated. 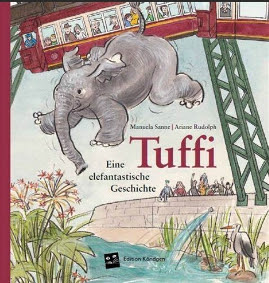 One childrens' book is available with German and English text (usual sources) ... 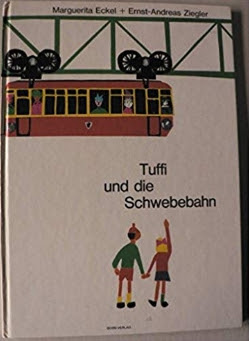 ... but best by far is a YouTube video of a song all about the nearly-tragic tale of Tuffi. Sadly, the lyrics are in German and, as has been explained before, fbb's "O" level German (taken in 1959) is totally inadequate for the task.
But the pictures are beautiful and explain the whole sorry take most adequately. The video last about 7 minutes, so, grab a plate of Blutwurst and Sauaerkraut ... 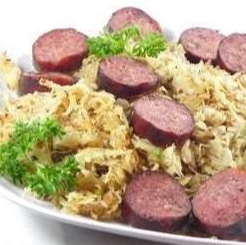 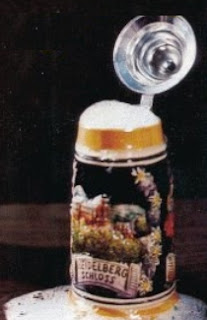 ... and enjoy the experience.

Long may the tale of Tuffi be remembered!