Stop Horsing About!
Simply a news item via the BBC that fbb could not resist. 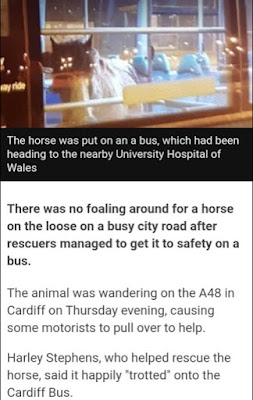 There is no mention in the report as to what fare the animal paid or was paid on its behalf. 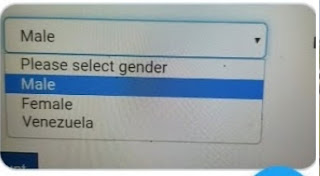 Somewhere in there is a question for the Only Connect "Sequences Round". Those letter sets chart the progressive small-isation in the field of model railways. "O" was the fondly remember Hornby Tinplate; "OO" came via Trix, Hornby Dublo and Triang (4 mm to the foot); TT a k a "Table Top" came from Triang (3mm to the foot) and then N. 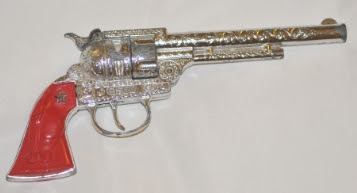 N began in the UK as OOO with the first readily available train sets produced by Lone Star (famous for their iconic cap guns!) "TrebleOLectric". 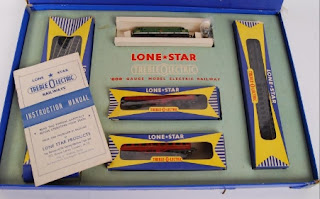 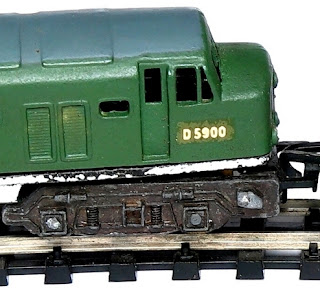 ... was crude and bore only a passing resemblance to the real thing. 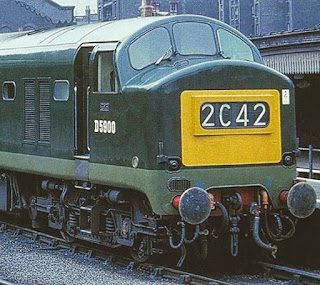 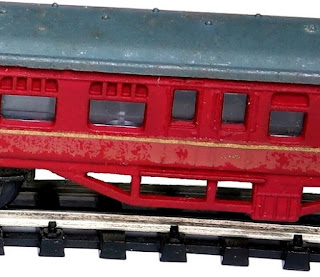 ,,, but they did have glazing in the bigger bits!

It was a good effort for the technology of the time, but the range did not expand and eventually disappeared. Enter Graham Farish with, amongst others, a rather fine (for the time) model of a GWR pannier tank loco. The same company, now part of the Bachmann group, has just released its latest version of the same model. A comparison shows how these tiny models have progressed over the years. In each case the top pictures is the "heritage" version. 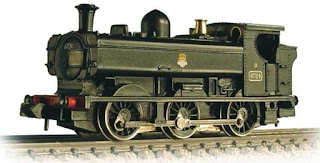 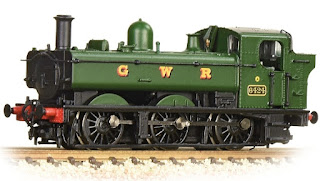 Be amazed at the buffer beam detail and the brake rigging, both absent on the older model. 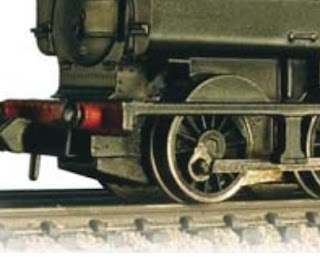 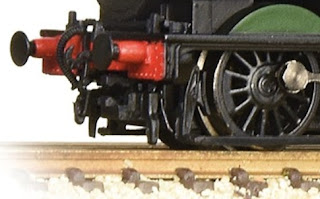 Even in and around the cab, a relatively simple area to model, you would think ... 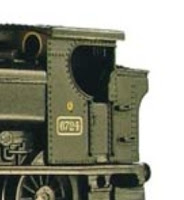 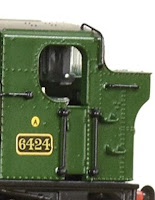 ... but the new model has separately applied handrails and much much better cab detail; sadly no cast brass number plate! And the model is approximately two inches long!

Z gauge (1.385 millimetres to the foot), produced by Märklin, is smaller still and T gauge is microscopic running on a track gauge of 3mm! 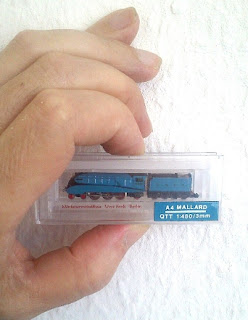 Danger! Dawlish Drenching
This snippet of news reached some of the national media in a recent burst of bad weather. To add to the woes of CrossCountry's Voyagers (which really do not like big waves), we now have a much-derided Pacer suffering a potentially more dangerous fate. 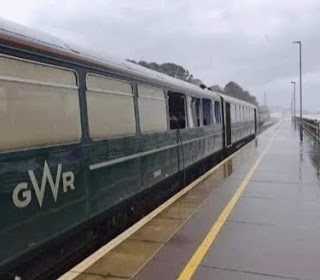 Four very dirty windows were smashed by a "freak wave". Fortunately the train was lightly loaded and only one person received "slight injuries" - but it was probably very scary. 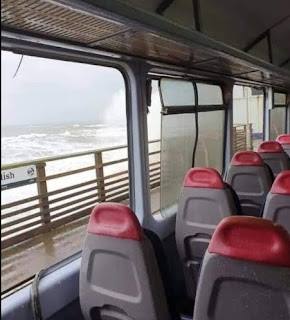 After this unfortunate and exceptional mishap, will we now see yet more trains banned from the "dangerous" sea wall when the weather is a bit lumpy. Or maybe it was just a venerable but ancient Pacer reacting badly to the onslaught. Once they have all gone to the diesel unit heaven in the sky (or more likely, Sheol we say, to another place!) self-destruct windows may be a thing of the past.

The Disaster That Isn't High Speed 2

Whilst environmentalists and nimbies continue to bleat about the impact of the proposed line on terrified wild life, a twitterer has sent in a delightful photo of a train travelling at high speed on High Speed 1.

We are right to be concerned about nature and its wildlife, but, usually, nature copes better that mere mortals with our intrusions. The cattle choose not to be mooved!

Thought - Of The Provoked Variety
In case you were wondering what to read over the weekend ... 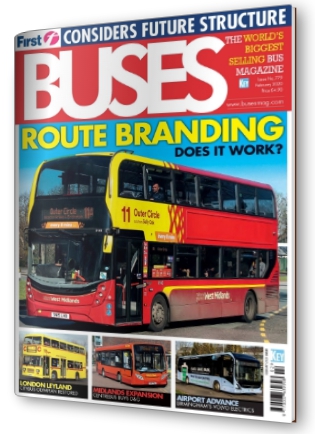 The February edition of "Buses" contains, as usual, lots of jolly good stuff. Two articles in particular aroused fbb's interest. One, the "cover" article, considers the ever controversial question of route branding versus a single company image. The other, more worrying, charts Denbighshire's sorry experience in attempting to run electric buses on some rural services.

It's the batteries and the charging thereof.

Both topics have made their presence felt in previous blogs and the news that Stagecoach is planning a revamp of its livery and general PR means that the subject won't go away.