It was just a week ago that rumours began circulating of "trouble-at-t-mill" for Halton Transport. Drivers had not turned up to work and some school services had not run. the word on the street was that the company was to be placed into receivership by its owners, Halton Borough Council.

But the council remained tight-lipped despite it being known that "behind-closed-doors" meeting were on-going.

Then, just after lunch, the formal announcement came.

Amazingly, within minutes pf the formal statement, Arriva had published timetables for some replacement services. These were as follows:-

Arriva's contribution to the joint service was a bus every hour, so here there was an increase to every 40 minutes, not the most helpful of frequencies but and improvement on hourly! 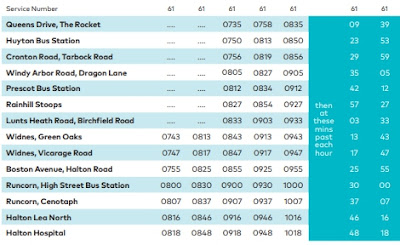 the replacement 61 does not make it into central Liverpool, instead turning at Childwall near Doddy's famous Knotty Ash. 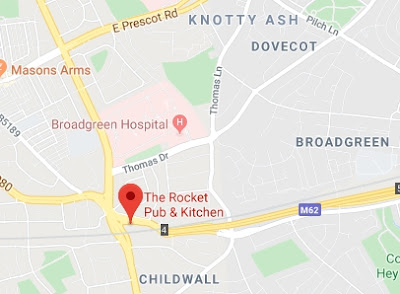 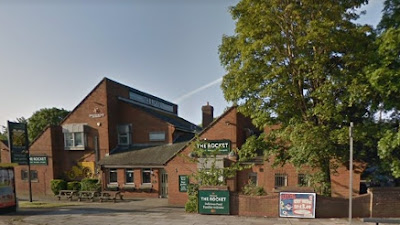 ... so might be a modern replacement for a hostelry demolished to make way for yet another mega junction. 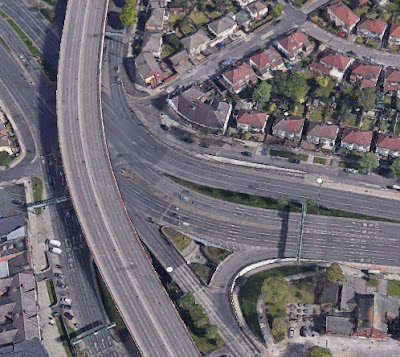 Liverpudlians will know - the pub is bottom right.

Arriva do not run between Warrington and Runcorn, but see below.

... but leaving the 14A, 61 and 62 as shown above. It must be remembered that Arriva is a major player throughout the area and, presumably, they have no desire to take on services which might abstract from their pre C-day network.

Nevertheless, irrespective of the secret machinations of Halton Council, Arriva have to be congratulated on having these replacements up and running from Monday 27th - and, even more impressive, operation of some journeys from Saturday 25th. But obviously the Council had been giving and nod and a wink to Arriva well before the official announcement was made! 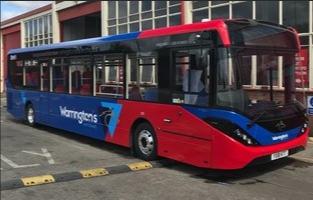 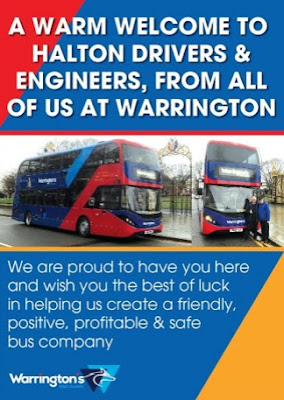 ... but their detailed contribution was harder for an old codger based in sunny Seaton to discern.

In the end they are operating the Widnes to Warrington part of the 62 not covered by Arriva ...

... together with some tendered bits and pieces in Runcorn itself, e.g. 3D. 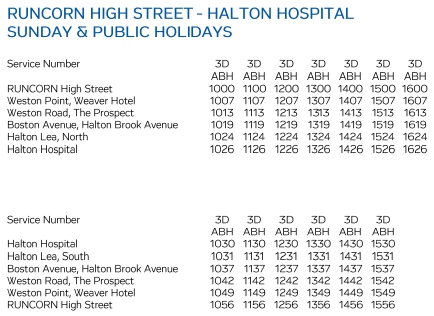 These seem too have vanished without trace at the moment, with no mention on the Council web site.

The Council is working hard with other transport providers to ensure, as  far as possible, that essential services are maintained. However, there will inevitably be disruption. The advice is that if you rely on a Halton Transport bus you should make alternative arrangements. The Council will make announcements on its website, social media and through media outlets in relation to alternative services as they are put in place and become operational.

The Board of Halton Transport and the Council would like to apologise to bus users for any inconvenience caused. 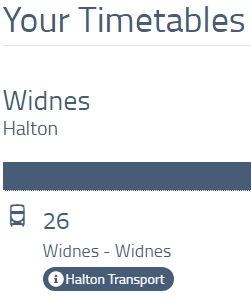 ... with 26 and 27 operating as before. Such is the delight and the speed of modern technology.

As an outsider looking in from afar, fbb assumes that these links have not been replaced.

It should be remembered, however, that the urban areas of the North west have a complex and often unfathomable network of services so there will be other links to many of the "missing areas" - but  maybe not to the delightful (?) West Bank? 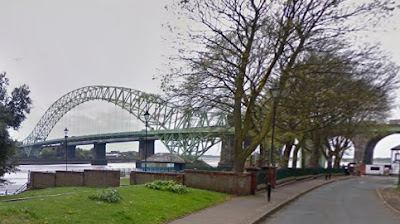 Bad News for Bath to Bowerhill 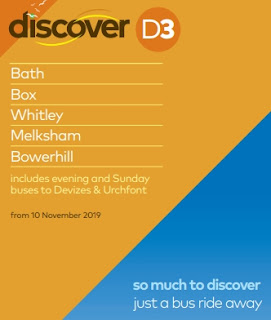 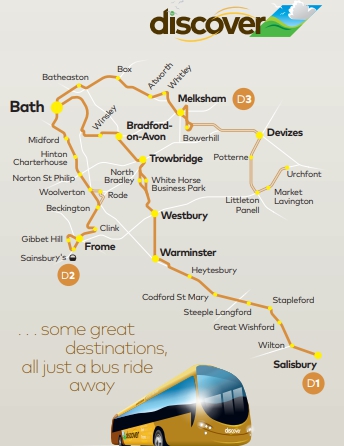 But now comes the news that First has de-registered the D3 from Melksham.

James Freeman explains all in his staff newsletter this week. 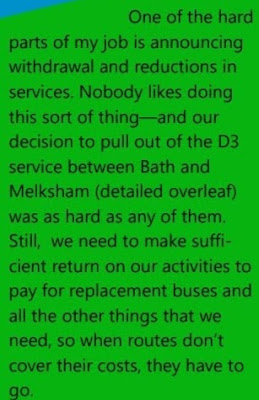 Doubtless someone will be found to run a poorer replacement service with a bit of Local Authority money, but it probably will be a reduction on what First have operated.

Once again, the "commercial" model fails to deliver; and passengers are now at the whim of cash-strapped councils.

It should not be like this if we are serious about the environment, global warming, pollution and the wellbeing of rural resdidents. Agencies SAY they are serious but ...