Wuppertal P. S, And Other Stuff

Miniatur Dangelbahnen
One of the pains of writing this blog can be the offencive comments that occasionally insinuate incorrect insinuations about the old man's motives, methodology and general madness. There are, thankfully rare and all offering are welcome - especially those that seek to offer corrections and an alternative and considered point of view.

But one of the delights of the blogging game is the little snippets of information that extend or enhance stuff that fbb has written.

Firstly, from  there was a YouTube video showing an excited Japanese laddie opening his (birthday?) gifts. 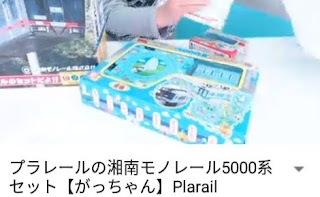 Mostly they appeared to be rail related. But one, in particular, caught fbb's eye - and it was the biggest ... 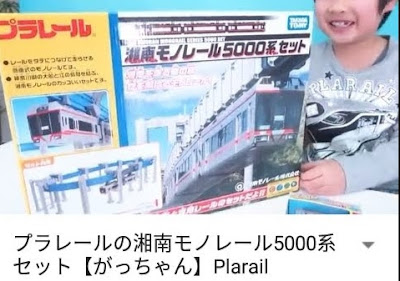 ... a working model of the railway in Shonan Monorail, Kamakura City, Kanagawa Prefecture, Japan. And here is the real thing. 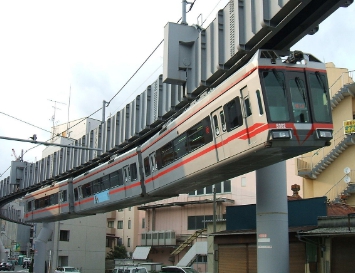 Correspondent James suggested, tongue in cheek that fbb might like one for his model railway. Wrong scale, James. But them another electronic communication popped up from Paul. 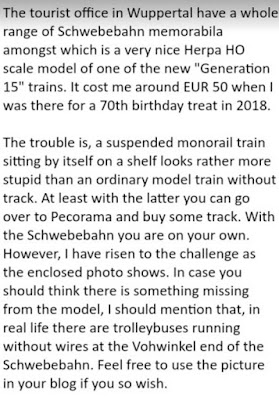 So Paul built a length of gantry and displayed his model thereupon ...

It would appear that Paul's model is unpowered and unbending ... 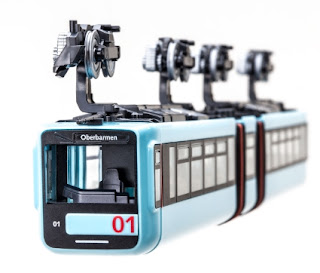 ... and, as Paul reports, came without and form of support.

But there is a version that comes with "gerust"which isn't "rust", its scaffolding or framework, i.e. a chunk of supporting girders. 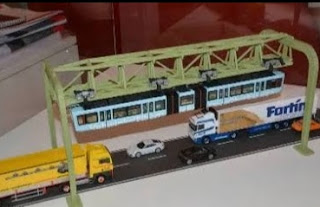 At nearly four times the price... 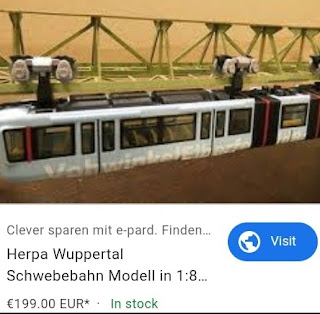 Then stirring around in the mélange that is YouTube, fbb came across a couple of short videos. The first looked like a clever home made Dangelbahn unit ...
... powered by a motor in the front "car", driving the "bogie" via a rubber band.

In the second video, but on the same track, the new-style unit is operating.
Now one of those might be of interest for fbb's layout; but he thinks that the trustees of Peterville Quarry Railway are unlikely to be able to afford to install such an expensive attraction.

Superbly Splendid Station
A tweeter twittered about this rather magnificent station building. 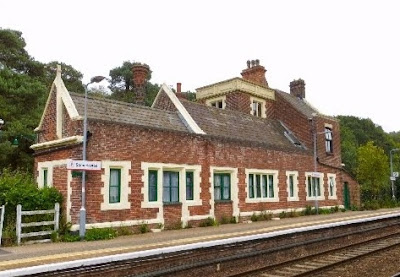 fbb was intending to complain that the building has been spoiled by modern additions at the far end, but, and ancient and fuzzy photo suggests these excrescences and much older.

But dig those crazy chimney pots! 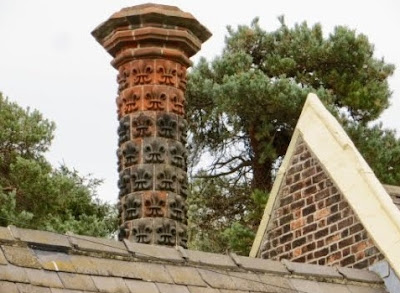 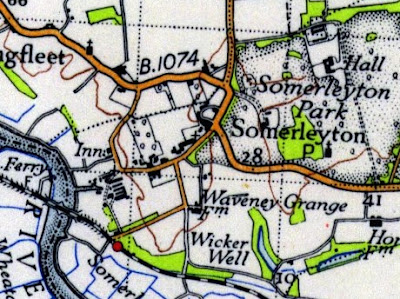 It used to have a ferry and still has a splendid swing bridge ... 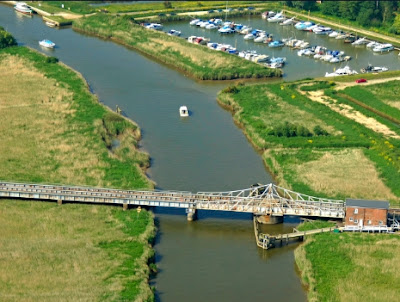 ... which does still swing. 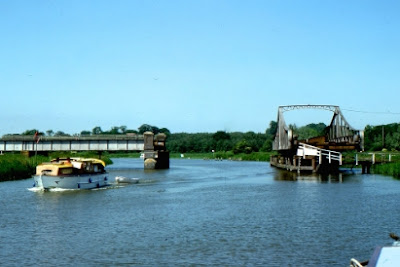 Someleyton is on the line between Norwich and Lowetoft served by the Greater Anglia railway company.

Talking Of Greater Anglia ...
The Abellio company has begun to filter in new Class 745 units into its Norwich to London timetable. 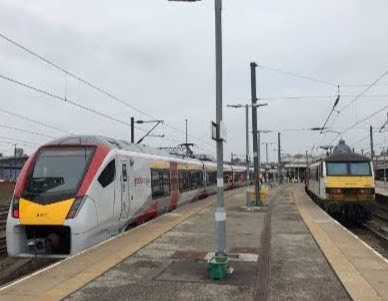 The 12 car trains are a little longer than the loco hauled sets that they replace and Roger French has has a ride. He reports fully in his RF blog (here).

He claims the trains bridge to gap between a commuter train and inter-city but, from pictures, fbb thinks that the ambiance is more towards bulk travel than an "inter-city" ride. 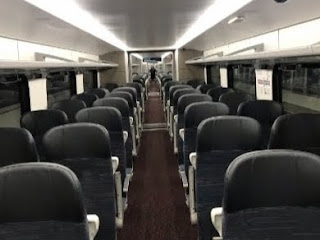 Standard class is all boring grey. Yawn. And, as usual, the seats don't match the windows. 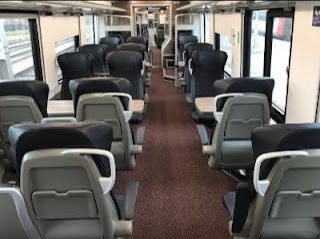 Rog also points out that there is less than one toilet per coach - which seems inadequate for "inter-city" travel; and not at all good for fbb's "occasional little problem".

If you like "Sardine but Comfortable", then these trains seem fine - but "quality" travel it is not. Have things really improved? 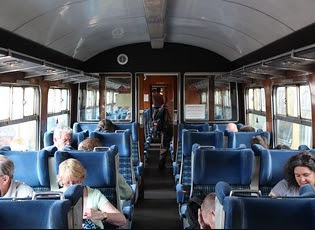 Happy Hornby Hanniversary blog : Sat 12th Jan AND
another daft timetable from Sh** you know who.
Posted by fatbusbloke at 02:00