Well it broke yesterday evening. The Government has reach an agreement with the FlyBe shareholders and directors to "save" the company from collapse. Details are to follow, but there will be some relief for the employees which includes a fair chunk of staff at the Exeter Airport Base.

Press speculation so far has centred on a reduction of the Air Passenger Duty as a means of "legal subsidy". 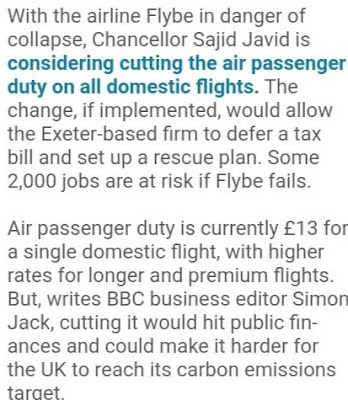 -o-o-o-o-o-o-o-o-o-o-o-o-o-o-o-o-o-o-
A week or so before Christmas, the fbbs were on the Isle of Wight to (a) lead a service at their former church, (b) visit fbb's sister who is in care and (c) to have their traditional Christmas nosh with Senior IoW Correspondent Alan and his good lady wife - and annual tradition going back many many years. 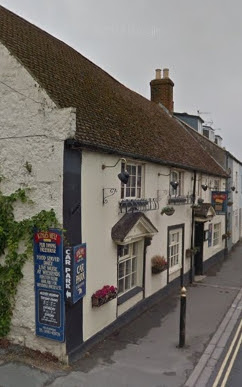 As they settled down at the Kynges Well pub, Alan revealed his lavish gift for fbb, tastefully wrapped and very intriguing. Permission was granted for a 2 month early opening and of course it was a book; this book:- 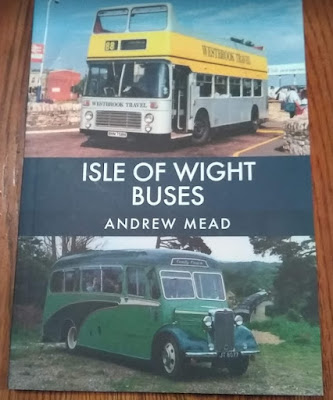 And lo! The cover was adorned with fbb's open topped VR which he operated on a Downs Tour circular for a number of years. The other cover bus was owned by another former Island resident and equally former colleagues of fbb, namely John Woodhams.

Without wishing to appear ungrateful for the benevolence of the gift, fbb has to say that it is a strange book in many ways.

After a brief but readable summary of bus history on the Island, there then follows pages and pages of photographs with adequate and accurate captions.

But the pictures are in no recognisable order.

Blasts from the far past like this full fronted open topper leaving Ventot bus station ... 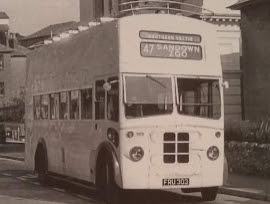 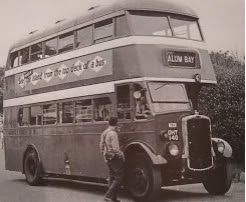 ... sit in jolly juxtaposition with buses recognisable as running in very recent times. 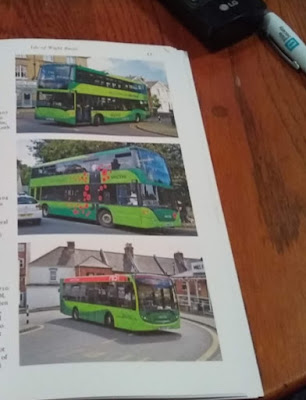 Because the contents have piggledy that is extremely higgledy, this is a book to leaf through; to pause on one particular page and to smile inwardly as you admit "I had forgotten that". 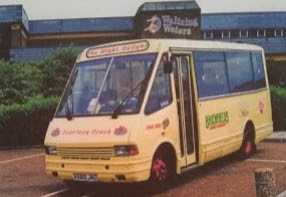 This was an ultimately unsuccessful attempt by three "attractions" to attract more custom. Brickfields Horsecountry, Flamingo Park and Walzing Waters have all fallen by the wayside over the years.

Flamingo Park lingers unstocked with flamingos at the foot of its now empty car park. 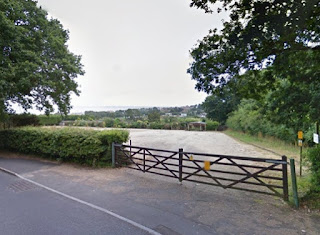 Waltzing Waters, formerly the Westridge Leisure Centre is no more ... 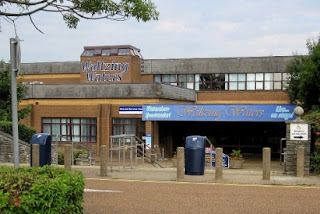 ... and Brickfields is Reynolds and Read's lorry depot! 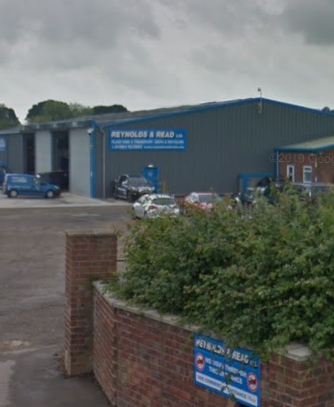 Island visitors of yore will regret their passing as they were, all three, good places to visit. The Wight Delight bus, ex Cheltenham and District, found its way on to the downs and in "residential" use. 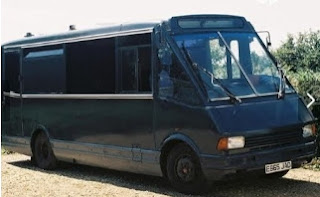 The book also has a small collection of overner vehicles with no common theme ... 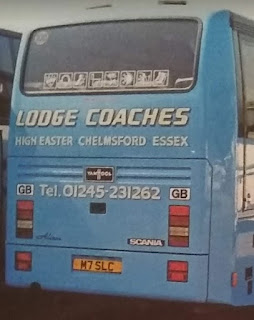 ... except perhaps that the author is acquainted with them at their mainland bases.

There is fondly remembered publicity ... 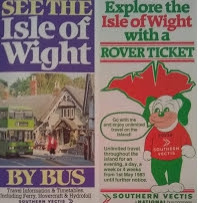 ... and a reminder that had slipped from fbb's memory, namely that Southern Vectis did, for a while, run several island post offices! 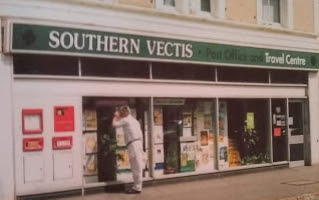 For those with long memories of the Island, this book provides a rich panoply of happy memories; for a newcomer to Vectensian public transport it reveals that it was not all about Southern Vectis - there was a huge variety of different operations over the years. Most are no longer present, but the memories can be re-awakened by this fascinating volume.

Something to enjoy in the cold winder evenings and something to lure readers back to the Island to see what isn't there any more.

Next bother in Bristol blog : Thursday 16th January
Posted by fatbusbloke at 02:00