As a long-standing follower of ‘Public Transport Experience’, I thought you might be interested in a book I have just had published. 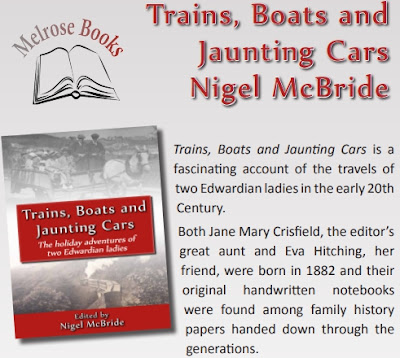 "Trains, Boats and Jaunting Cars" is a personal record written by my Great Aunt Jane and a friend describing their holiday travels between 1907 and 1938. It covers various destinations (the West Country, North Wales, the Lakes, Scotland, Ireland, Switzerland and the south of France, inter alia), so would be of particular interest for anyone familiar with the areas concerned.

There is for instance, a holiday in Branscombe in 1917, which includes various walks "via the downs" to Seaton and a trip by train to Exmouth involving a walk to Otterton on the outward journey and walking back from Tipton St. John on the return! 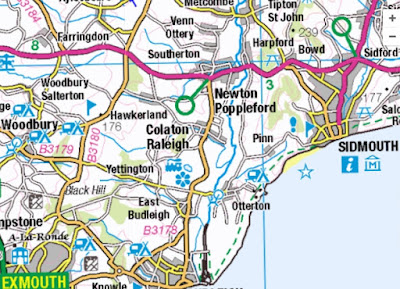 Although most of their journeys were by train, there are a number of references to buses, some of which ring true today, such as the discovery in 1920 that the 8.15 from Dunster to Wheddon Cross did not run on Tuesdays.  Obviously there was scope for mis-reading bus timetables even then!

fbb has not (yet?) bought the book, but is pleased to publish some extracts from Nigel's web site which, if nothing else, illustrate the stamina of two ladies charging about Europe by public transport.

fbb has added a few photos to those supplied by Nigel. 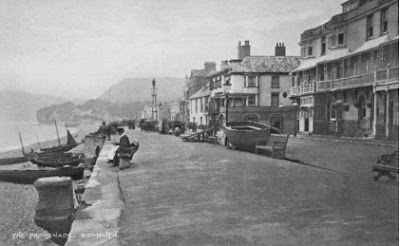 On the seafront is a splendid cricket, tennis and croquet lawn. There are some very charming and picturesque old houses below Peak Hill and situated high up on the cliff which are now used as high class hotels, an ideal spot to spend a holiday. Beyond is the Coastguard Station, and one is able to climb to the top and so obtain a grand sea view. 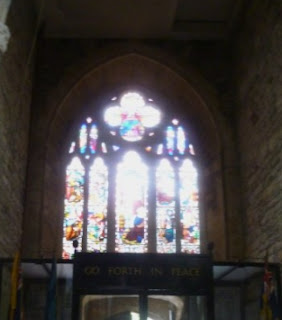 The Church of St. Nicholas contains some very fine stained glass windows, the west window being erected by Queen Victoria in memory of her father. The colourings are very beautiful.

North Devon 1914
We did not see a human being or house and a great longing for tea came over us. It was a welcome sight to see a little house attached to the lighthouse and after enquiries found they could give us some tea. 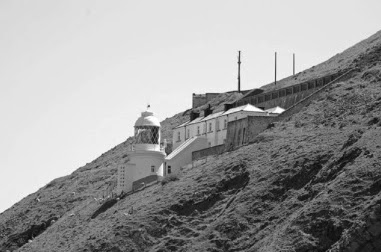 We had great kindness shown us and we did good justice to the tea….

We turned our steps homeward, luckily were put onto the right path. The walk from here is charming, such a lovely rugged coast and the hills are golden with the gorse and purple with the heather, the cliffs a lovely red making a perfect sight. No wonder this hill looks to be so grand in colour when we view it from Lynton…. 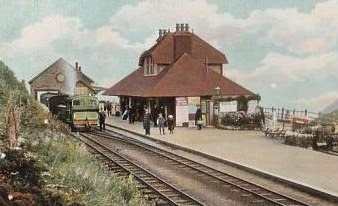 At Lynton we watched a party of French people arrive by train and were relating, we imagined, to their relatives who met them the events of the war.

Ffestiniog Railway 1912
Train at 9.50 for Betws-y-Coed, Cambrian Railway to Minffordd Junction. On our way had a good view of Criccieth. Changed to the Ffestiniog Toy Railway for Blaenau Ffestiniog. These trains are most quaint, more like a tram and very tiny. We sat in a carriage lengthways.

The scenery to Blaenau Ffestiniog is grand, about 13 miles. We gradually rise until in one place we are 700 ft above Portmadoc. The curves are so sharp that it is possible to see both ends of the train. We could see Harlech Castle on the right and after Penrhyn Station we get a most charming view of Dwyryd Valley. Beautiful hills and trees rising in all directions and houses appearing here and there amongst the trees. We come to Tan-y-Bwlch, a lovely spot, it means “under the pass”. 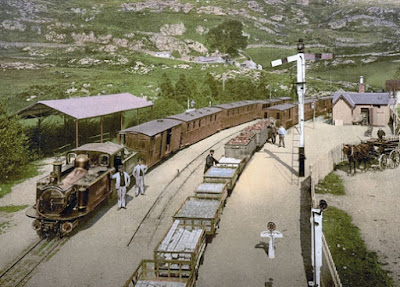 Maentwrog is our next station. Here and there on our journey we pass lovely little waterfalls. We pass Ddualt and next to that Tanygrisiau (under the steps). Then we come to Blaenau Ffestiniog Junction. There we take the L&NW Railway to Betws. 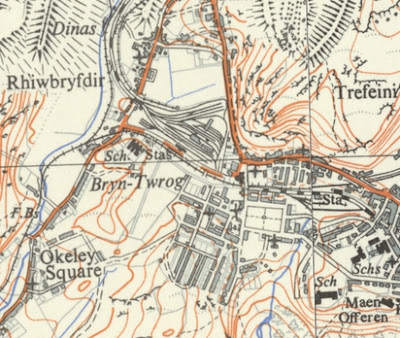 Edinburgh 1917
It soon got dark so that we were unable to see much of the coast as we came into Edinburgh. When we alighted from the train, several boys came rushing for our luggage, talking foreign language to us and one man tried to embrace me. Anyway we soon found our party and were on our way to Ramsay Lodge, after nearly falling over some drunken men.

[aside from fbb : there was a wry smile from Mrs fbb (Scottish lass) when he read out the extract above!]

Worth a small outgoing of cash?

And Rushden 2017
NOT from Nigel's great aunt! 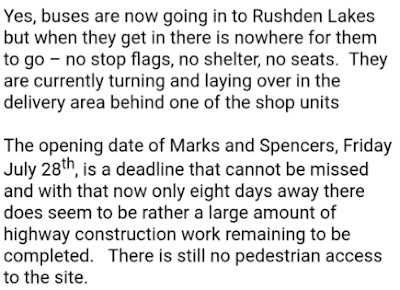 Readers may remember that Stagecoach started running buses to this new out-of-town shopping centre a few weeks ago - except they didn't because the road wasn't finished.

Will it be finished by 28th? 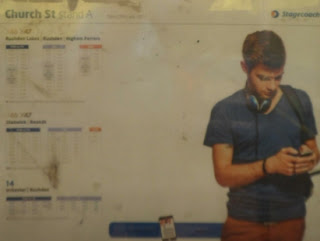 Nobody bothers to manage the frames as a result of which they are so grotty that you cannot easily read the times. 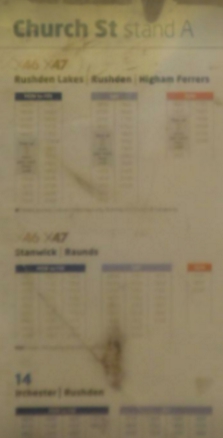 Might it be possible for Stagecoach's budget to be stretch to purchase some glass cleaner and a few bits of old uniform as wiping rags. How about it, Sir Brian? A pair of jimjams from the now withdrawn overnight Megabuses? 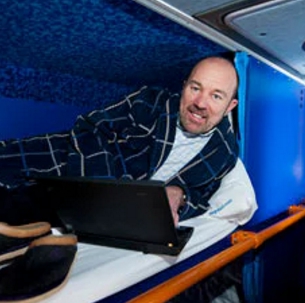 Oh?That's his jacket. Never mind, it will do just as well. 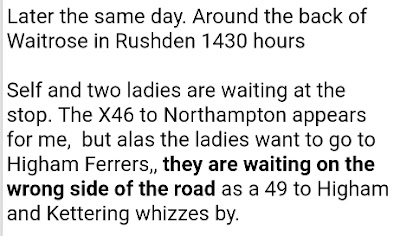 That's because the X46, X47 TO Rushden Lakes and on to Northampton stop on the right hand side of the road ... 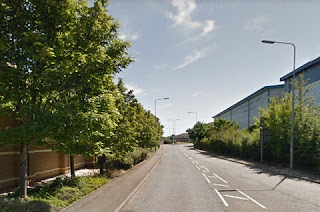 ... whilst the ladies' service 49 stops on the left on its way FROM Rushden Lakes before continuing to Higham Ferrers and Kettering. If they had wanted the 50 to Kettering etc. that would have stopped on the right with the X47/X47.

Or is it the other way round?

The map clarifies everything by dint of colouring the 49 blue and the 50 ... 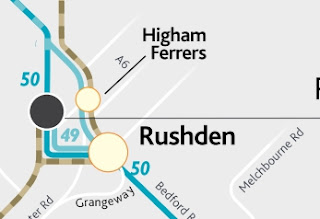