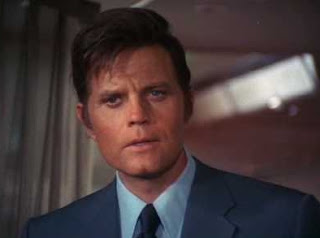 Jack Lord played Steve McGarrett (with a Mc and an "e") in several million episodes of the TV series Hawaii 5-O. Our Garratt had no Mc and an "a". 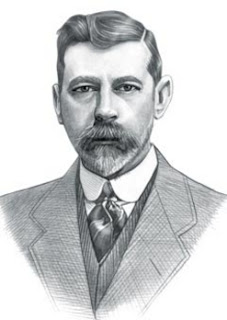 Herbert William Garratt (8 June 1864 to 25 September 1913) was an English mechanical engineer and the inventor of the Garratt system of articulated locomotives.

Garratt began his engineering career by serving an apprenticeship under John Carter Park, then locomotive superintendent of the North London Railway, from 1879-1882 at the North London Railway Bow works. Garratt transferred to the Argentine Central Railway in 1889, where he became Locomotive Superintendent in 1892, and between 1900 and 1906 he worked for railways in Cuba, Lagos, and Lima (Peru). In 1902, Garratt was elected to membership of the Institute of Mechanical Engineers. He returned to England in 1906.

So what was his big idea?

Effectively, two locomotives (heels, cylinders, brakes etc) share the same boiler. Because it is slung between rather than above the wheels, it can be bigger and heavier. The two sets of wheels can negotiate sharper curves and spread the weight over a wider area; this making the concept popular for narrow gauge railways in difficult territory with winding steeply graded routes. the coal bunker and water tank sit on the wheeled sections.

Here is a Garrett from South African railways at work on the Welsh Highland Railway that runs from Caernarfon to Porthmadog. 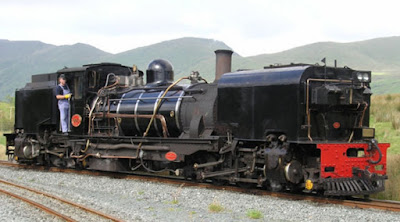 They are hefty and powerful beauties and do go round some sharp corners as at the loops near Beddgelert. 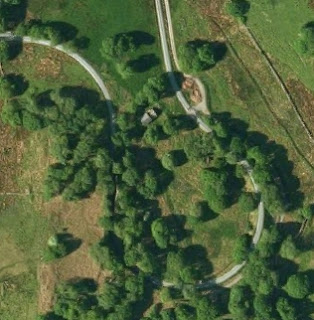 The London Midland and Scottish Railway built 33 for the full sized system. They, too, were huge in every way.

The correct designation for the wheel arrangement is 2-6-0+0-6-2 and they were used for heavy coal and stone trains. The last one was withdrawn in 1955 and fbb has no recollection of ever seeing one. You now elderly blogger was probably too young to know what he was looking at even if he did see one.

The London and North Eastern Railway built just one in 1925.

Latterly numbered 69999, it was even bigger than the Midland's with a 2-8-0+0-8-2 wheel arrangement. It was built to haul heavy coal trains up the Worsborough Bank. Sometimes these trains needed four locomotives. Here are two banking engines (at the back) and there are another two at the front. 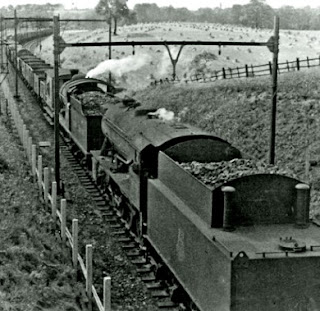 Even when the line was electrified, four locos could occasionally be seen. 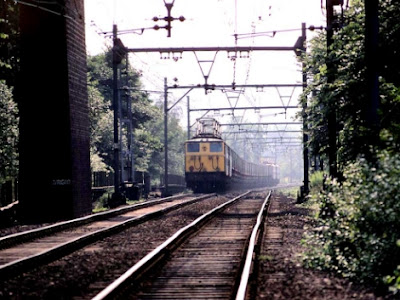 After electrification, this monster was tired out on the steepest bit of main line UK railway, namely the Lickey incline but was not satisfactory and it, too was scrapped in 1955.

Elsewhere in the world Garrats can be even bigger. Here is a Russian locomotive ...

Sadly, no main line UK Garratt was preserved but a model was sold for a while. 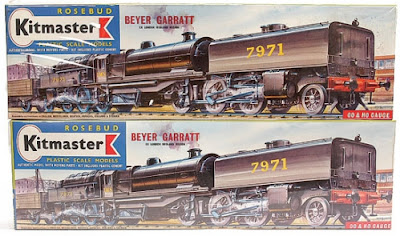 Sadly, when Airfix/Kitmaster models were taken over by Dapol, the tooling for the Garratt was scrapped. Boo!

Recently, you could buy a working OO gauge loco. Commissioned by Hattons from manufacturer Heljan, this loco was a magnificent replica of the huge original

Sadly, but not surprisingly, these have all been sold out and second hand models attract a premium over the as-new price of £199 ...

... or greater premium premium if you are offering a new one!

You blogger began enquiring into the world of Herbie's spectacular locomotives when he read this little heading to an Twit message that popped into his in-box.

It read, "How do you unload a Garratt?"

This, from Stagecoach in Sheffield, out-fbb-ed fbb.

As well as being pretty well incomprehensible as a message, the double misspelling of Oughtibridge is a delight.

Outibride - Rejected at the altar. 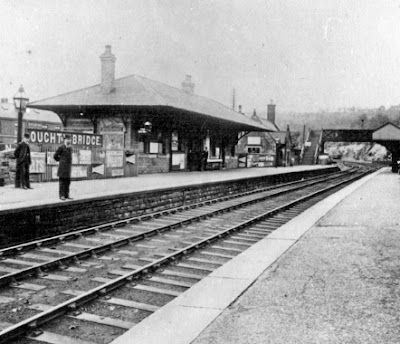 A Sheffield Transport service 18 at Oughtibridge, its terminus. 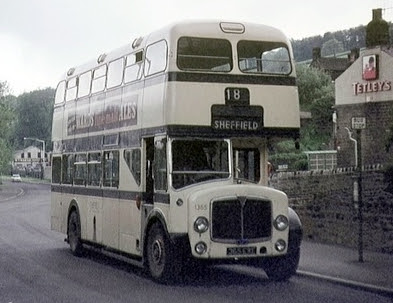 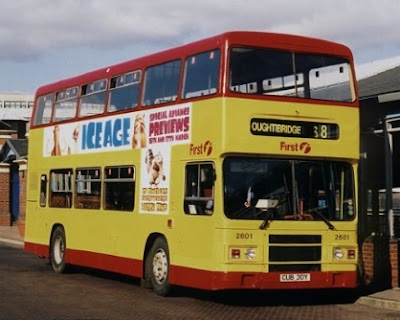 Given up by First, now a Stagecoach route ... 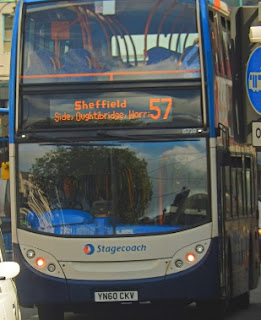 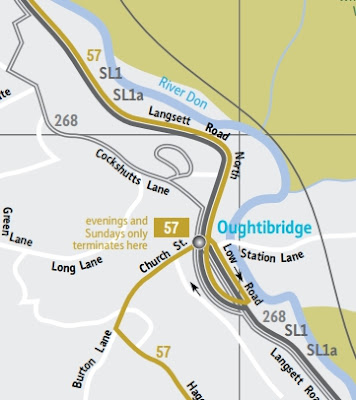 The half hourly frequency is due to be cut to hourly from 3rd September. The main road is covered by Supertram Link buses running every 10 minutes ... 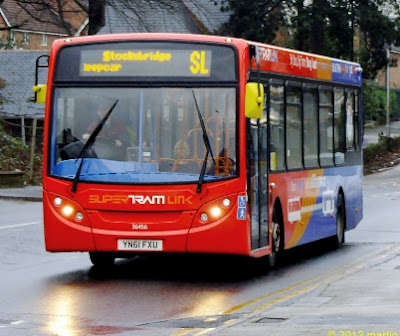 ... so Oughtibridgers (?) still have plenty of buses to go at. The 268 is infrequent and visits parts that other buses don't reach! 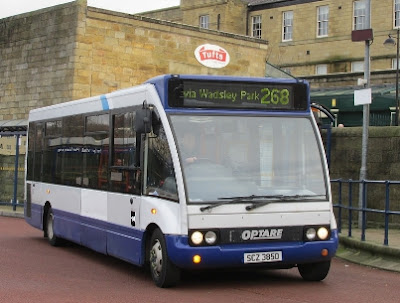