fbb has always had a soft spot for the long lost Wisbech and Upwell Tramway. Partly this has been encouraged by the enthusiasm of Fearnley junior for the Thomas the Tank Engine books which feature Toby the tram Engine. 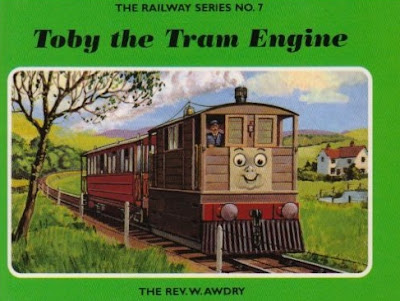 To entertain young Archie, fbb bought a "Toby" and constructed his coach Henietta by butchering a German model of a four wheeled passenger vehicle. The results are tolerable! 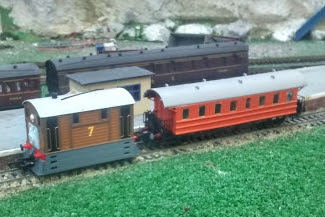 On Saturday last, fbb was at the Yeovil Model Railway Group open day (of which more in due course) when he espied this volume in a box of "for sale" goodies alongside one of the layouts on view. 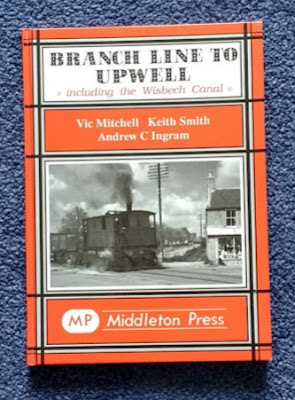 The book has been out of print fro some time having first seen the light of day in 1995 with a cover price pf £10.95. 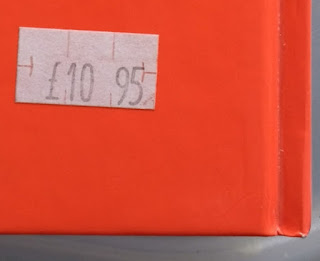 As well as "The Tramway", the book looks at the Wisbech canal which closed in 1922 having been put out of business by the trams! 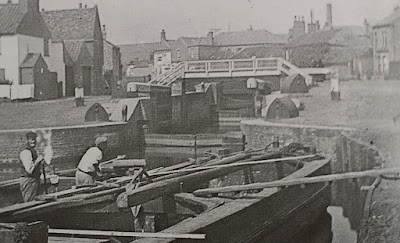 Within Wisbech itself, this has become a road ... 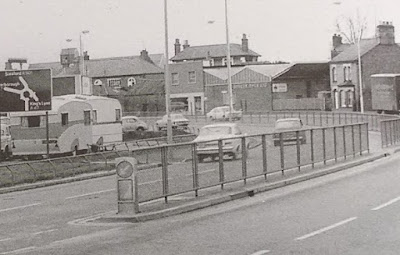 ... with the bay-windowed house on the far right giving some context. Alas, that reminder of what once gurgled by has also been demolished! 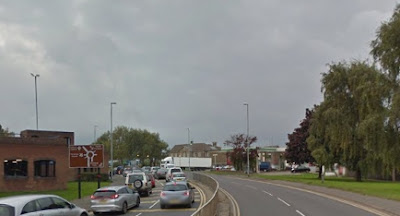 Here the canal and road are compared:- 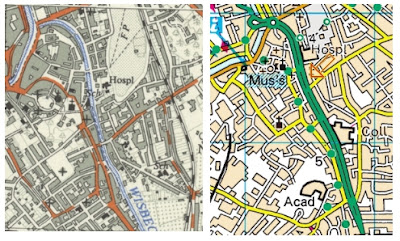 As with all Middleton Press publications, the book traces the line from end to end with a wonderful selection of evocative pictures ... 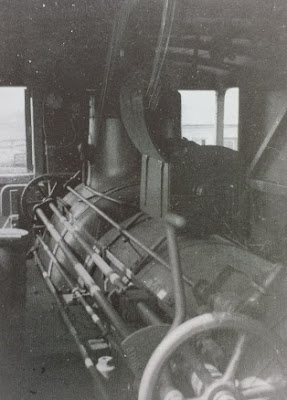 ... one of which is a rare inside view of one of the delightful little tram engines. Imagine a conventional steam locomotive with a wooden box round it and you have a picture of exactly how they worked. fbb reckons it would have been very hot inside, which is why most shots have cab doors wide open. 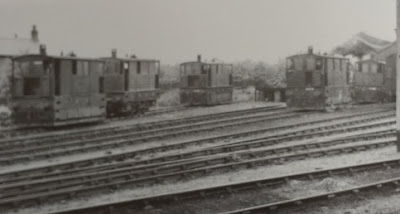 Amazingly the line survived until 1966 for freight, carrying mainly agricultural produce for trans-shipment to the "main line" at Wisbech. Passenger services ceased in 1927 which may explain why photos of the passenger stock appear only occasionally in the book's pages. 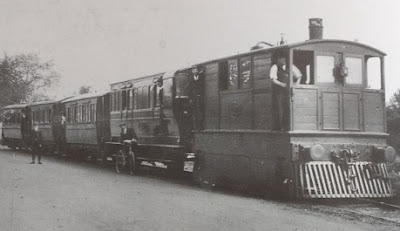 But it is the quirky that always interests fbb. Here is a crudely painted sign at Wisbeck Station ... 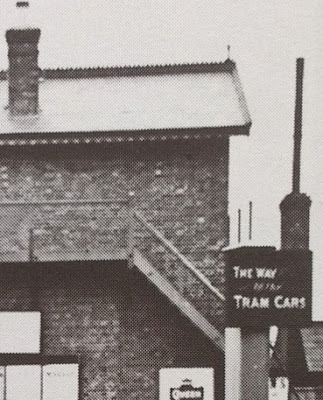 ... and a ticket for a first class single ride on the full length of the line.

For almost all of its passenger-carrying life there were six return trains a day, Monday to Saturday ...

... but it is hard to imagine what benefits might be gained by paying for a First Class ticket. Maybe it would offer separation from the "common herd" of farm workers, their wives and their "unruly" children? 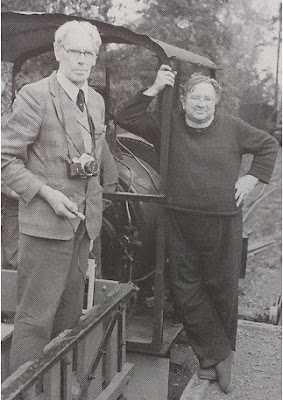 Both rail loving clerics are pictured with Teddy Boston's narrow gauge railway which ran round his vicarage garden.

Copies of the book are on offer at a HUGE range of prices on Amazon, ranging from a modest £8.99 ... 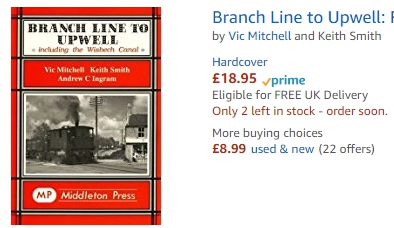 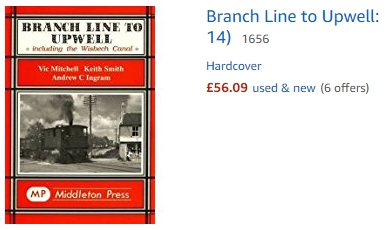 And cheapskate fbb grasped the opportunity to cough up an utterly reasonable ... 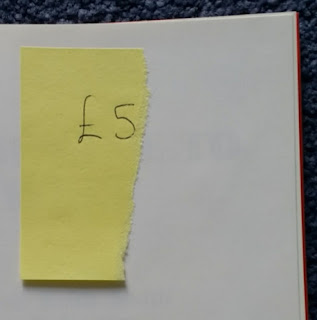 Next rail or bus blog - Wednesday 19th July
Posted by fatbusbloke at 02:00