As regular readers will know, fbb gets all sorts of of things dropping into his confuser's system, including extracts from various Railway Twit sites. Of these, a regular contribution comes from the Vale of Rheidol line which runs, picturesquely, from Aberystwyth to Devil's Bridge.

Two recent pictures are stunning. Here is a loco making the huge effort needed to get its train moving from the terminus ... 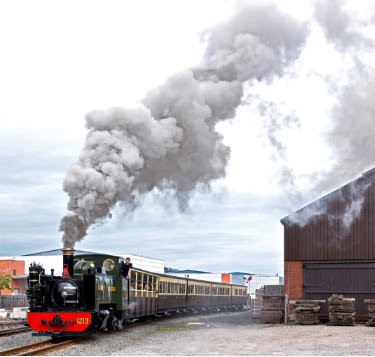 ... and below, the photographer has scrambled up a lump of the Rheidol hills and is looking down into the picturesque greenery of the river valley. 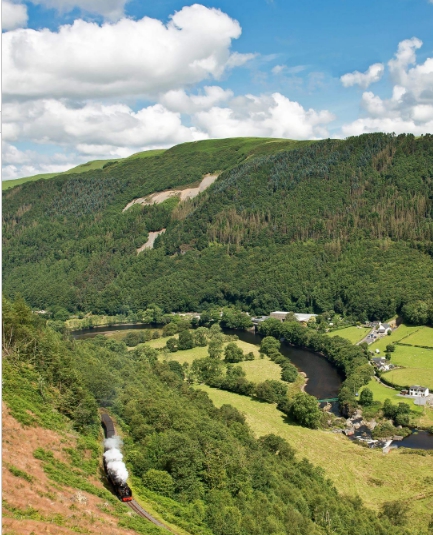 And there is the little train chugging away just as it has done for the last 114 years.

By the time the railway was ready to open in 1902, lead mining in Ceredigion was in steep decline. However a significant growth in tourism was under way, and the carriage of passengers soon became the principal traffic of the railway. It opened for mineral traffic in August 1902 and for passengers on 22 December 1902, using two 2-6-2T locomotives built by Davies and Metcalfe and the aforementioned Rheidol, built by Bagnall.

Since the 1920s the line has been in the hands of three "new" engines, still in use today. 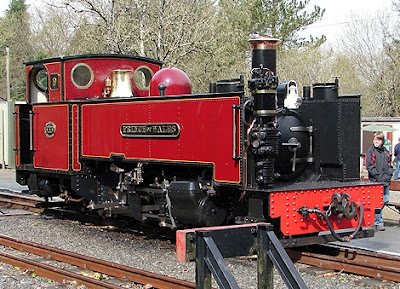 But the company's web site lists a whole shed load of other motive power that have been classed as "visiting engines" over the years.  Winifred popped in for a cup of coal and a glass of water in 2015. 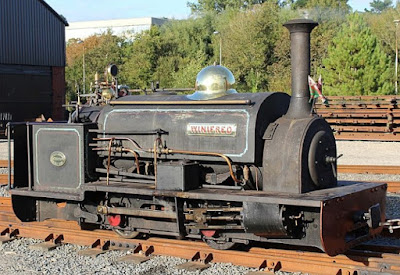 And there are (whisper it gently) d**s*ls that live on the line and help out in various ways. fbb met this one out in the country when he rode the line a couple of years ago ... 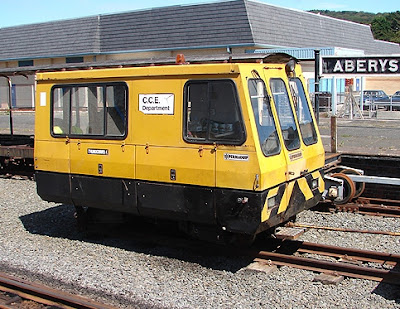 ... whilst No 10 did a bit o shunting in the yard at Aberystwyth. 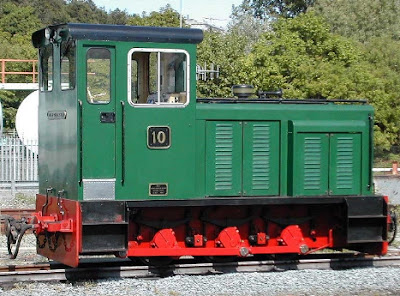 But it was recent arrival No 60 that needed unloading. 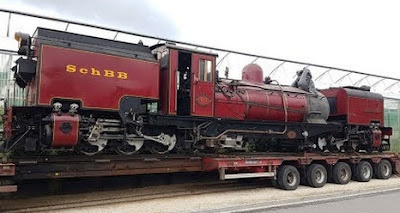 NG G13 Garratt locomotive No 60 was delivered to the Vale of Rheidol Railway, Aberystwyth, Mid Wales on 17th July 2017. It has just completed an 800 mile journey from its former home at the Schinznacher Baumschulbahn in Switzerland.

Now all you have to do, lads, is lift it off the lorry and on to the track.

Fortunately the V of R recorded the unloading on video.

Straightforward! Presumably the unload was done slowly because dropping a Garratt loco, even a small-ish one, off the rails could present even greater problems. But he slowness means that the video lacks dynamic interest, so fbb has taken a couple of screen shots. 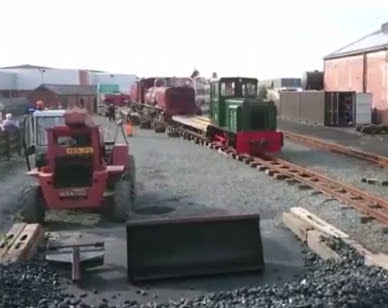 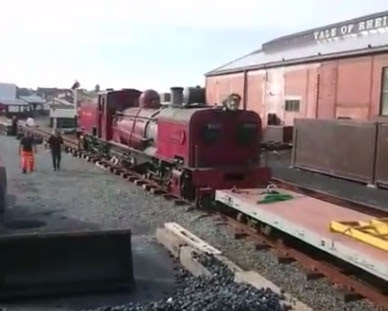 Safely unloaded, this monster is visiting for some engineering work and possibly to offer visitors a spectacular experience. fbb does not, however, know whether it will be used in public service.

Baum (tree) schule (school) actually means tree nursery, i.e. where trees go to school to grow up! The line is similar to small estate railways that existed in the UK for the purpose of getting agricultural freight to the main line. Schinznach is the name of the village. 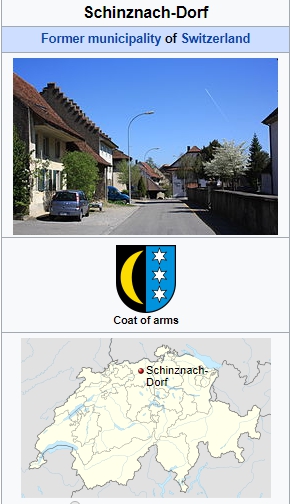 The Baumschule web site is more helpful about the future use of the loco; well helpful thanks to Google Translate.

On the later afternoon of 11 July 2017 the Garratt steam train Drakensberg left us for a new home for ever.

fbb's "O" level German was inadequate for the task.

The association Schinznacher Baumschulbahn has decided to take this step, since the use of this locomotive in the tree nursery is excluded in the medium and long term for various reasons. As soon as the Drakensberg is back in operation, we will of course communicate this at this point again. We would like to wish the locomotive and its new owner all the best for the future and we would be happy if the locomotive were to have a lot of people at the locomotive again.

So, a steam ride round a tree nursery in Switzerland ... 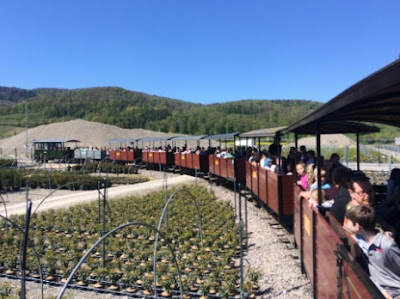 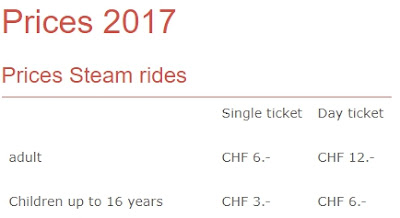 An there is a plan of the full line. 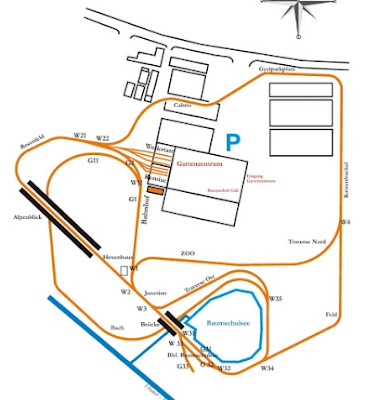 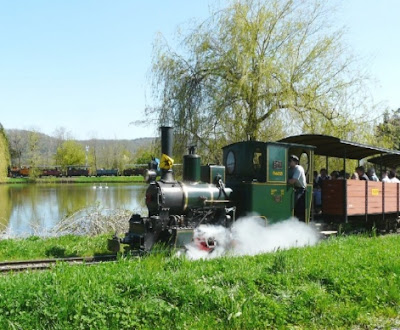 ... a Rosenfeld and, of course, an Alpenblick. Of particular interest is the Gysiparkplatz, a word which baffles fbb and Google Translate. This little line appears to have loads of intriguing locos and is obviously worth  a visit. 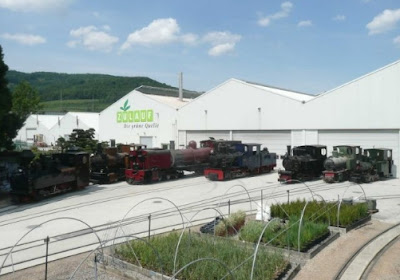 The whole site is big! 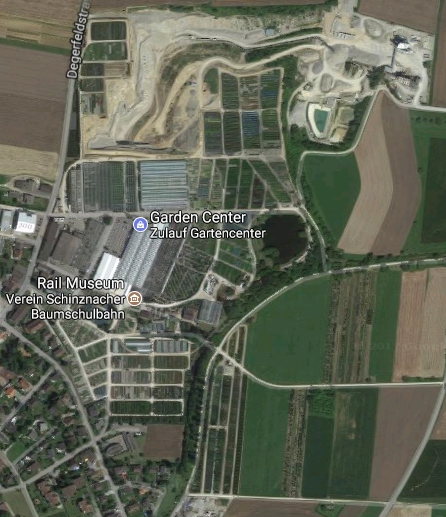 But fbb still cannot quite understand whether the Garrett is to be used on the Vale of Rheidol or being fettled up for someone else. 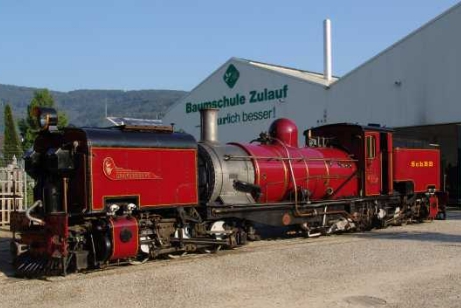 The loco (seen here outside the Gartenzentrun) was originally built for the South African Railway network; which might take us back to the Welsh Highland.

No doubt someone "out there" can explain.