Nostalgia IS What it Used To Be!

A Salient Reminder of the Effluxion of Time!
This book is due to be published in July. 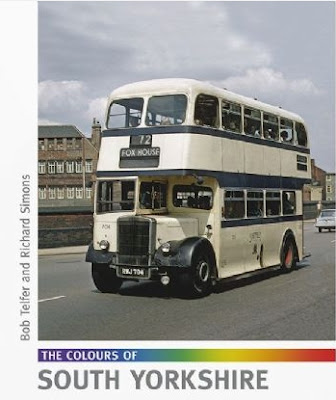 The latest book in the acclaimed Colours series covers South Yorkshire – Sheffield, Doncaster, Rotherham, Yorkshire Traction and Mexborough & Swinton being the main bus operators. The independents of Barnsley, Doncaster, Sheffield and Rotherham are also covered, as are briefly the major operators which operated into the area but were not based in it. The extensive range of colour photographs include a number of 1950s views and many from the 1960s. Detailed and informative captions accompany the pictures.

Published by Capital Transport at £30

fbb has to confess that his interest has always been in the operation of buses, where they go and why, rather than a detailed appreciation of vehicle types; so normally a book of bus pictures would not persuade the miserly old man to thrust his hand in his pocket and shell out thirty quid for such a collection as this.

But add in fbb's twenty years of residence in Sheffield and the potency of memories evoked by the pictures contained therein, there might be a case for delving into the piggy bank for this one.

The illustration above shows a Leyland PD2 passing "Midland" Station on a short working of service 72 that ran between Sheffield and Castleton. It is now First Bus 272 but short workings and duplicates are a thing of the past.

Fox House was (and still is) a pub in the middle of nowhere. 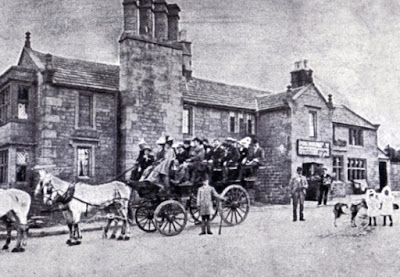 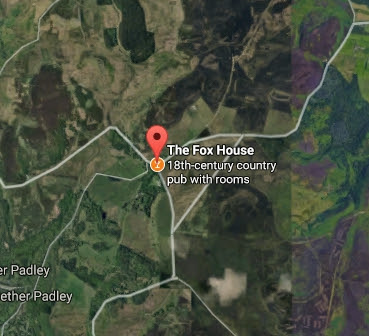 It has always been popular with walkers, sightseers and, once upon a time, the area drew vast crowds, all delivered by Sheffield Transport bus. 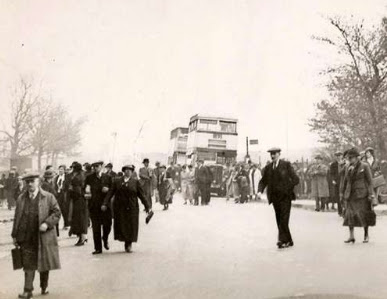 The moorland can suffer from bad weather but, again in days gone by, the buses always strove to get through. 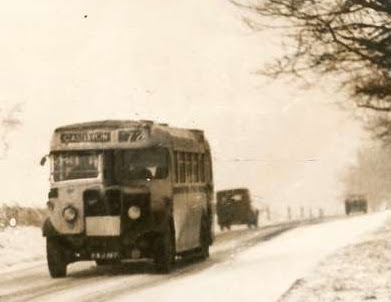 In 1947, the visionary Sheffield City Council annexed a huge chunk of Derbyshire, extending the city's boundaries miles into open country. One boundary was at Fox House. This led to an amusing and often confusing set of road signs.

Having driven, perhaps at night, from Hathersage or Grindleford up onto the moors, you came across a twinkling streetlight and a mysterious and isolated inn. The road signs directed you to "City Centre". There was no sign of a city anywhere, just windswept blackness. 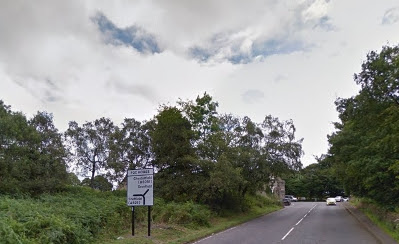 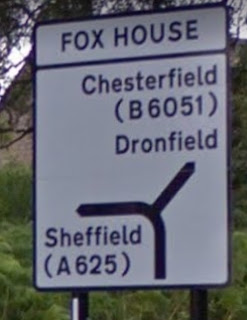 Back to the book's picture. Behind the bus is a cutlery works which used to stand on Harmer Lane, the link from Sheaf Street to Pond Street Bus Station, later Central Bus Station and now Sheffield Interchange.

The "works" was demolished and replaced with Sheaf Valley Baths ... 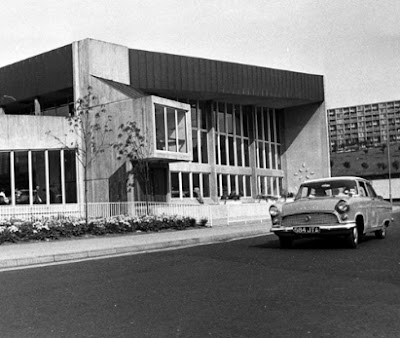 ... as used from time to time by fbb's young family. This was demolished and replaced with another trendy building ... 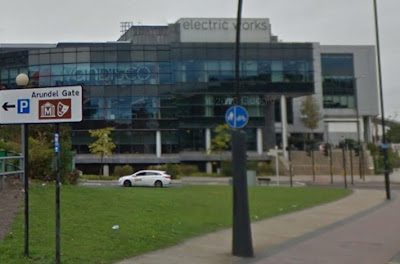 ... whilst swimming was moved further along Sheaf Street to Ponds Forge. There are no Ponds and the Forge is but a distant memory, but the facilities are upgraded and extended mightily ... 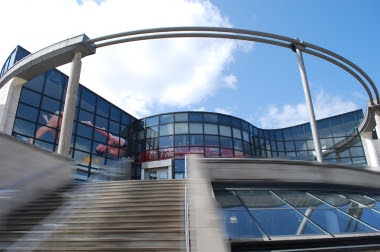 ... into an "international sports centre".

First Bus 272 (with a 271 variant within the city) still offers a superb ride with the highlight of the breathe-in squeeze through Bradwell Bridge Street. 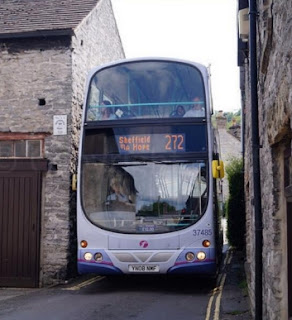 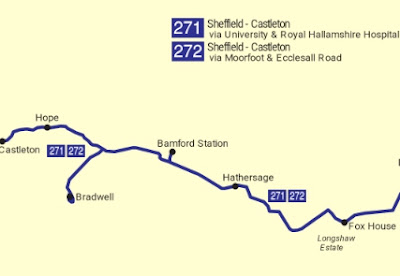 But fbb was reviewing a book. A chum has sent the old bloke some details pre-publication and these reveal a magnificent collection of nostalgia-full pictures. For historic and personal reasons, the Sheffield ones are more evocative, but memories of Rotherham, Doncaster and Barnsley are still lodged in the grey matter coal measures.

Here are some thumbnails.

A service 151 (Shiregreen to City) that might have carried your author to his first year University studies. 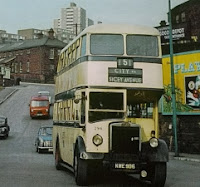 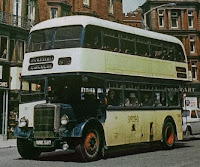 A more modern 60 at the bottom of Crimicar Lane, a route which stopped right outside the fbb home, and ... 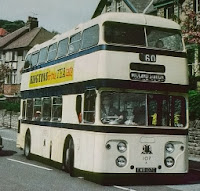 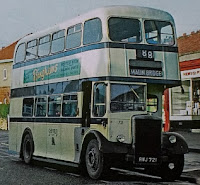 Many of the pictures come from the early days of colour and have been digitally tweaked by Michael Eyre. In some publications this process is overdone and brightly coloured buses are pictured trundling along dull 1960s roads. Not so here.

All the shots are a delight to see.

OK, fbb would have preferred more route detail, but each picture has a substantial caption giving enough information for those sharing fbb's interests to identify and drool!

Memories of other parts of South Yorkshire will follow in a later blog.

Now, where are those three £10 notes? 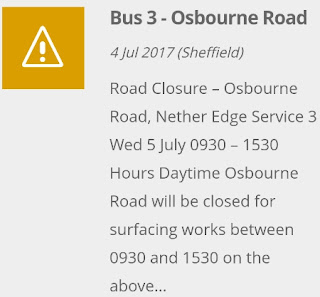 Would that be Osborne Road? 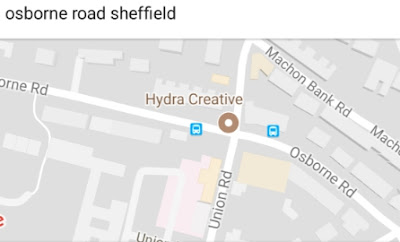 O.K., fbb is well known for his triping mistooks, but First have typed it well and repeatedly - but wrongly!

Transport company Stagecoach has won £2.5m in compensation from the Government after the completion date for the Sheffield to Rotherham tram-train project, for which it is supplying vehicles ... 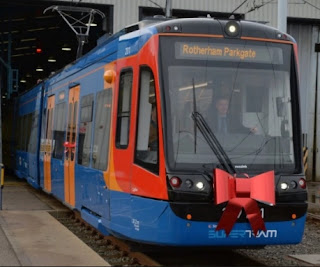 ... was pushed back multiple times. Stagecoach had claimed "prologation costs" and loss of revenue for the two-and-a-half-year delay of the government-sponsored project.

The scheme was approved in 2012, aimed at modifying train and tram infrastructure and buying vehicles capable of operating on both networks. The Department for Transport had originally said it would be completed by December 2015, and would cut transport costs in the region. However, Network Rail, which is undertaking the first stage of development, pushed back the deadline, first in 2014 and then in 2016, to May 2018.

The £15m budget originally agreed between the department and Network Rail has rocketed to £75.1m. (that's for two stops! - fbb)

The Department for Transport have twice assessed whether to continue with the project, but decided to continue both times.

However, it noted that such a cancellation would lead to "significant stakeholder and media criticism", as the £25m already spent by National Rail would be lost.

At the end of last year, Network Rail revised its plans and it has since hit a number of milestones including installing a new track, the NAO said. 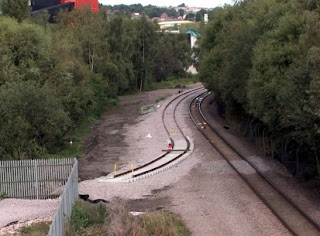 However, the UK spending watchdog cautioned that "the Department and Network Rail have learned lessons from the pilot but it is too early to determine whether the project will realise the wider strategic benefits".