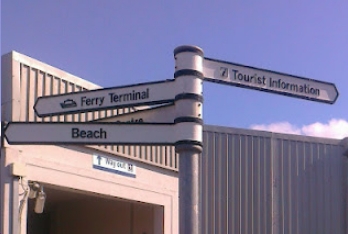 A helpful sign directed fbb to the main station building wherein he espied this ... 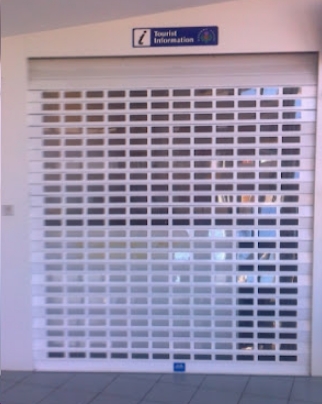 ... a lovely little information booth. "When does the TiC open?" fbb asked young Hamish, the ticket salesman. "Och that's closed permanently; but here's a wee shop round the front run by volunteers. But it's only open when they've got a volunteer to open it."
Thanks, Scotrail for not removing the signpost! A later visit to the "wee shop" provided encouragement in part. 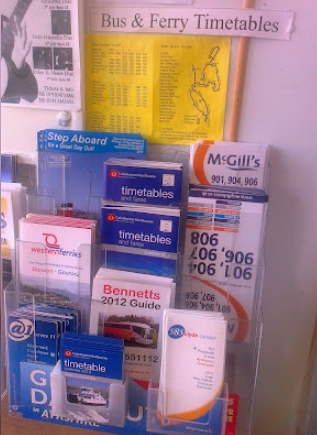 fbb can only conclude that the modern denizens of Largs have some difficulty in finding their station. Too much information, perhaps? 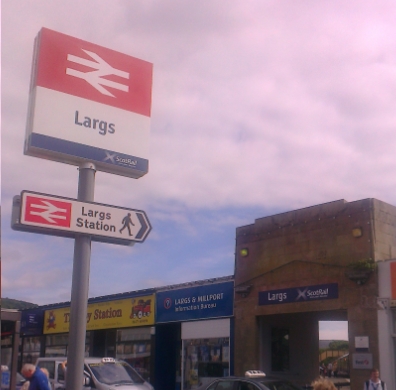 But perhaps they have good reason to miss the entrance. It was back in 1995 that a whole train left the station, not on the rails but by way of two shops. This was the first and only time that a train was parked in the High Street but it did take much of the station building with it. 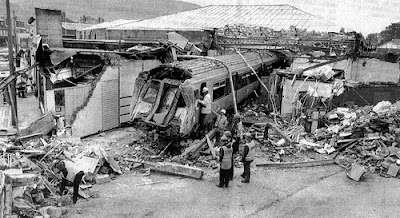 The picture above was taken after the clear-up had started. It was a bigger mess immediately after the non stop train, sort of stopped. 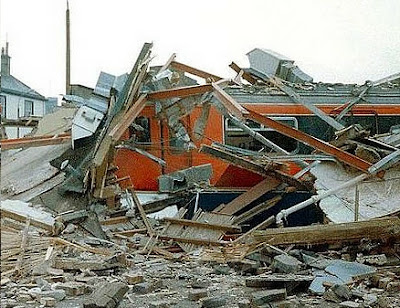 Mercifully no-one was injured but the replacement station building was a more modest affair, placed part-way along the platform usually used. 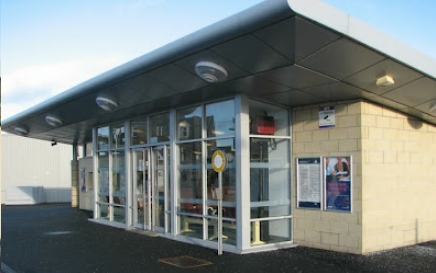 As is so often the case, Larges once had a much grander set of buildings with substantial platform canopies as here in 1908. 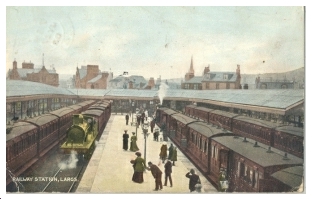 Even in the early days of dieselisation, there were still four platforms and a substantial goods yard, ... 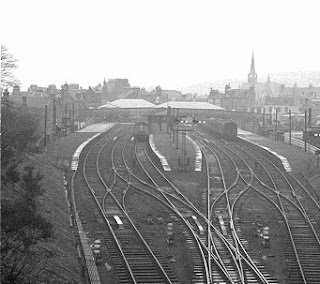 ... the latter now occupied by a Morrison's supermarket, suppliers of tasty morsels to fbb and Mrs during their stay. In the late 1980s a major rationalisation took place involving the removal of the two platforms on the right. The passenger line is now single track between Ardrossan South Beach and Largs.

It is just possible to make out the full width footbridge which was provided (when the station was first built) to maintain the public right of way along the severed Gogo Street. 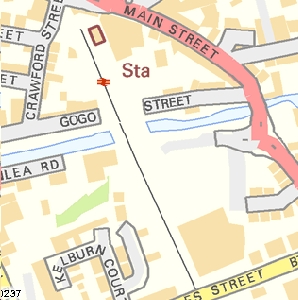 The present and smaller bridge also provides a useful link to Morrisons, the big block at the bottom right of the map extract above. The remains of the old being removed alongside the new can be seen below. 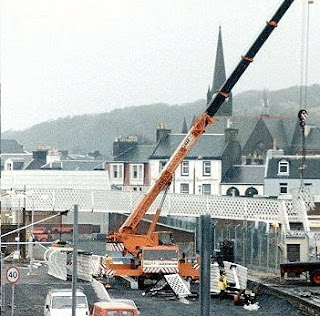 Here is a picture taken yesterday morning showing the gap where the platforms were. 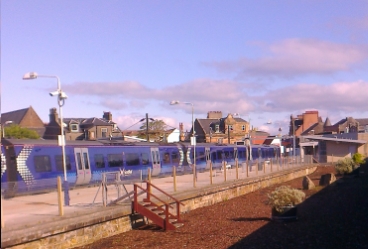 Lots of pictures of the station in transition can be viewed on the excellent Railscot web site. fbb's regular (albeit widely spaced) visits to Largs show the tortuous progress of livery in the Stratclyde rail area.
From green diesels to blue diesels ... 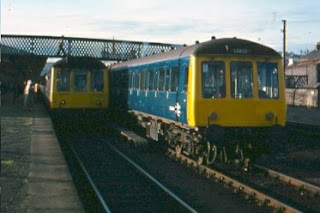 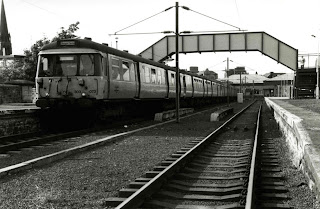 ... to orange electrics to carmine and cream electrics ... 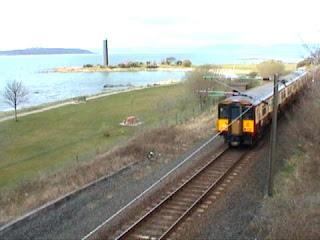 ... and culminating in the new 380 class EMUs in their distinguished (?) "measles" livery. 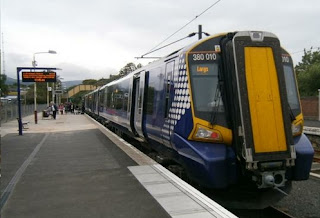 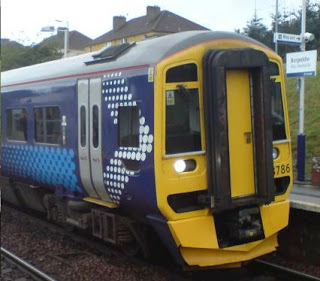 Largs station has been graced by huge variety over the years. Maybe the simple pattern of one train an hour to Glasgow is not particularly exciting for the enthusiast, but fbb's three journeys (so far this visit) have proved beyond doubt the effectiveness and the popularity of the service. All trains have been comfortably full.
You can only wonder what the directors of the Glasgow and South Western Railway, who opened the line in 1885, would think of it today. Utterly different but still carrying significant numbers of satisfied passengers 137 years later. 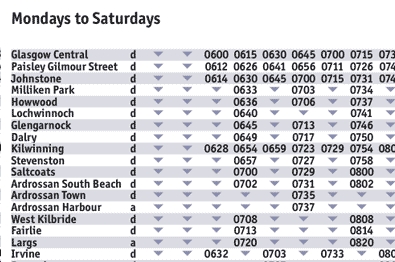 Today, the fbb's are off (weather permitting) for a cruise on the P.S. Waverley. 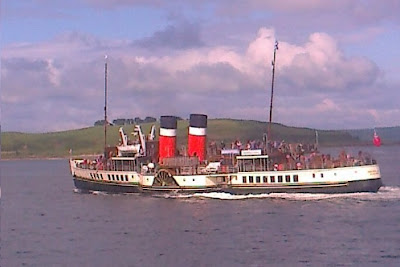 P S Waverley departs for its Sunday cruise on 24th June
Next Blog : Wednesday 27th June
Posted by fatbusbloke at 02:05