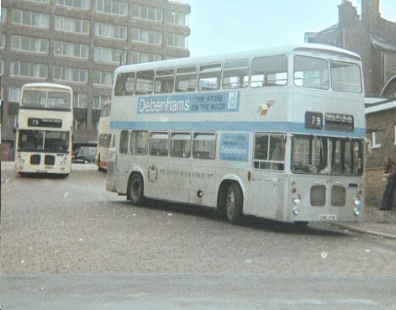 For the record, photographed at the long-since abandoned Bridge Street bus station in central Sheffield. 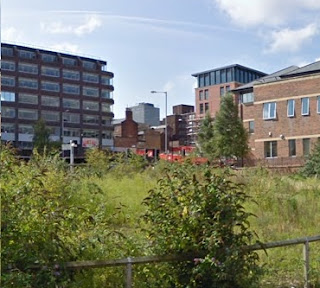 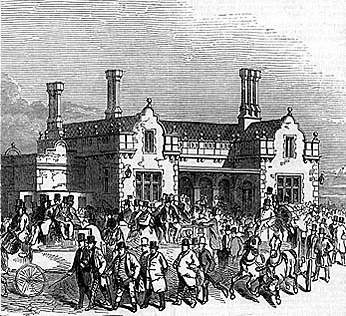 The London and North Western Railway arrived in Northampton in May 1845 via a junction with the main line at Blisworth. The station, later known as Bridge Street ... 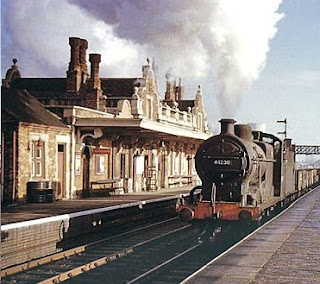 ... continued as a "suburban" stop on the line from Northampton to Wellingborough and Peterborough. The station closed in 1964.
The next arrival in 1872 was the Midland Railway from Bedford at a terminus much nearer the town centre at St Johns Street. This was a very grand edifice ... 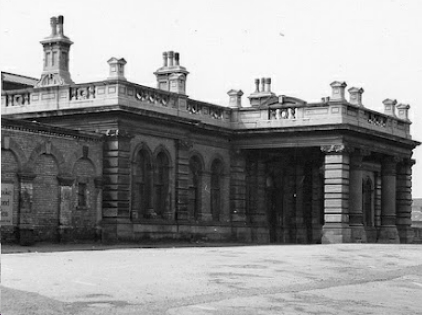 ... with a substantial overall roof; far grander than the line's patronage deserved. 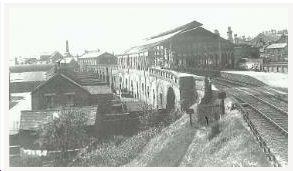 St Johns Street closed in 1939 when services were diverted via Bridge Street to Northampton's principal station, then called Northampton Castle. The remnants of the viaduct were still in place long after the closure; indeed it was through the bridge (visible above and below from the opposite direction) that fbb and various loving relatives used to walk to catch their bus back home from town. 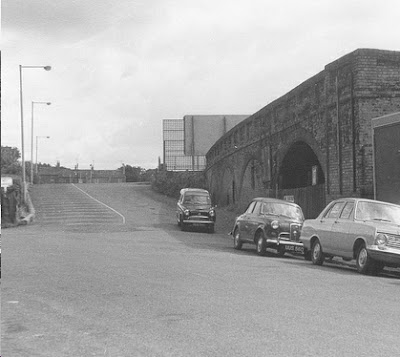 Above were the last remains of the station, photographed in 1965. In 2012 all has disappeared. The service to Bedford was withdrawn in 1964.
Likewise no longer extant is Northampton castle after which its main station was named. 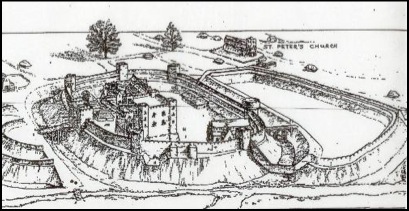 sketch looking roughly east : the present railway running
across the picture at the bottom
The former stronghold was already dilapidated in the late 17th Century and it was finally obliterated the arrival of the London and North Western Railway's line from Market Harborough in 1859 and later (in 1881) the loop off the main line running between Roade and Rugby. The present station building is bottom left and the site of the substantial goods shed (now demolished) is slap bang over the top of the castle mound. Sacrilege! What was left of the castle was cleared to make way for the essential goods yard and a branch of the River Nene was filled in to provide a site for the station itself.
It was in this bit of river that the missionary and Baptist Church pioneer William Carey ... 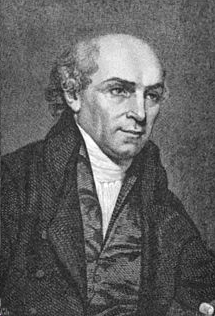 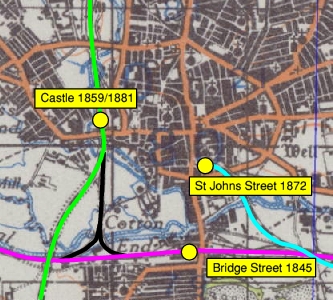 This map will summarise the situation historically; but tomorrow, fbb's involvement with Northampton Castle Station begins in the early 1950s and, ironically, following in the hallowed steps of William Carey (?), continues as a spotty school teenager in a famous chapel just up the hill from the station.

P.S. found this picture on-line of one of the railbuses that ran from Northampton to Bedford in the late 1950s, although the line later reverted to steam. This beastie ended up as a mess room for staff at Millerhill Yard in Edinburgh. 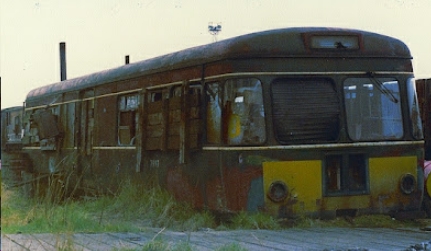 And looked something like this when it was delivered! 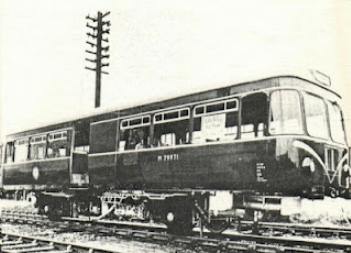 Some of us elderly types will remember buying and making up the Airfix Kit ...

... still available under the Dapol brand.

End of rather lengthy P.S.!

Next Blog : Thursday 14th June
Posted by fatbusbloke at 05:31