An Isle of Wight chum (Barry, NOT Doe) has corrected fbb's condemnation of the council's convenience curtailment at Ventnor. He has pointed out that there are "facilities" in the High Street area unknown by fbb. Here they are:- 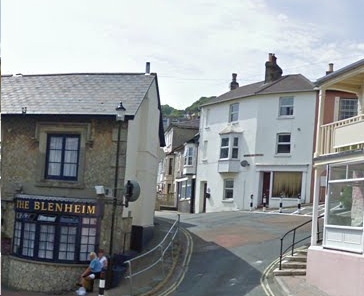 How could anyone miss them?

There are no signposts from the High Street or any other guidance! The keenly observant might just spot the labels on the wall underneath the second bay window on Marlborough Road. 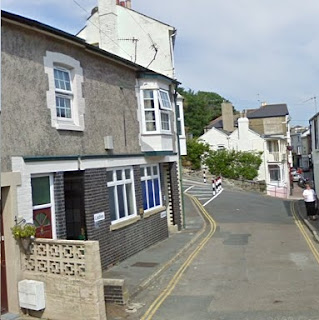 It must be nice, not to say odoriferous, to live above a public loo; perhaps that's why the window is open?


No 3 son is correct in his somewhat cynical assessment of a recent Transport for London [TfL] "panic for the Olympics" publication. See "Boris Writes a Letter" (read again). The problem, so it seems, is that all those jolly visitors rushing to Stratford etc. to watch the pickled egg pushing might, just might, need to catch trains or buses.
Whats is even more inconsiderate is that they might, just might, need to travel when trains are already busy, like at morning peak. So the obvious answer is to ask the regular commuters very nicely not to commute. Take a holiday in Peru; move in with Uncle Hamish in his croft near Strathcarron; but avoid Euston between 0730 and 1030 at all costs.

Or,  put on your dinky little shorts and expensive padded trainers and walk to work. 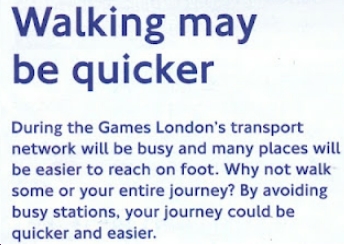 What a spiffing idea. So to help you avoid one particularly busy station, to whit Euston, TfL have provided you with this super smashing leaflet telling you how to walk to places ... 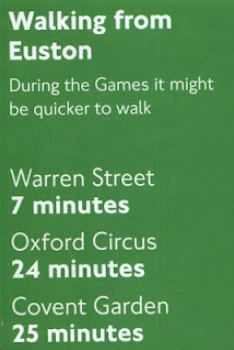 ... from Euston.
There are diagrams of Underground and National Rail lines, there is a dreaded spider map and, impressively, a huge and detailed street map all centered on ... 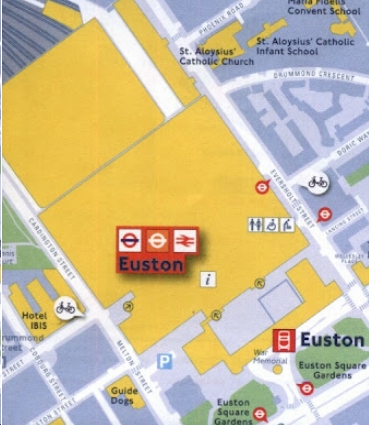 ... Euston! Which, alert blog readers may remember, we are trying to avoid. To help us find our way by foot from Euston, we even have some lovely isometric drawings of key buildings. Euston itself is just an impersonal ugly flat slab (well it is, isn't it?) but neighbouring Kings Cross and St Pancras are displayed in all their architectural glory. 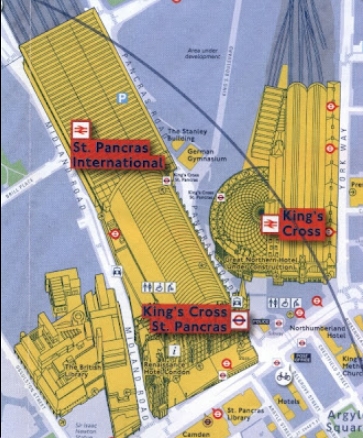 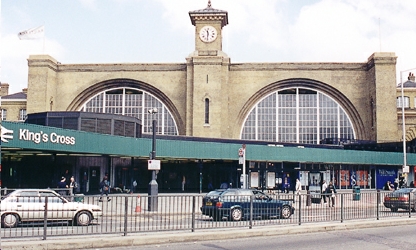 ... doesn't feature on the map, despite the fact that it won't be removed until post-olympanic.
And the Britsh Library (bottom left) looks pretty, too. If you are faced with huge queues at Underground stations, why not pop in there for a bit of research and forget the 100 metres final; the race is over in seconds but a book is for life. Hmmm?
Perhaps there is a little glimmer of comprehensible light here, however. Suppress the supreme slice of spin and it is apparent what this leaflet really means. The weakness in transport planning is not with Euston Station as a whole, although it may well be busy. The weakness is with the Underground platforms, already groaning with vast numbers of commuters and sardine-style overcrowding.
But TfL dare not say that; Mr Olympic Games has been promised that all will be hunky and possibly even dory. So the leaflet should say:-

Of course, you can easily walk to any of the many neighbouring underground stations ... 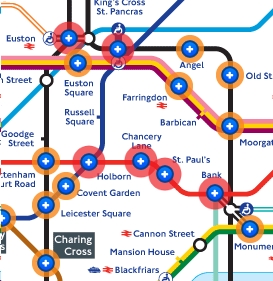 ... most of which will be too busy to use as well! 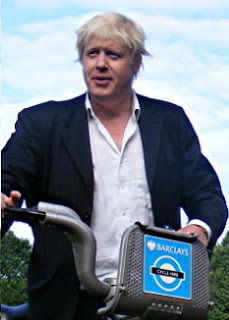 Boris' Barclay bikes to the rescue?

No, sorry. No "docking stations" at Stratford.

fbb is not going to any Olympic event. Now you know why.