The Vicissitudes of Visiting Ventnor [2] 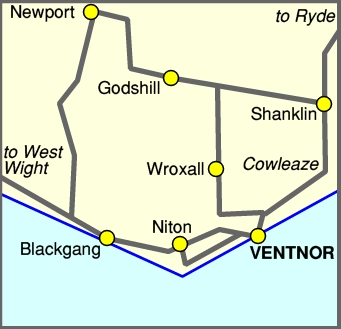 service 16 via the coast and Cowleaze to Shanklin and Ryde; also westwards to Blackgang. 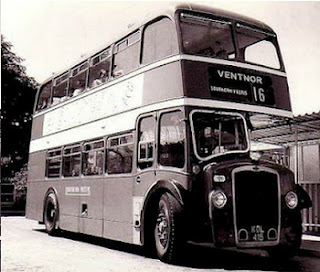 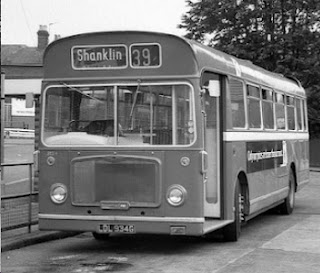 service 17 via Wroxall and Godshill to Newport 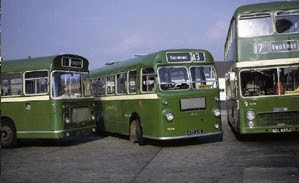 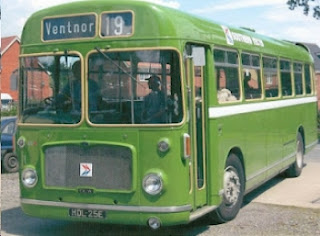 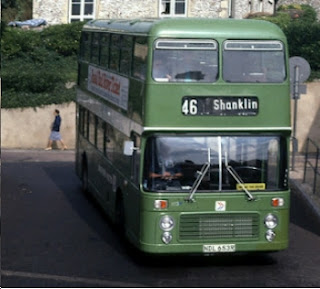 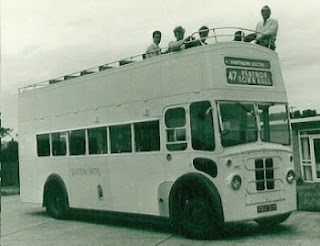 service 31 a local route as a later addition 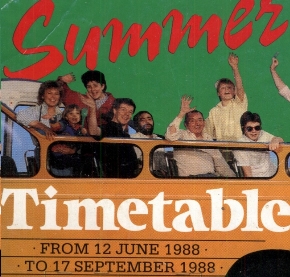 The 1988 timetable book was notable in that its cover showed a full length view of the unique Shanklin's Pony open topped RE filled with excited holidaymakers; who were all employees of Southern Vectis and their families.
By then things had been reorganised somewhat with the 19 group, the 36, the 16, the 46 all being thrown into a huge mixing bowl and being drawn out as 16, 16A, 16B ... 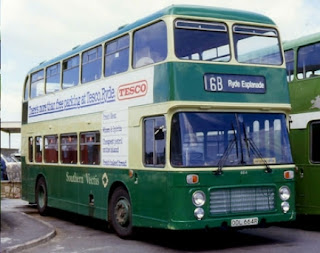 ... 16C and 17; the latter being the summer coastal route via the Military Road. 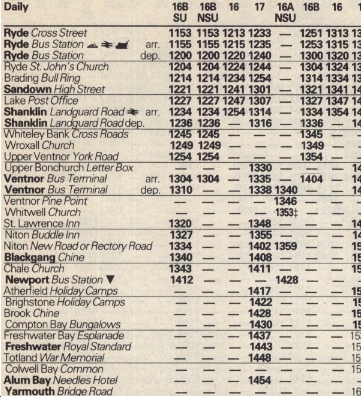 Weekly prizes were awarded for the visitor who could correctly answer five simple questions about which 16 to catch. Apparently no winners were ever identified.
The former 17 via Godshill becomes part of combined services 2 and 2A with service 2 running to Shanklin. 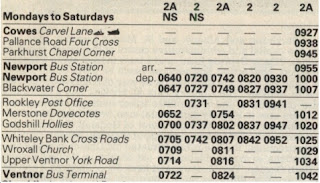 The open top route 47, which had run as frequently as every 20 minutes, is now demoted to an hourly service 45 extended to the Tropical Bird Park which closed in 1999.

Particularly inventive was the umbrella symbol which denoted "a service likely to be withdrawn in inclement weather". Of course operators are not allowed to do that now, which results in the commercial disaster of OT vehicles running empty in rain or fog. Silly!
In case you think the network would remain stable, bear in mind that the 17 became the 2 (as above), then the 83 and then part of the "Route Rouge" group as service 3 ... 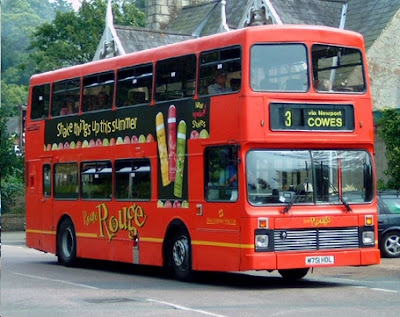 ... although, throughout these essentially marketing-led changes, the actual roads served remained stable. A similar series of regroupings affected the 16s which soon became "Island Explorer" services 6 and 7 (etc). 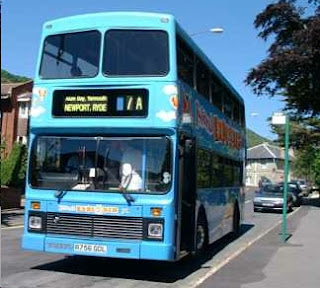 But the most recent reorganisation has been the most dramatic; it has reduced the list of route numbers serving Ventnor to just two; plus the local service. And the town itself shows signs of further significant decline. 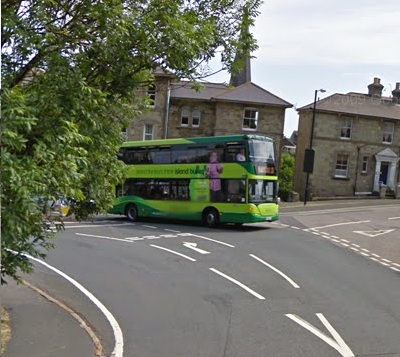 a present day svc 2 on the steep climb out of Ventnor
Getting to Ventnor is Definitely Driving Downhill.