Yesterday, fbb was remembering how easy it was to change from train to bus at Northampton Castle Station, as was. See "Onward Travel : A Northampton Journey [2]" (read again). Nip out of the booking hall; up the clearly signposted steps to your right and there you were at the stop. 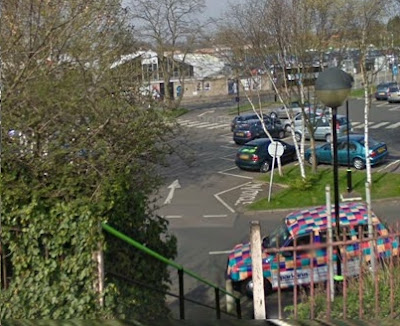 It would not be long before a shiny red corporation bus would come along or a tasty green Bristol from united Counties and speed you the short distance into the town centre. Of course you could walk, but after a busy day out on the trains, the bus was a reliable comfort.
So how does technologically superior 2012 compare. The steps are still there but the original station building is long gone, replaced by a glass and meccano edifice further from the road. Immediately outside the new building you will find taxis, but no direction to bus stops at all. If you do find the steps ... 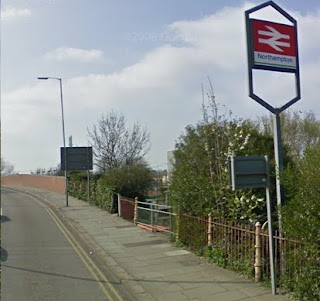 ... they will transport you to a bus stop desert. No stop, no shelter just a nice sign for the station. 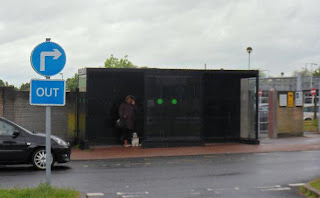 But, hold fast, belay that order cap'n; what have we here? A bus shelter, sadly lacking a "flag" or any timetable information, just beside the station building. But you would wait there at your peril. This anonymous shelter is served by a few early morning "commuter" buses to take you to Northampton University ...

... not so much red brick halls of academe but more plastic and string! Likewise there are a few Sunday evening trips, no doubt taking students back to their studies after a clothes-washing weekend at mummy's.

How the innocent first-time traveller seeking these occasional journeys would ever discover the truth is not at all clear. But after 0849 on Monday to Friday until 2000 on Sunday and then 0701 on the following Monday no buses would pick up there.

No, to travel at any other time, you need to go to Black Lion Hill : but where is it? 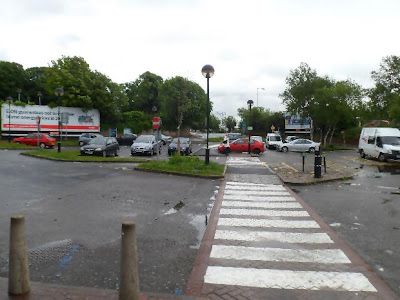 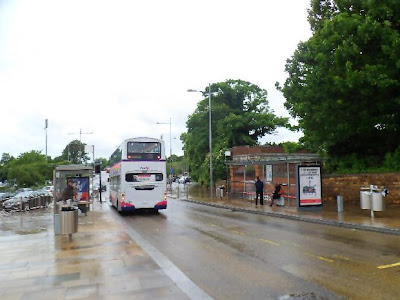 ...there are the stops (with station yard entrance to the right of the worst of First). According to our Northampton correspondent, an incomplete selection of timetables is displayed together with some (un)real time displays. And if you have time to spare you could pop into the Black Lion itself, one of Northampton's oldest hostelries. 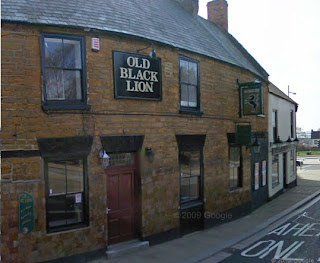 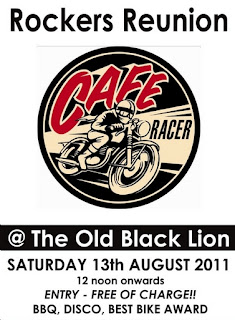 ... but watch out, rockers all, for the 2012 rave-up. fbb can't wait.
But before a colloquium of complaining corporation councillors rise up in anger, joined by the serried ranks of PlusBus proponents, fbb is able to report that there is bus information within the station; and this will form the basis of a fourth blog, coming soon.
And what was all this about fbb treading in the footsteps of William Carey, eh? True in a pathetic way. As a sixth former at Northampton Grammar School, fbb was invited to speak at Northampton "Mens' Own" meeting on a Sunday afternoon. It was the chubby one's first ever climb into a pulpit in order to "preach". This one ... 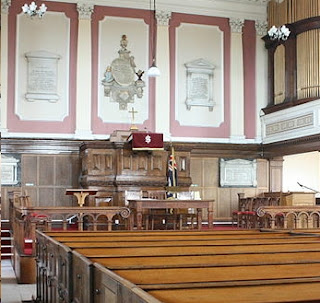 ... although the whole ambience was much gloomier then. The "performance" was in the Philip Doddridge** Memorial Chapel ... 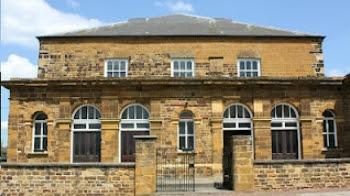 ... located within hymnbook slinging distance of the railway station and very close to where William Carey was baptised. The "Mens' Own" had a slightly frightening tradition. If they liked your "turn" they would applaud loudly at the end. fbb remembers his closing remark, a quote from a Christian song ...
You ask me how I know He lives,
He lives within my heart!
... followed by tumultuous applause. O.K. subdued polite applause!
Now there's an idea for Churches today; perhaps? If the callow youth who stepped gingerly into that "hallowed" pulpit had known then who Philip Doddridge was, he would have been even more terrified. 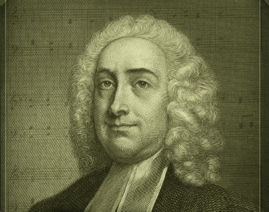 With independent religious leanings, Philip Doddridge declined offers which would have led him into the Anglican ministry or a career in law; and in 1719 chose instead to enter the Dissenting academy at Kibworth in Leicestershire. In 1723, at a general meeting of Nonconformist ministers, Philip Doddridge was chosen to conduct the academy being newly established a few miles away at Market Harborough, later known as the Daventry Acade.
.
In the same year, he received an invitation to be pastor to an independent congregation at Northampton, which he also accepted. Here his popularity as a preacher is said to have been chiefly due to his "high susceptibility, joined with physical advantages and perfect sincerity." His sermons were mostly practical in character, and his aim was to cultivate in his hearers a spiritual and devotional frame of mind.
.
He is best known (or not known?) for the still-popular hymn, "O Happy Day", favourite of black gospel choirs, yet rooted firmly in the religious dissent of 18th Century Britain.
.

.
Old fashioned words which still convey a powerful and exciting truth for many of us!
.
Over the weekend, we pause to look at another splendid timetable book, returning to bus interchange at Northampton station on Monday..