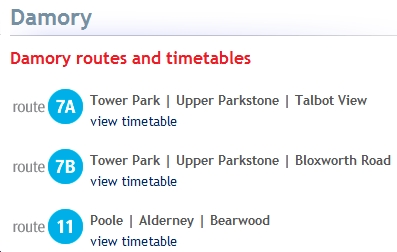 We all remember this story, don't we? 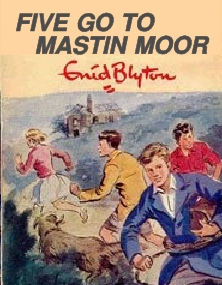 Julian, Dick, George, Anne and Timmy the dog had set off very early and caught a train to Chesterfield. They were spending a week of the "hols" with Aunt Esmirelda who runs the little shop at the village of Mastin Moor. "Catch a No 70 bus," Auntie had said, "it stops right outside my little shop on Lansbury Avenue." 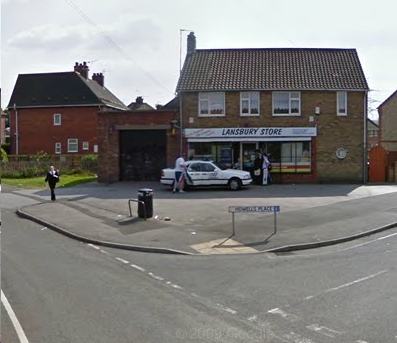 The gang had found their way from the station to the Chesterfield bus terminus which was very clever; but Julian, the oldest and always sensible, had brought a street map. Sadly Julian wasn't quite clever enough, through no fault of his own. The gang could have caught their bus barely three minutes from the station, here ... 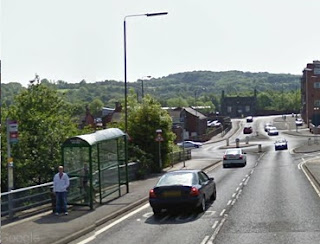 ... at Brewery Street. The station is straight on then left, past that red brick block of something just peeking in on the right. But nobody bothers to tell you that!
So they trudged for a good ten minutes to New Beetwell Street. "There it is," shouted George excitedly, "the number 70 to Mastin Moor." It was just ten minutes to nine. 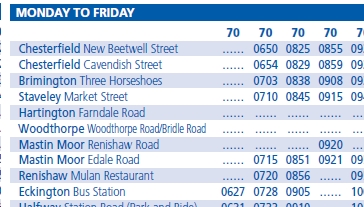 They were all so excited as they got on the bus and paid their fare. Anne looked out of the window as they trundled along, hoping to spot Lansbury Avenue; then, "Look," she squealed in delight, "there it is!" 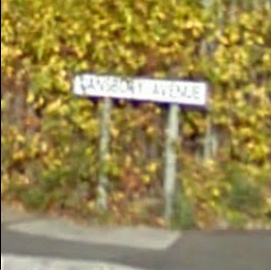 As they whizzed straight past the end of the road! Anne thought she was going to cry. Where was the bus taking them? Had Auntie given them wrong instructions? Would they ever find her little shop? Even Timmy whimpered in sympathy.
Julian sensed his sister's fears and explained, "Don't get upset Anne. This is what is called a 'terminating journey'. We will go along to the crossroads ... 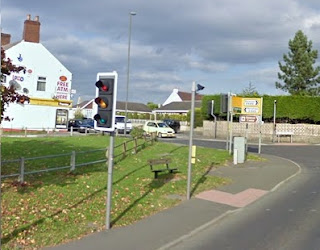 ... turn left by the post office, then left again by the Miners Welfare and stop opposite Auntie's shop on the way back towards Chesterfield." How Julian knew all this was a complete mystery; nobody knew that he was a secret bus timetable enthusiast!
But they did just what he had expected! Anne was so pleased; Julian was always very brave and very clever. He always knew best. George** just laughed and, perhaps unkindly, told Anne that she was just a silly girl.

Aunt Esmirelda had a lovely tea ready for them; sandwiches, cakes, trifle and lashings of ginger beer. It was going to be lovely week's holiday. Interestingly, though, as they walked over to Auntie's shop they were somewhat surprised to see a swarthy pirate with a wooden leg furtively loading a trunk full of stolen jewels into the boot of his car. Perhaps they were going to have an adventure ...
======= to be continued? =======
Of course, IF they had obtained an fbb map ... 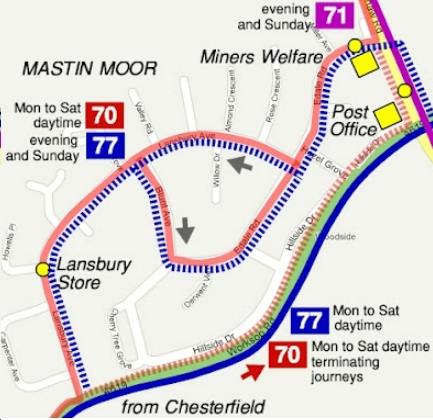 ... all would have been crystal clear.
But the crystal is cloudy everywhere else. As per usual, the bus industry seems to be able to turn even a simple route into a complicated comprehension conundrum. And, of course, fbb knows that the Famous Five could have caught a 77 (Worksop) departure and alighted at the end of Lansbury Avenue; as, indeed, they could have done on their "terminating" service 70. But why let boring detail spoil our little investigation?
Tomorrow, we shall look in a little more detail at this problem, and fbb will offer a few suggestions which would not only have helped the fictional five, but might even encourage others to risk a journey by bus!
** "George" is, as most will remember, actually "Georgina" the tomboy of the team!


Next Blog : Tuesday 5th June
Posted by fatbusbloke at 06:18