Travels with an Aunt. 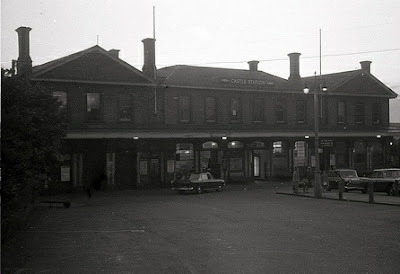 It was in the early 50s that fbb's maiden aunt used to take him on evening outings from her home in Wycliffe Road, Northampton. A weekend at auntie's was always a delight, but a special thrill was the "traditional" bus ride. Sometimes this was to take the pair to Northampton's main station, named after the castle ruins that were razed to create passenger and goods facilities.
There was something captivating about the fiery monsters that pulled the "blood and custard" coaches (later, lined maroon) to mysterious places like Birmingham and Wolverhampton. 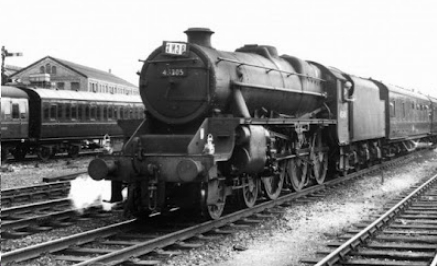 The goods shed which obliterated the castle remains can be glimpsed above the parked coaches. 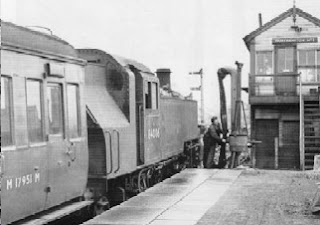 fbb can remember the thrill of being invited to step into the cab of a tank loco and be shown the controls. It was terrifying and the little lad quickly decided that being an engine driver was not for him!
One specific memory remains to this day, some 60 years later! Instead of going on to the platforms, auntie took her delightful (?) nephew over the road bridge and round to Victoria Park. 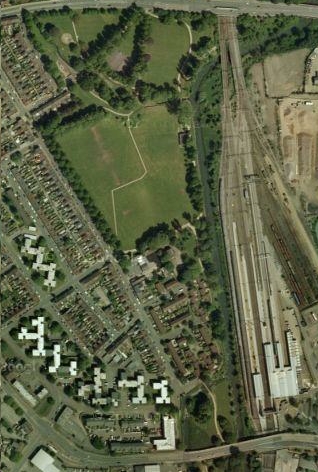 Here, then as now, were views of activity to the north of the passenger platforms; here shunting took place with much clanking of trucks and desultory chuffing of freight locomotives. The view from the park is now of much less activity and no chuffing, just the impersonal whirring of electric multiple units 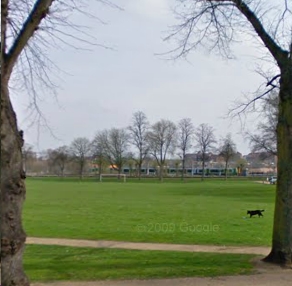 On the way back to the bus stop, a refreshment stop was made at the "open all hours" corner shop at the junction of the intriguingly named Ambush Street and St James Park Road ... 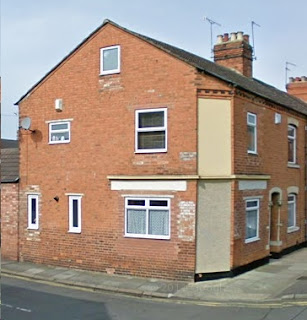 ... alas no longer trading. Here the proprietrix made her own home-made ice cream! So delicious was this delectable confection that the memory of its consumption is as fresh and real 60 years afterwards as it was on the day.
Later teenage visits were to an open space south of the station ... 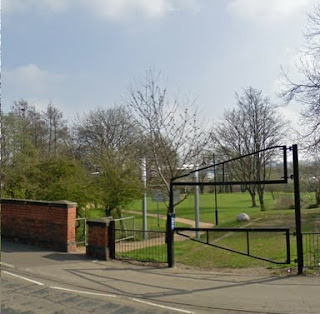 ... near the bay platforms used by trains to Wellingborough and Peterborough ... 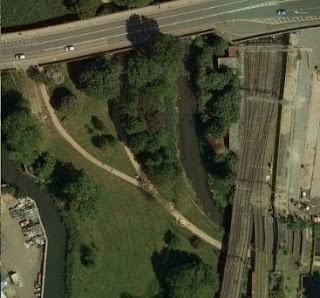 ... now removed but identifiable to the right of this aerial view.
With electrification, enthusiasm moved from looking at and collecting numbers to travelling on the shiny new AM10 (later class 310) trains. 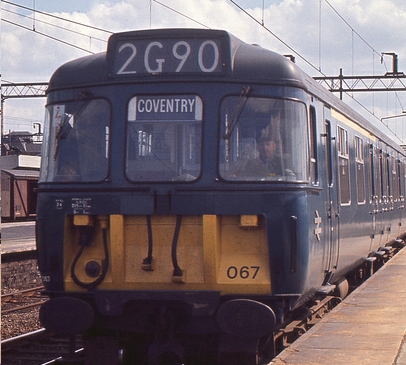 And the rest, as they say, is history.
Returning after a day out, the weary traveller simply nipped out of the booking hall, turned right, ascended a flight of steps following a sign ...

UP STEPS
FOR BUSES
TO TOWN CENTRE

... and there, on West Bridge were bus stops for Onward Travel. Indeed at peak times "the man" would open a door on the footbridge which, back then, led out direct onto West Bridge without the detour via the main building. In those happy but far off days, it would not be long before a red corporation bus or a green United Counties vehicle appeared to transport fbb-to-be to the town centre and interchange with his homeward bound bus. 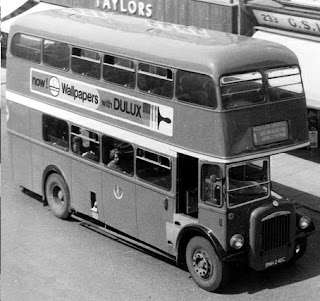 1 Weston Favell, one of three routes that would take
the young lad to his Grannie's for tea
Sigh!
Tomorrow we take a look at this interchange today. How well is integrated transport, sort of integrated, over 50 years later?