Oh so very close to Perfection ...

A while back, fbb was enthusing about the Isle of Man bus, rail and tram timetable. A chum suggested that the booklet produced by Mike Cheeseman at Brighton must be one of the best. Perhaps. 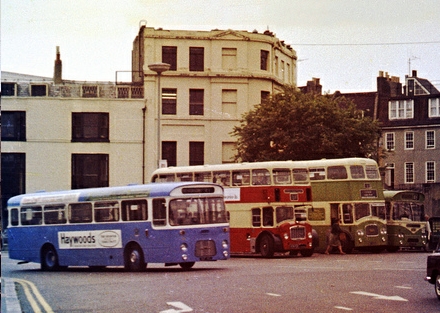 Like Gaul**, buses in Brighton were traditionally split into three parts. Brighton Corporation buses were red but became blue; Southdown were green and Brighton Hove and District were red but became green when their management was merged with Southdown as part of the National Bus Company.
Southdown's country services departed from Pool Valley bus station, a poky yard near the sea front, now only used by express coach services. 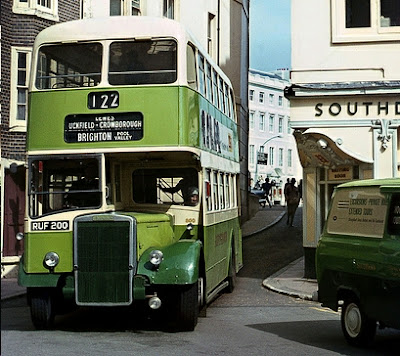 Most suburban and local routes departed from or called at a complex set of stops spread round a green open space called Old Steine, also close to the sea. 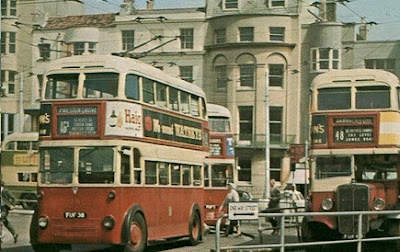 In days gone by, both the Corporation and Brighton & Hove ran trolleybi, the only distinguishing feature being the coat of arms on the municipal vehicles. Brighton and Hove was sold to its management team upon privatisation and subsequently sold on to GoAhead. Brighton Corporation was bought out as well.
Roger French, managing director, has successfully developed services over the years and the company now runs most routes in and from the City, the exception s being a few tendered rural routes and the Stagecoach Coastal service all the way to Portsmouth. The full story is excellently told in ... 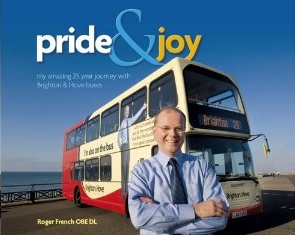 ... Roger's account of his 25 years with the company; a superb read and well worth buying.
For many years the company has produced an A4 sized timetable booklet. There are Winter and Summer Editions and all services are included; even those not operated by B&H. 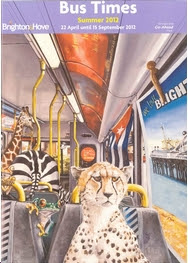 The current issue is 104 pages long.
In a short blog, it is not possible to cover everything that you can glean from this excellent and free publication. As a taster, however, fbb ordered his copy by email at 1630 on a Thursday and it duly arrived, first class post, on Friday morning. That is what you call "service". And is that enthusiastic response one reason why the company has been so successful?
fbb will briefly summarise the contents in this blog, then look in more detail at the presentation of selected routes in part 2, tomorrow. 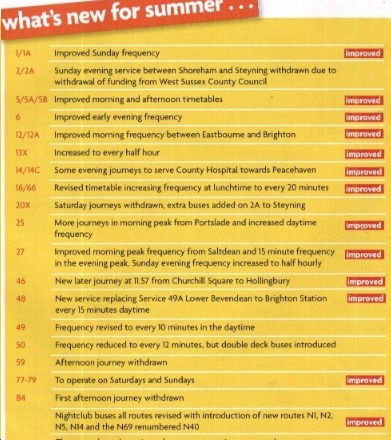 This panel, sadly reduced to fit on the blog page, typifies the company's approach. It shows 13  improved  services and reductions on 6; and these reductions are far from significant. This panel jumps out at the reader on the first double-page spread.

Pages 1 to 11 provide two indexes, alphabetical and by route; detailed maps of central area bus stops in all the main towns served. There are no bus stations so these arrangements are necessarily complex, but the explanations are clear and easy to follow "on the ground". 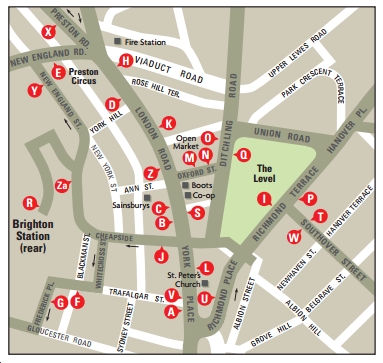 Complicated? In the London Road and Open Market area, Mike Cheeseman has even run out of letters, necessitating a "Za" near the back entrance to the station.

There is excellent fares information for the buses and some stunning rail and bus offers; more than just the usual PlusBus publicity. 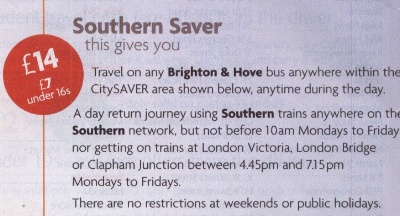 Although heavily restricted for Monday to Friday trips with a further peak hour ban from London, £14 for any bus ride in the greater Brighton area to, say, Southampton and back is a real cracker of an offer. Of course GoAhead also runs the "Southern" rail franchise so such deals are easy to implement. 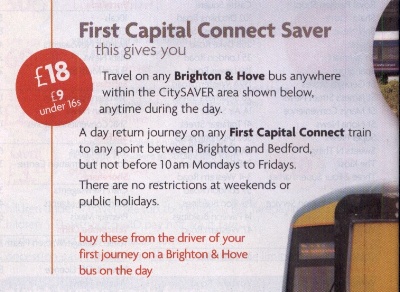 But a similar deal is on offer from "competitor" First Thameslink; anywhere in greater Brighton to Bedford and back for £18. fbb is thinking of moving to Brighton. (not really!)

And you buy them from the bus driver!

And, of course, there are timetables and maps-a-plenty. Tomorrow we take a look.

Now for something completely different ... 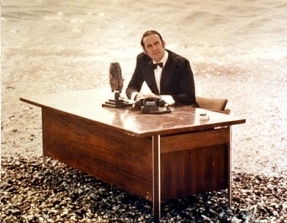 ** Like Gaul
All Gaul (modern France, nearly) is divided into three parts, one of which the Belgae inhabit, the Aquitani another, those who in their own language are called Celts, in ours Gauls, the third. All these differ from each other in language, customs and laws. The Garonne River separates the Gauls from the Aquitani; the River Marne and the River Seine separate them from the Belgae. Of all these, the Belgae are the bravest, because they are furthest from the civilisation and refinement of (our) Province, and merchants least frequently resort to them, and import those things which tend to effeminate the mind; and they are the nearest to the Germani, who dwell beyond the Rhine, with whom they are continually waging war; for which reason the Helvetii also surpass the rest of the Gauls in valour, as they contend with the Germani in almost daily battles.
From Julius Caesar's "The Gallic Wars".