And so to Wednesday. Chums David and Jean joined the fbbs on the short (10 mins) trip from Largs across to the Island of Cumbrae. The car ferry service started in 1972 with a couple of "landing craft" style vessels providing a frequent service. 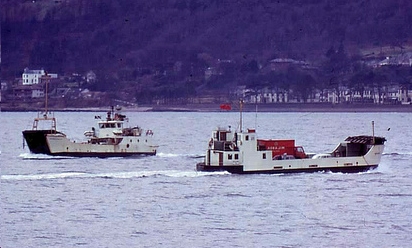 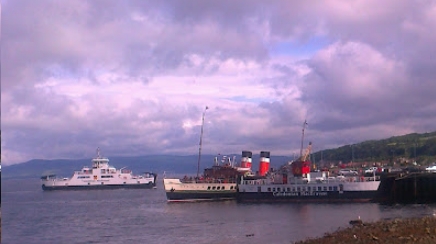 To provide clearance for the larger of the two, Loch Striven, Largs pier was completely rebuilt, although the vessels use a simple concrete slip.

fbb, Mrs fbb with chums David and Jean set off from Largs as passengers, paying £4.60 per head for the return crossing. Looking surprised when "the man" at Largs retained their tickets, they were told, "ye dinnie need tickets to come back." So why not buy a single, thought fbb, mischievously.

But CalMac are wise to that ploy because there simply aren't any singles! The only way to get a free ride would be to swim from Largs to Cumbrae or, possibly, arrange to land your microlight somewhere.

At Cumbrae slip the facilities are rather basic ... 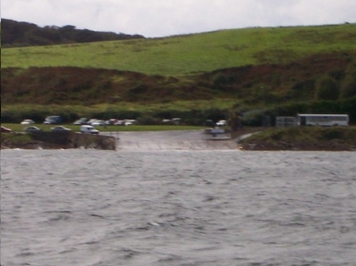 ... and it is here that the connecting bus meets the ferry and conveys the crowds of foot passengers to Millport. The lights of the small commuters' car park can be seen just beyond the bus. 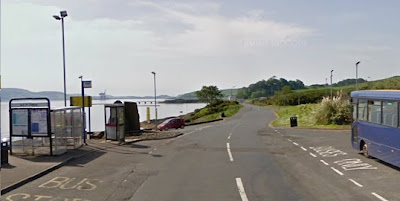 The fbb party's vehicle was operated by Millport Motors ... 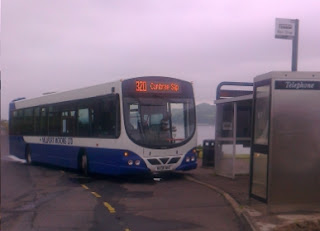 ... carrying its happy passengers to Millport for £3 return. the fbb sailing (and thus the bus) was not overcrowded ... 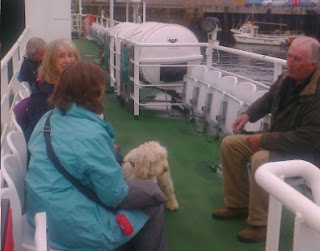 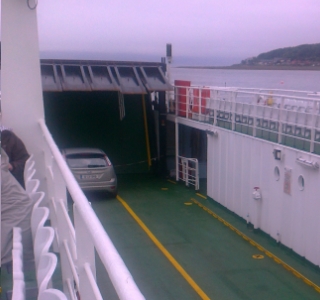 ... vehicles; which may explain why the ferry service needs some subsidy!

Millport, the only settlement on the Island, looked as if economic prosperity had taken a ferry back to Largs and stayed there. 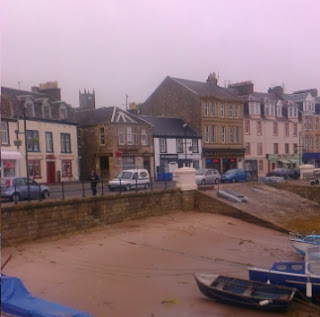 It was early closing day but many businesses were closed permanently. Highlights of the Millport shopping experience were a splendid portion of freshly cooked fish and chips; after which sale the shop closed, much to the chagrin of later visitors who drooled expectantly at fbb's rapidly diminishing portion.

There was an excellent (closed Wednesday pm) joke shop ... 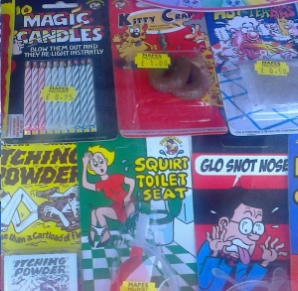 ... with "Glo Snot Nose" being a particular highlight. Chortle chortle

Things to see included the narrowest house in the world (?) ... 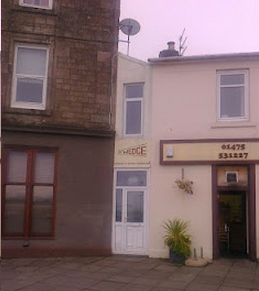 And lots of people riding bikes ... 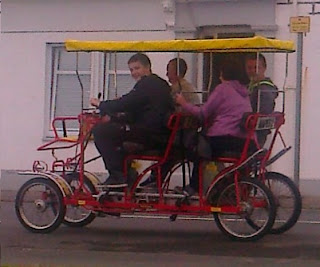 ... including a real quad bike! Cycling is a good way to see the whole island as there is no public transport (except taxi) other than the bus to the ferry. Chum Jean was particularly excited about seeing the ... 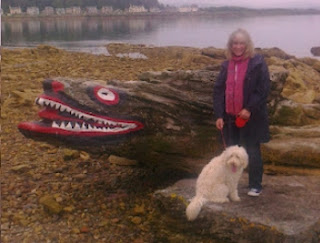 ... Croodile Rock, a highlight (the highlight) of Millport beach which she remembered from childhood visits. Jean is the one with the pink scarf; the dog is called Bramble and is a Labradoodle.

One other treat that the fbb party eschewed was a drink in the beer garden of the pub (The Royal George) at the town's bus terminus. 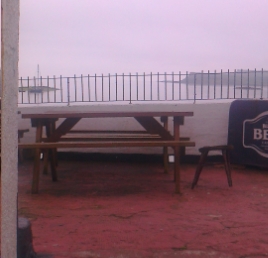 Interesting use of the word "garden"? And yes, the concrete "grass" is painted red; it's not a camera fault.

Like so many of our UK resorts, Millport is past its best. The fbb visit was on a dull and cloudy day which is not ideal. When the sun comes out, the Island of Cumbrae is picturesque and quaint but, without a doubt, the town is in need of several licks of paint.

The bus back to the ferry was operated by Cumbrae Coaches ... 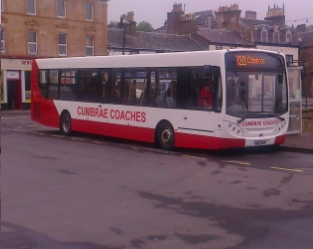 ... and the vehicle and passenger numbers on the boat were, erm, not excessive. 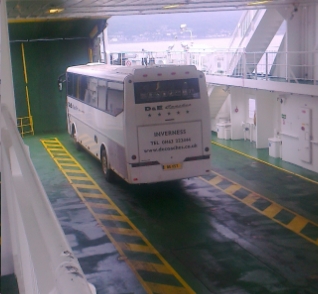