And, Talking of the Olympics ...

... How to confuse rail passengers. Below are some extracts from Table 52 of the current national rail timetable. They show overnight journeys operating on Mondays to Fridays, of which some of the journey will have started the previous day and run "over" midnight later in their journey south. The blank columns contain trains which start further south; we are concentrating on services between Bedford and St Pancras; just to make it clearer!!! 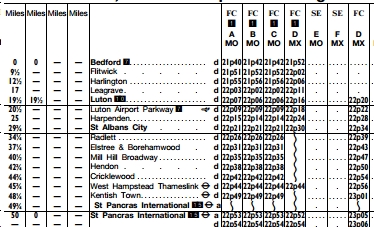 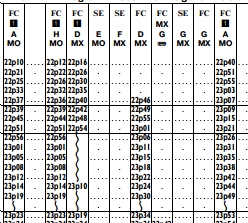 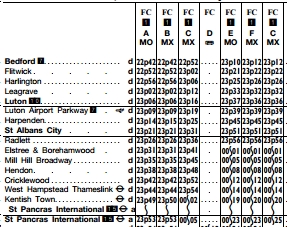 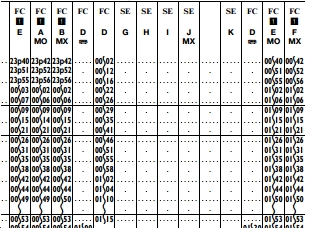 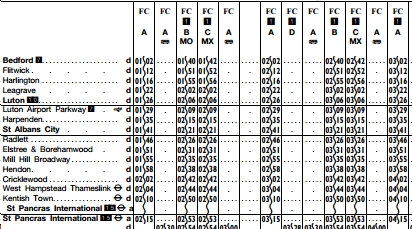 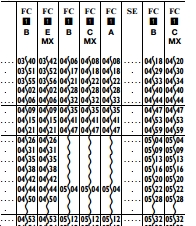 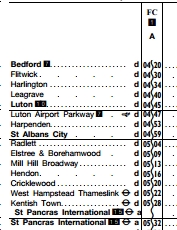 Clip 7  A third journey at 0418-ish.
All running on  SOME Mondays, Tuesdays, Wednesdays, Thursdays and Fridays.
Now, dear blog readers, have you understood it? Of course not, because you need to know what all those lettered notes mean at the top of the columns. MX (Mondays eXcepted) and MO (Mondays only) are standard and obvious. MO coded trains have started their run late on Sundays, whereas MX trains have started late on Monday, Tuesday, Wednesday and Thursday nights. Clear, isn't it?

For the record, some journeys further down the table are buses, shown thus ...


And there are still more; the disruption re-appears after 0600 with more date variations, but at least these apply to all Mondays to Fridays without day notes.
And one further contribution to confusing comprehension; in the "big book" many of the of 3788 A5 pages have TWO A6 timetable pages printed on them. fbb has failed to invest in Steve Austin** style enhanced eyesight, so struggles with the A5 pages, let alone the almost illegible A6! Table 52 consists of 166 (yep, you read it right) A6 pages. And significant chunks of the timetable are simply WRONG!
The reasons for all this grunge, of course, are a combination of the usual overnight engineering works and the running of extra trains for the Olympics. The normal challenge of explaining trains which run "over midnight" doesn't help.
There is only one question to ask here, "Are they having a laugh?"
There are lots of things that could be done to make the whole thing more acceptable. In this enlarged example ... 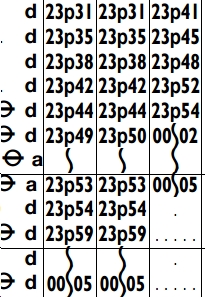 ... the A and B columns (left) are exactly the same apart from a ludicrously unnecessary one minute difference at Kentish Town (2349 column A, 2350 colomn B). The C columns are dated from 17 December which is actually outside the cover date of the "big book", so leave them out. So that's reduced three sets of times to one. Seemples!
What this all tells us is that these tables have been created by an unthinking idiot; aka a computer system! With a little thought and an intelligent human "brain", much of the above obfuscation could be edited out. But, why bother? It's on the database; it must be right! Anyway, we can't be bothered with those annoying little interferences to smooth running railway operation; they are called "passengers".
And (nearly) finally, fbb is indebted to friend and timetable guru Barry Doe for sending him this eminently bloggable "delight". A test paper will be issued in due course!
We'll end with a train picture to restore our rapidly evaporating sanity! 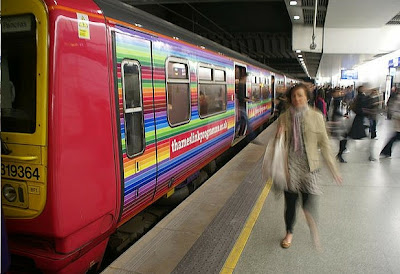 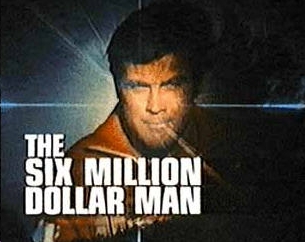