The Daily Record (Scotland's version of The Daily Mirror) is not renowned for its reasoned reporting and even-handed headline standards, so this ... 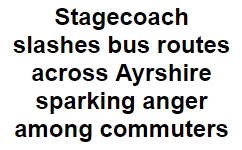 ... might or might not be an acceptable version of the truth. It is unlikely however, that any newspaper would report bus cuts as "sparking joy and delight" amongst commuters. And why are those "angered" always commuters? Does the paper think that buses cease to exist between 0930 and 1530, each evening and at weekends? (OK, lots do cease to exist in the evenings and on Sundays)

The piece continues in a similar vein (the bold italicised bits are fbb's emphasis).

The area’s main bus operator is slashing its routes, blaming everything but itself.

Stagecoach is scything services to Cumnock, Mauchline, Monkton and from Troon to Irvine.

It is also pulling out of Culzean completely, meaning there is no public transport to the castle and estate.

The bus-mageddon is planned to come into force on August 13.

The cull looks to be one of the biggest to hit South and East Ayrshire.

fbb will look st each of these points in turn, beginning with Culzean Castle (the "z" is silent!). Here it is spectacularly perched on the cliffs of the South Ayrshire Coast. 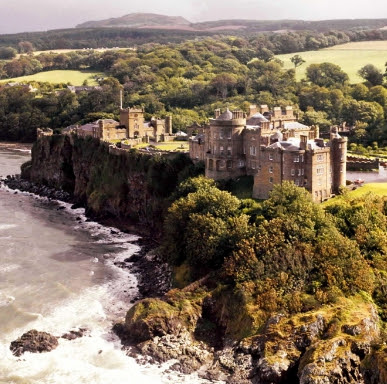 And here's its bus stop, served by an hourly service 60 Monday to Saturday, which, bafflingly and pointlessly, is numbered 360 if the journey is tendered. 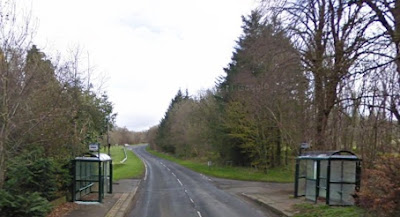 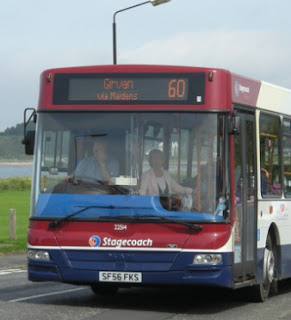 To serve Culzean (and not much else) the bus diverts off the A77 on to the A719 and back to Kirkoswald ... 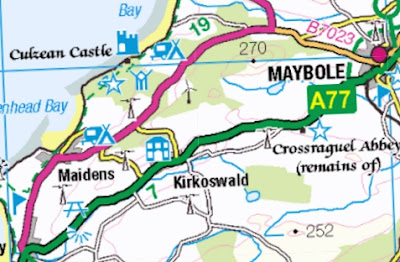 ... leaving Castle visitors about a half mile walk to the splendid pile of a posh residence. 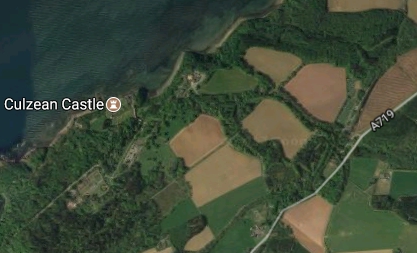 The stops are near the A719 label and close to the Estate's camp site. The walk is via pleasant estate roads and takes the visitor into the associated country park.

So why is poor Culzean, a popular tourist destination, being deprived of its bus service?

To answer that, we need to pay a visit to Ayr itself.

Ayr was established as a Royal Burgh in 1205, serving as Ayrshire's central marketplace and harbour throughout the Medieval Period and remaining a well-renowned port across the Early Modern Period. Towards the south of the town is the birthplace of Scottish poet Robert Burns in the suburb of Alloway. 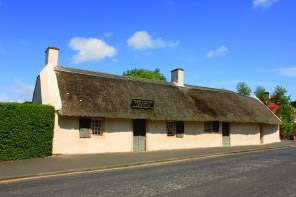 With the expansion of the railway during the 19th Century Ayr soon developed into a seaside resort. This remains the case today with tourism occupying a significant sector of the local economy in Ayr through the opening of a Butlin's holiday park on the southern headlands of the town. 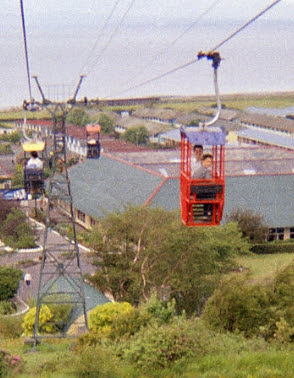 Butlin's Ayr was a holiday camp located near Ayr in South Ayrshire, Scotland. When originally opened in 1946, it was named Butlin's Ayr, but in 1987 was renamed Wonderwest World. 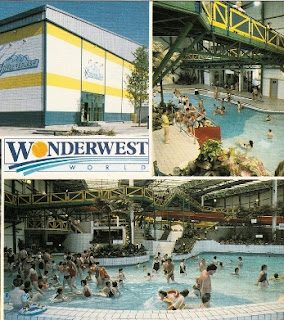 It closed in 1998 and re-opened in 1999 under the management of Haven Holidays who renamed it Craig Tara. 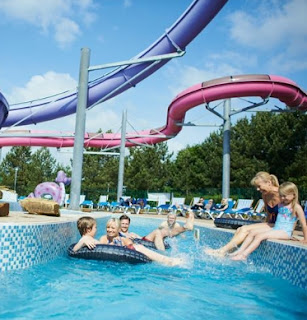 It is served by Stagecoach's seasonal bus no 97 ...

... which runs hourly Monday to Sunday; such a pity it does not operate on a Daily basis! 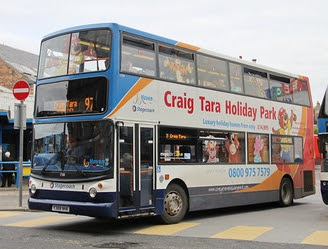 But the 97 has nothing to do with the demise of buses to Culzean, for that we need to look at an Ayr town service. 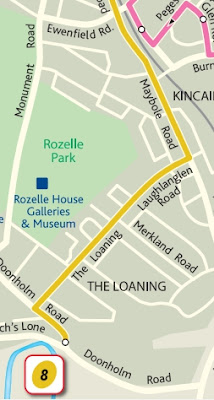 ... an area of well-heeled bungalows in very pleasant surroundings. 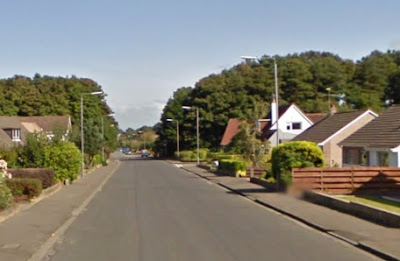 Part way along the road is a natty little turning circle for the 8 and its predecessors ... 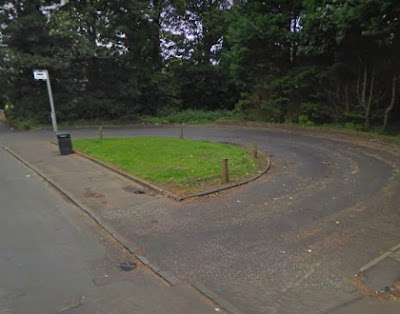 ... now superseded as the route runs all the way to the end. Readers will not be surprised to hear that the route only deserves an hourly service Monday to Saturday daytimes.

In the evenings, however, it retains an hourly service provided by diverting the 58/60/358/360, our route group which later has buses via Culzean.

We now have the bare bones of the Stagecoach cunning plan. 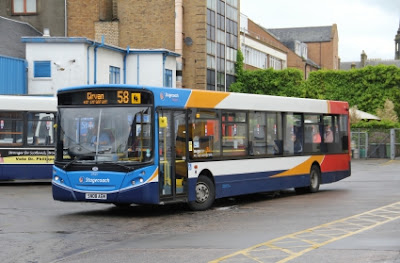 The Managing Director explains all.

The service 8 which currently serves The Loaning from Ayr would be withdrawn and replaced by diverting the 58/60 via The Loaning on a half-hourly basis, providing The Loaning with twice as many journeys compared to the current service 8.

The daytime route and numbers would then be the same as the evening and would, indeed, give The Loaning a half hour frequency.

But elsewhere the boss completes the picture.

Due to low passenger demand between Maybole, Culzean and Kirkoswald it is proposed that Culzean will no longer be served. Instead the 60 will return to the A77 and progress through Maybole direct to Kirkoswald. This will give a large number of residents in Maybole access to a bus service for the first time.

Clever eh? And good housekeeping, saving the cost of a bus and its driver on Service 8 whilst giving The Loaning folk a better service. Spiffing unless you want to go to Culzean!

Whilst the Daily Record concentrates on longer distance routes and their "scything", the changes to Ayr town services are, arguably, more "challenging" than the rural and inter-urban routes. 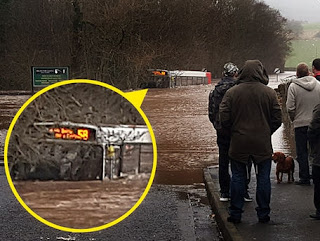 All occupants were rescued!

Next Ayr blog : Tuesday 11th July
Posted by fatbusbloke at 02:00