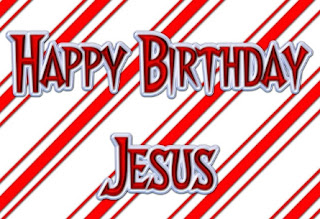 Of course, no-one believes that Jesus was born on 25th December. When the Church Seasons were being planned, it seemed logical to hijack the existing period of revelry enjoyed around the winter solstice. Thanks to several Calendar re-organisations no-one is even certain of the year!

But we can still celebrate His Birthday. December 25th is as good a date as any other.

fbb
wishes ALL his readers
a VERY happy
Christmas
Day

But if you wanted a Public Transport activity instead of traditional festivities ... 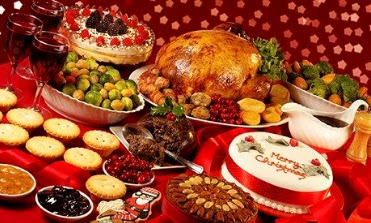 ... you would need to live on the Isle of Wight where a large part of the normal network will be operating at an hourly or two-hourly frequency. 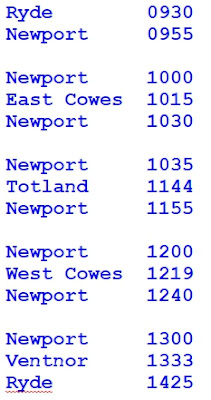 And the good news is that you can cop the whole network and still be "home" for a slightly delayed Christmas Dinner.

National Express finally woke up to the exciting possibility that people might travel with them on Christmas Day IF they published details of where the coaches went - and when.

So you could enjoy a round trip from Liverpool! 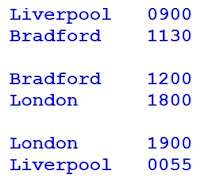 But do remember to take your turkey sandwiches and Christmas pud ready spread with brandy butter as there are unlikely to be any refreshment services available.

The Keighley Bus Museum will be running their free services today as usual. 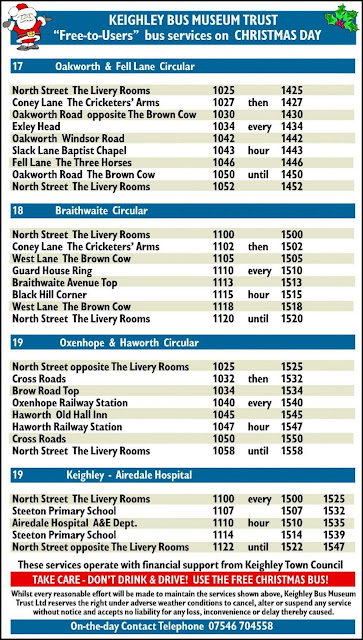 Again, a full circuit of all four routes is possible, finishing in plenty of time for din-dins.

The fbbs are spending Christmas with the family at Abergynolwyn (Wales). This former slate mining village is a little over six miles inland from Tywyn. 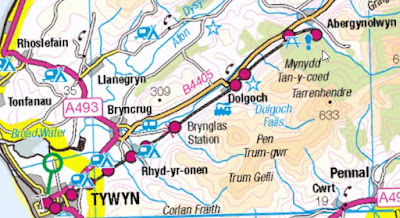 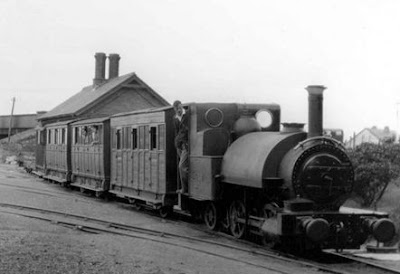 The terminus (Nant Gwernol) is very close the the house where the gang are staying, but hidden in trees. 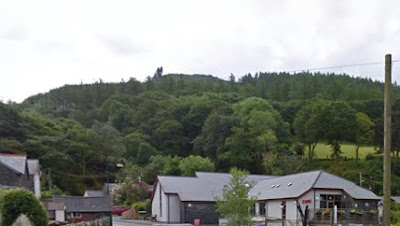 the track can be glimpsed immediately to the left of the telegraph pole. Santa Specials were running yesterday (24th) and Mince Pie specials will run from tomorrow (Boxing Day) until 2nd January inclusive. 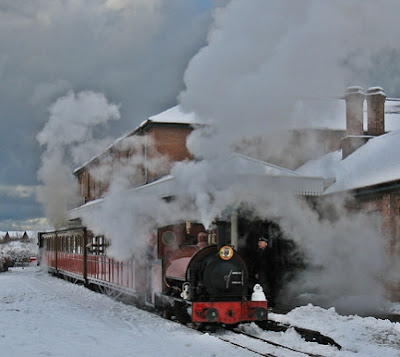 The village is quiet with only the occasional conversation (in Welsh, of course) outside the windows. But festive decorations abound; with folk-heroes Snowman and Santa, inflated and looming ominously outside next door. 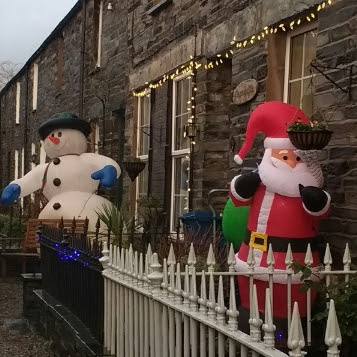 Inside, the family has created a festive and light bedecked twig ...

... assembled from timber collected from the beach. But, joyously, on a patch of land behind the cottage, is a semi-biblical nativity scene, fully illuminated greets the eye. 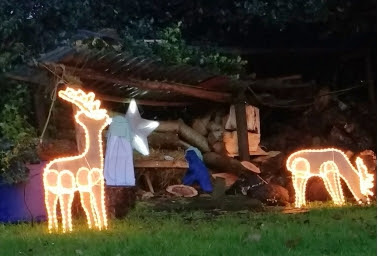 Christmas has come to Abergynolwyn!