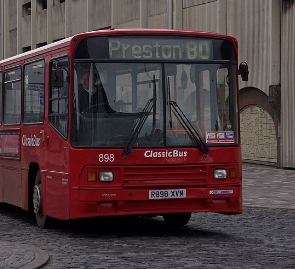 This was a commercial route operated Monday to Saturday daytime without Council support which led to the departure of the incumbent operator Cumfy Bus from the similar route 80. 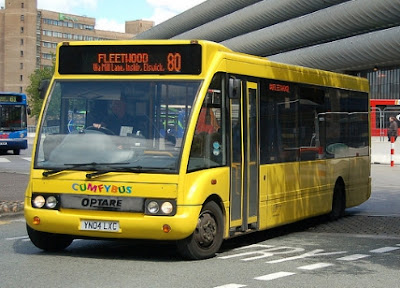 Cumfy ran between Preston an Fleetwood ... 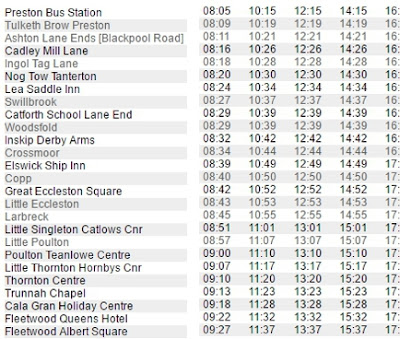 ... whereas the upstart newcomer's route terminated in Blackpool. Comfybus had no choice but to withdraw and Lancashire County began subsidising the evening and Sunday service on the new 80. Start date was 9th December 2013.

"Classic Bus North West will cease to run its 80 service between Blackpool and Preston via Poulton and Great Eccleston, with effect from the end of today (Friday, 20 December).

The service currently runs seven days a week, with the county council subsidising evening and Sunday services between Poulton and Preston.

Classic Bus North West has terminated the service without the required 56 days notice to the Traffic Commissioner. They have also broken their contract with Lancashire County Council to provide an evening and Sunday service, which would require 12 week's notice. Lancashire County Council will inform the Traffic Commissioner of Classic Bus North West's actions.

Lancashire County Council is currently looking into possible options including trying to find out if Classic Bus North West are going into administration and, if so, the identity of the administrators."

We now know, of course, that CBNW did enter administration as per their own notice posted as part of yesterday's blog.

Service 80 was taken on, for a while at least, by Archway Travel. 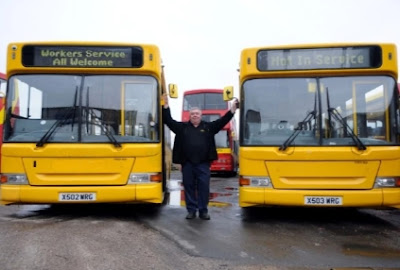 Vehicles were sourced from Go North East with Archway retaining the yellow livery ... 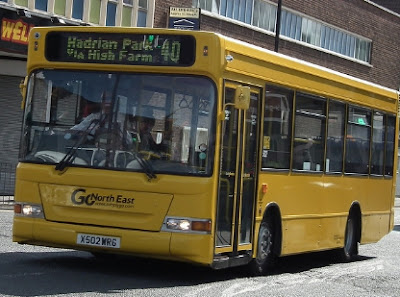 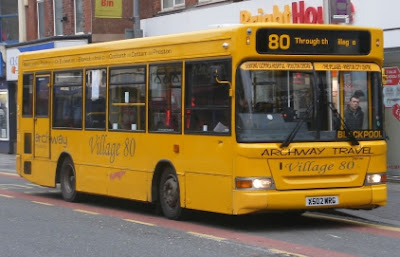 The owner said it would be for a trial period and if the service were not commercial viable it would be withdrawn. It wasn't and it was. Preston Bus service 75 and 80 now provide many of the links to the "Villages". 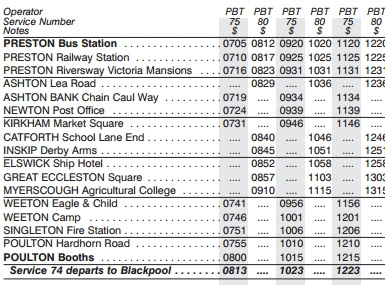 Meanwhile CBNW announced that it had arrange to sell the assets and goodwill of the now defunct company to Oakwood Travel Services Limited.

Surprisingly (NOT), Oakwood had the same premised as CBNW and a similar set of directors!

Surprisingily (VERY) Oakwood had started its own bus service in 2012. Initially route 22, it became known as Catch22. It is not clear why the abortive service 80 was started using a different company, but the sale of CBNW to Oakwood rationalised (?) the operations.

So here's a Classic Bus bus on the Oakwood Travel route 22 photographed in 2013! 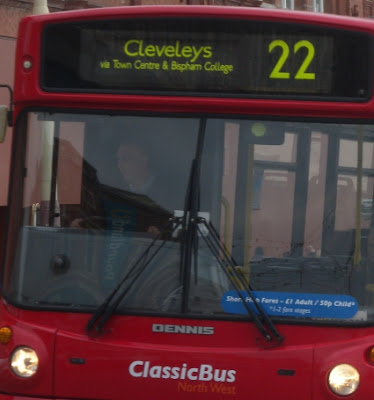 ... morphed into the 21 which currently runs on Tuesdays to Saturdays. 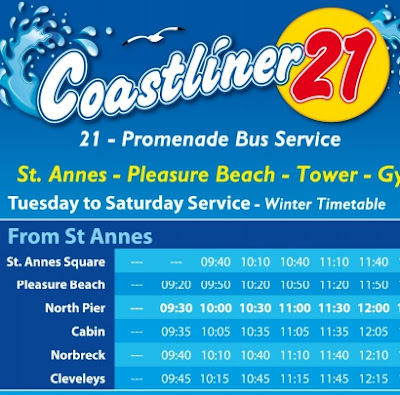 Roll forward to 2015 when some ex Cardiff single deckers are in operation. 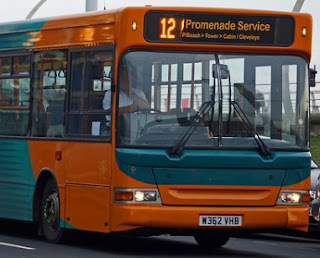 Other acquired vehicles were painted to match; this one ... 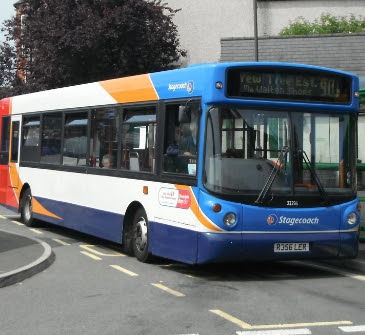 fbb needs to get back to reality as the present network consists of 21, 22, 23 and 24, the results of steady but significant expansion. Mysteriously, route 6 still appears on the company's current network map.

But news broke in 2015 of a conflict between the owner of Catch 22 (and the others) and Ms Beverly Bell, the redoubtable boss of the Traffic Commissioners.

Apparently Mt Phil Higgs had been a naughty boy. 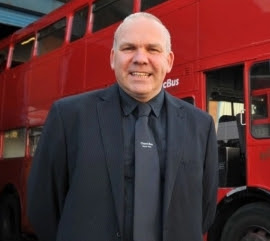 We will chart Boss Hogg's fall from grace tomorrow. 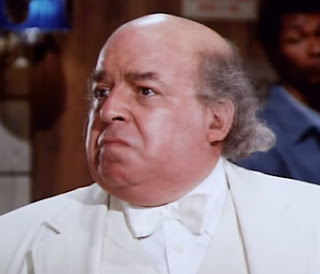 Whoops. A Hazzard of old age! That should have read "Boss Higgs", of course! The Bible has lost its respect and authority in our materialist and largely secular society. This is a pity; because its prognostications are often challenging and thought-provoking. For this year's fbb calendar, he will pick out a few snippets and invite his readers, whether believers or not, to ponder them.

These "words of wisdom" may lead us to appreciate Christmas.

What, according to the prophet Isaiah, does God hate? Sin? Disobedience? Immorality? Lack of Care for the Needy? All of these, for sure.

But here is the Prophet Isaiah writing, inspired by God, about 700BC. 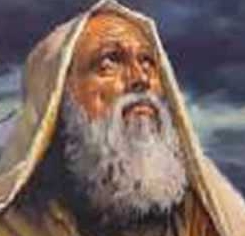 God says, "Stop bringing your meaningless offerings to me. Your incense is detestable. I cannot bear your evil assemblies. Why are you trampling in my temple? Even if you offer your prayers, I will not listen"

Clearly summat was up in Isaiah's day? Is the same "summat" "up" today?

Next Blackpool blog : Friday 2nd December
Posted by fatbusbloke at 02:00