Thanks to a correspondent, fbb can now publish the City Fox service 60 arrangements for Christmas Day and Boxing Day. Oddly these appear on the Kernow Fox web site. The expansion into Cornwall was abandoned by the City Fox company before any services were started. 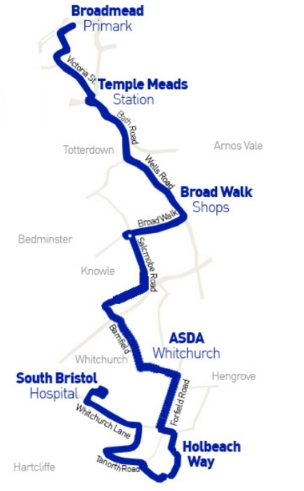 This extract from the timetable shows an hourly service from 0800 to 1800. 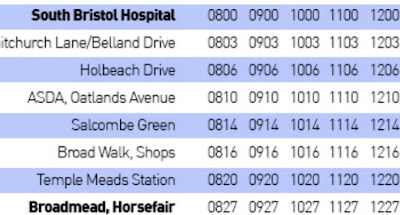 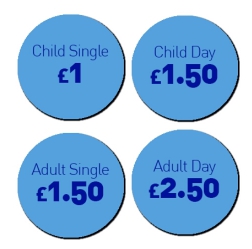 A reminder, then, that the local press reported that this timetable would tun on Christmas Day whereas the Kernow Fox web site advised Boxing Day as well. On 26th the 60 will compete for South Bristol Hospital business with First's service 50 ...

... an addition to First's festive network this year. 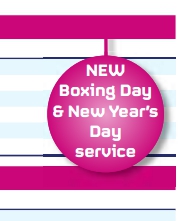 Christmas in Bournemouth
Yesterdays opening salvo in the Bournemouth changes report did not look at the competition with More (once called Wilts and Dorset. For the record, More 1 and More 2 also ply the well-bussed Poole to Bournemouth corridor - originally their unchallenged kingdom! 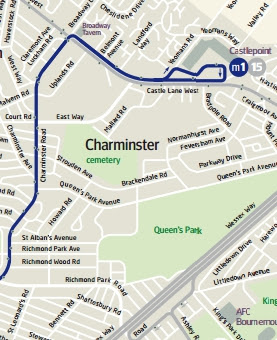 Frequencies are quoted as "every 7 to 10 minutes".

On Christmas Day, Bournemouth and Poole have buses. More will run hourly in M1 but extended from Castle Point to the hospital and on M2 but running from Fishermans Walk via Tuckton to Christchuch. 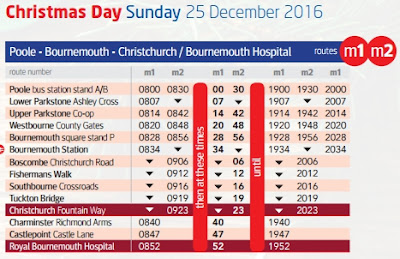 On Boxing Day and New Years Day, both companies will be running on their main routes. Yellow Buses, for example will be joint half hourly on 1a and 1b ... 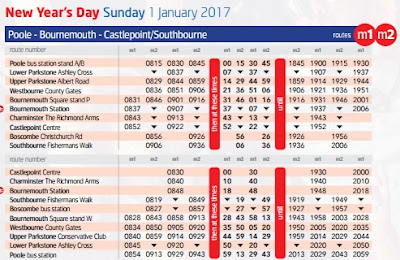 Yes, fbb knows that the above is the New Years Day page, but the good web design folk at More haven't been generous to give their users a link to the Boxing Day version.

Coastliner Upgrade
The route from Leeds to York and on to the North Yorkshire Coast has been branded "Yorkshire Coastliner" since soon after privatisation. Based round West Yorkshire Road Car services friom the Malton Depot, the brand and its frequency were both improved under the ownership of Blazefielkd Holdings.

A recent launch has seen a batch of new vehicles presented outside York Minster. The "weave" motif, although it has changed shape a emphasis a few times, has remained since the beginning. 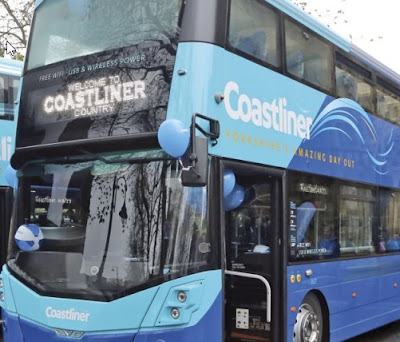 This time the freebie is a Coastliner beach ball ... 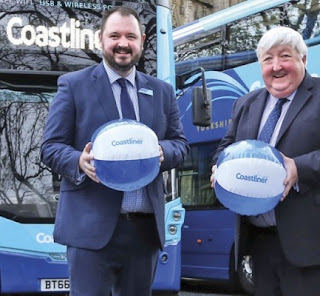 ... somewhat inappropriate for a Winter launch! But they are hardy folk "oop north", so beach volleyball in the snow at Scarborough might well be phase two of the promotion!

The buses have clear glass roof panels, ideal for viewing York Minster in the pouring rain. 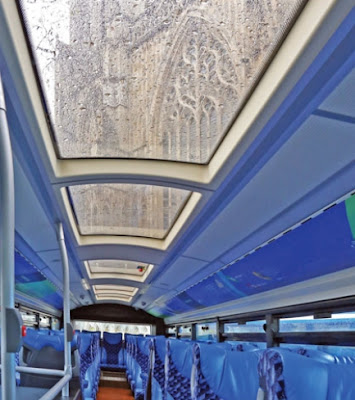 One innovative feature is the advertorial stuff on the rear panel; back ends to promote York ... 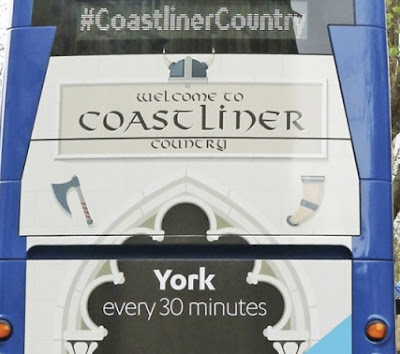 ... and Scarborough as destinations. 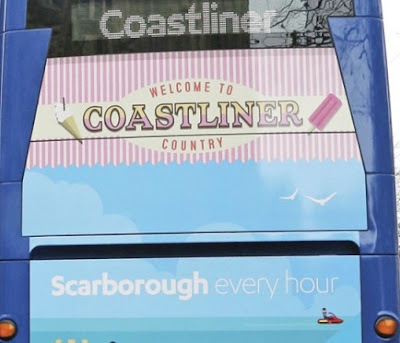 And if you thought there were FOUR buses an hour between Leeds and York, you would be right. The half hourly express service, you may remember, is publicised as:-

Coastliner is our friend
We work together with Coastliner to bring you departures every 15 mins from York or Leeds during the day, Mon-Sat, and every 30 mins on Sundays. You can also use your return or season ticket on Coastliner, and vice versa. Find a combined Cityzap and Coastliner timetable showing all departures from York and Leeds here:- 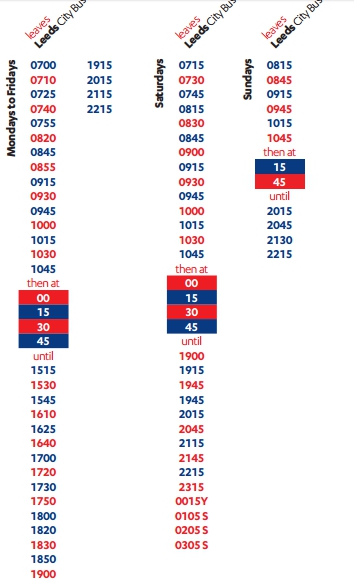 Back to Bournemouth tomorrow. 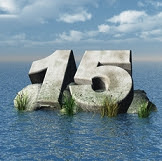 Talking about "wise men" is, of course, very premature. They met toddler Jesus about two years after the Bethlehem Birth Bonanza. But they have fitted in here because they "studied the scriptures", pout two and two together, and st off to find a new king.

But there was no king; the Divine plan was never for an earthly, political or military leader. As we said a blog or two back; those that looked for human might in Mesiahship should have looked a bit more closely at Isaiah, especially Chapter 53.


There was nothing attractive about him,
nothing that would draw us to him.
We despised him and rejected him;
he endured suffering and pain.
But he endured the suffering that should have been ours,
the pain that we should have borne. 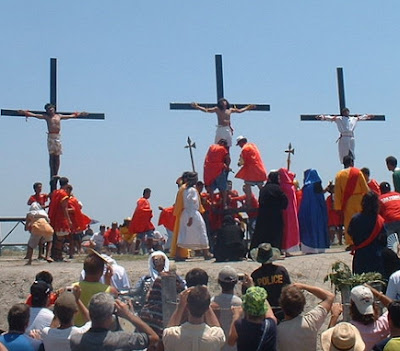 All of us were like sheep that were lost,
each of us going his own way.
But the Lord made the punishment fall on him,
the punishment all of us deserved.
He willingly gave his life
and shared the fate of evil men.
He took the place of many sinners
and prayed that they might be forgiven.

The words were written several hundred years before the events that fit the prophecy so exactly. It is somewhere in the Crucifixion and Resurrection narrative that God's offer of "doing something" for humanity is fulfilled.

But we rush on too quickly.