fbb wrote a little about the Ligne de Vincernnes in Paris in a recent blog (read again here). In very simple terms,1969 saw the beginning of what would eventually become RER ligne A. After passing through Vincennes station, the route entered a tunnel ... 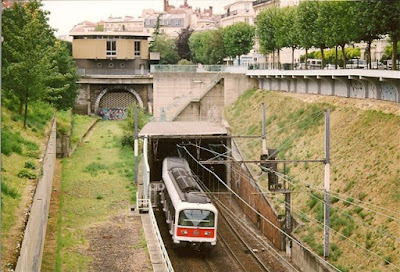 ... which, a few years later, would take suburban trains right through the city and west beyond La Défense. 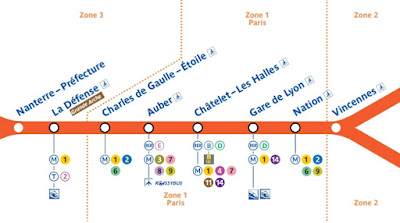 The section of line to Gare de Bastille (or Vincennes?) was closed, as were stations at St Mandé, Bel-Air and Reuilly.

The old line is shown dotted in grey on the map above.

The trackbed was in a shallow cutting as it passed under the old Petite Ceinture circle line bridge and Bel Air Station ... 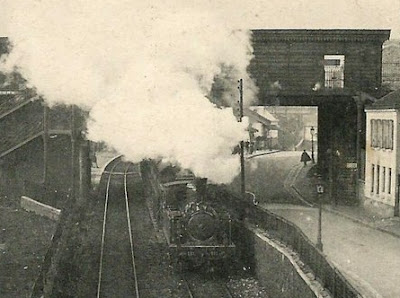 Only the overbridge is there today. 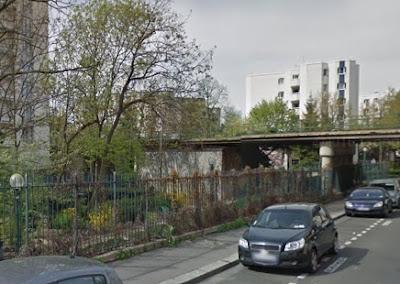 At Reuilly, as well as the station ... 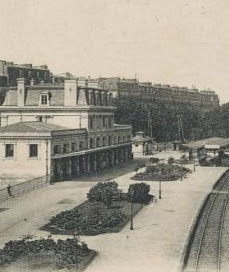 ... there was a goods yard which outlasted the passenger service. 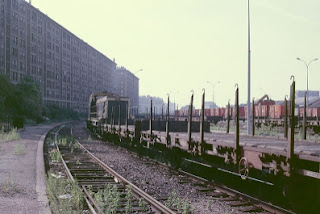 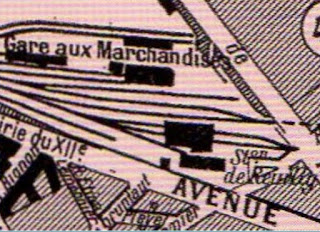 The passenger building still stands in community use ... 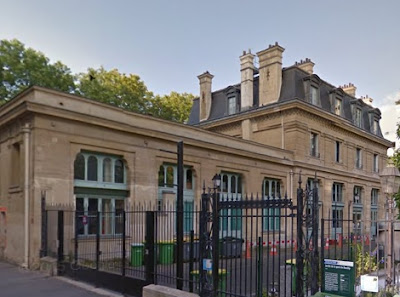 ... and the goods yard is now even more apartment blocks. 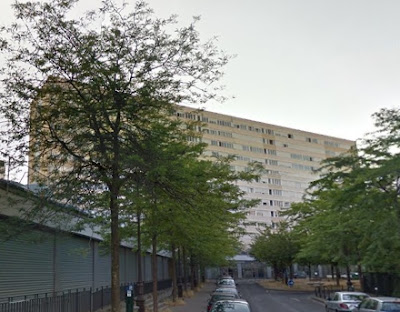 But the street level trackbed is now a smart grassed avenue ... 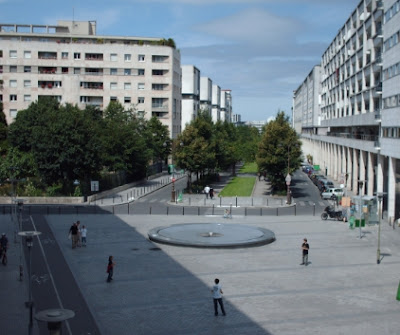 ... tree lined and largely traffic free with a selection of caffs (bistros) to tempt the passing closed railway line explorer. 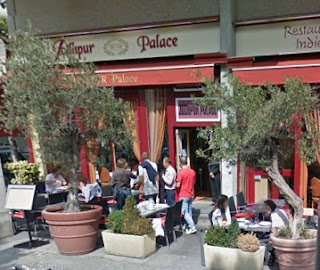 There was even a kiddies ride when Google Streetview viewed! 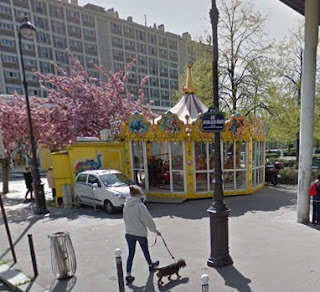 Also nest to the old station is the Parc de Reuilly, also developed from Railway land. This is a very popular spot in the Paris sunshine ... 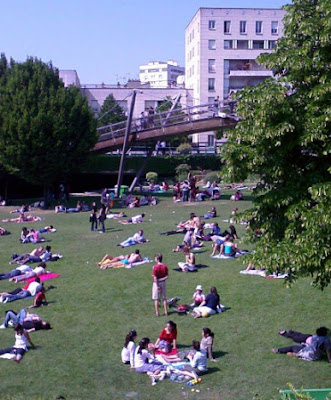 ... with a spectacular footbridge following the line of the former railway. 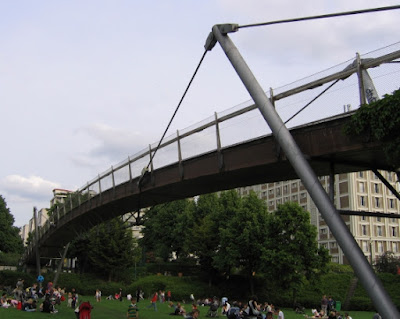 After the Reuilly area and all the way to Place de la Bastille, the line was on viaduct ... 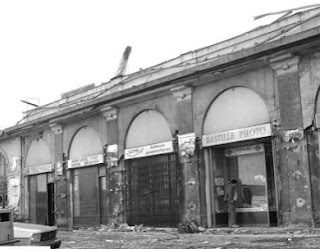 ... and, in places, not very pretty. Of course, being Paris, the arches are turned into chic craft shops ... 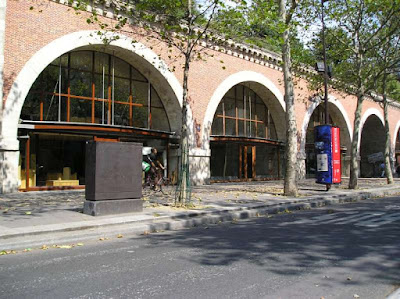 ... which leaves the rest of the closed route atop the viaduct.

Tomorrow we shall explore what has happened to that. 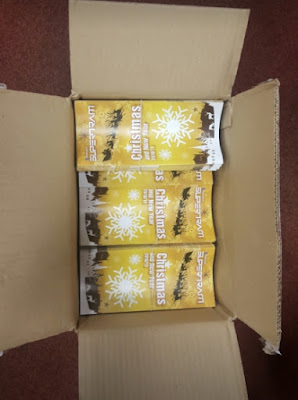 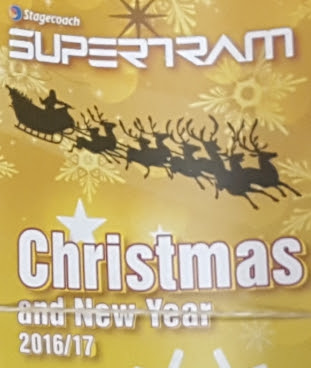 What a good idea. Perhaps Travel South Yorkshire and the Sheffield Bus non-Partnership might take a hint?

Or maybe they don't want people to travel by bus. Passengers are very inconvenient; they do seem to get in the way of running an efficient, sustainable administrative system. 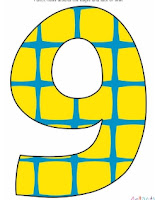 As the years passed by, it became clear that maintaining the covenant was too hard; the temptations to stray were too great. What the book of Deuteronomy had predicted was happening again and again. The people trusted God and kept their side of the bargain so all went well - OR they strayed from the "straight and narrow" and things went from bad to worse.

This brought in the age of the prophets and there were dozens of them spanning a period of over 500 years.

Some were really weird. like Daniel. And we all know the story of the lions den (or we think we do!) 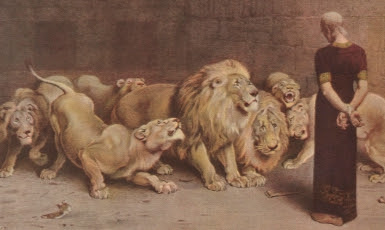 But much weirder than that.

"Then there will be a time of troubles, the worst since nations first came into existence. When that time comes, all the people of your nation whose names are written in God's book will be saved. 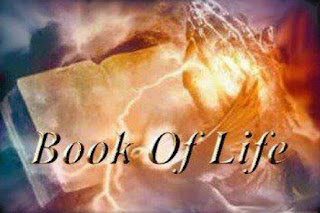 Many of those who have already died will live again: some will enjoy eternal life, and some will suffer eternal disgrace. The wise leaders will shine with all the brightness of the sky. And those who have taught many people to do what is right will shine like the stars forever. He said to me, “And now, Daniel, close the book and put a seal on it until the end of the world."

And we haven't even touched on Daniels visions of monsters!

People have argued over these crazy pictures ever since they were written down but one thing is clearly they do seem to point to some sort of "Day of Reckoning". 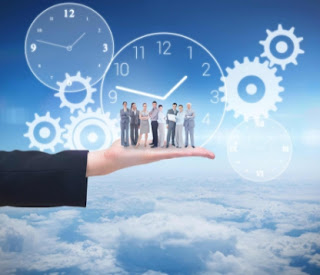