In South Yorkshire? Really?
And, new for 2016, on Boxing Day in Rotherham as well, thanks to the Bus Partnership? 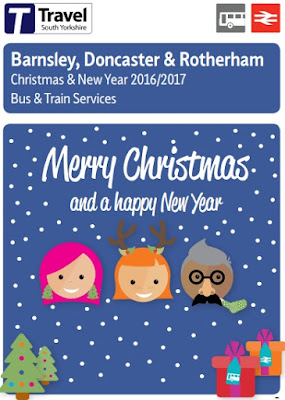 True, but not quite what it seems.

Of course, there will be no printed publicity for the festive season (and a Merry Christmas to you, Travel South Yorkshire!), so the hundreds of thousands of folk who don't (or can't) go on-line will have to rely on hearsay and rumour or, most likely, stay at home.

The pattern is dismally familiar.

And details of the last buses on each route? TSY is keeping that a secret, presumably so that residents who "risk it" will get stranded or have to call a taxi. Or they will simply stay at home. Which, obviously, means low passenger numbers after about 1700; which means, obviously, the service can be further reduced next year "due to poor usage",

We will return to the eagerly anticipated "except for" later.

In Paris, on Christmas Day, the Metro will run a Sunday frequency from about 0530 until after midnight. Trains will be full, as usual.

In London, Christmas Eve services will finish early, i.e. between 2330 and midnight. On Boxing Day there will be a Sunday service. On that preeminently urban and busy area, the Isle of Wight, there will be services every day over the holiday period and, yes, that does include Christmas Day.

Adequate Boxing Days services will run in that backwater of bucolic sleepiness, namely Bristol City, likewise Greater Manchester and West Yorkshire.  But in Rotherham, Barnsley and Doncaster no buses will run on three of the holiday days.

But, hang on a tick, what about the "except for"?

And here the excitement is palpable. There will be buses on Christmas Day! Here is the timetable.

TSY doesn't tell is who operates these routes.

So what's Grimey got that the rest of South Yorkshire and most of the rest of the UK hasn't got? It's got XPO Logistics!

No, neither had fbb.

XPO Logistics was founded in May 1989 by Michael Welch and Keith Avery as Express-1 Expedited Solutions, which specialised in time-critical, high-value shipments. The company was purchased in August 2004 by Segmentz, Inc., a transportation firm that traded publicly as NYSE AMEX: SZI. In 2006, Segmentz changed its name to Express-1 Expedited Solutions, which had become its main operating unit, and began trading its stock under the new symbol XPO.

In September 2011, American businessman Bradley Jacobs gained approximately 71 percent ownership in Express-1 when he led an investment of up to $150 million, including up to $135 million through his firm Jacobs Private Equity LLC, which is XPO's largest stockholder. He assumed the roles of chairman of the board and CEO, announced plans to move the company's headquarters from Michigan to Greenwich, CT, (USA!) and changed its name to XPO Logistics. 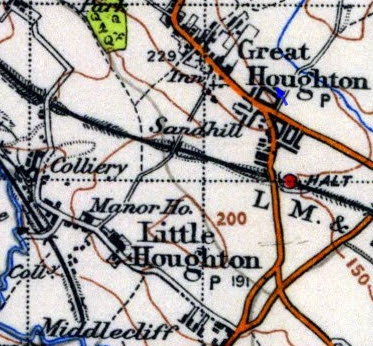 On the site of the former Houghton Main Colliery ... 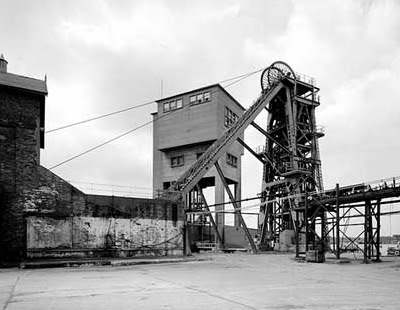 ... and alongside the new Park Springs Road ... 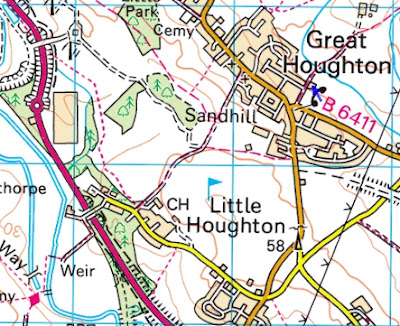 ... stands a huge warehouse which XPO Logistics run on behalf of a fashion company ASOS. 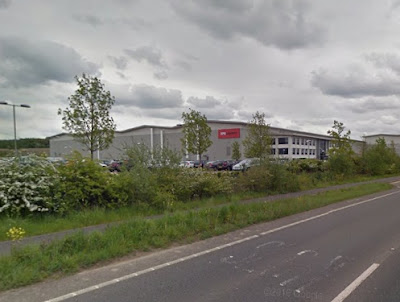 ASOS joins Sports Direct in getting a bad press for the way it "exploits" its staff. 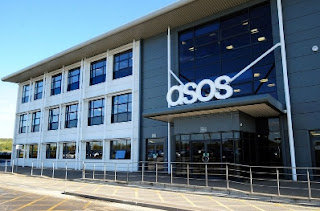 The GMB trade union claims warehouse staff are so tightly regulated on their work rate that there is no time for some to make the 15 minute walk’ to and from the loo – and have to use the drinking fountain instead.

The union claims workers are expected to ‘pick’ 65 items an hour from a vast network of shelves at the distribution centre in Barnsley, South Yorks and might be expected to pick about 800 in the course of a shift, walking up to 15 miles in the process.

Deanne Ferguson, regional organiser for the GMB, said: “This leaves staff with no other choice but to use the water stations to urinate in.

“Some ASOS workers are suffering sickening indignity which must stop. ASOS must explain to its employees why they are treating them with such contempt and denying them common decency.

“The people of Barnsley care and will be disgusted to hear these reports. Workers at ASOS are genuinely scared as they have been told their jobs will be at risk if they resist, so the GMB has had to organise underground in ASOS.”

The online fashion retailer strongly denies the claims and says there are toilets within four minutes of every point of the warehouse which employs around 4,000 people.

Some of these 4000 will be working all over Christmas, hence the need for bus services. These are timed for shift changes throughout the holiday period.

But Rotherham has another holiday period "except for" on Boxing Day. 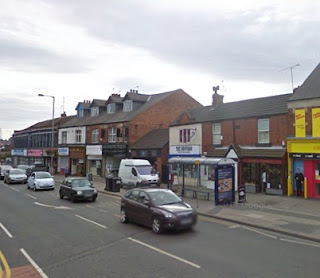 Buses will run between the Town Centre and Maltby every hour from 0832 to 1832.

So what has Maltby got that the rest of Rotherham hasn't? Answer, absolutely nothing! Earlier this year the former route 69 between Sheffield and Rotherham was speeded up (not much), diverted via Meadowhell shopping centre and linked with former services 1 and 2 to Maltby. 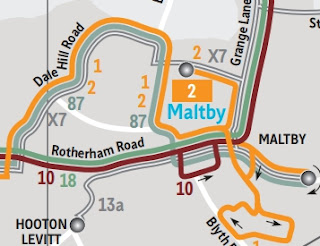 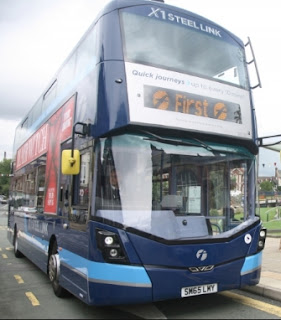 Illogically and unfairly for the rest of the town, this ensures it gets a very feeble Boxing Day bus service ...

... but only to the Quilter Road wiggle.

Strange happenings in South Yorkshire and even stranger decisions for Sheffield, as we shall begin to explore tomorrow, 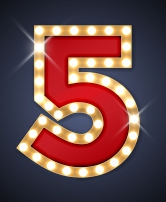 ... we read on the sixth day of "creation" in the book of Genesis. So those who want God to get rid of evil "at a stroke" will see that the environment was perfection "in the beginning". 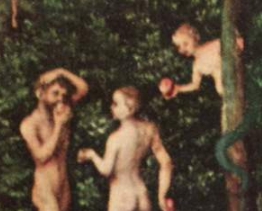 But Eve was tempted to take the forbidden fruit (no mention of an apple in the Bible!) and from that moment on, things started to go wrong. The primeval pair became conscious of and ashamed of their nakedness ... 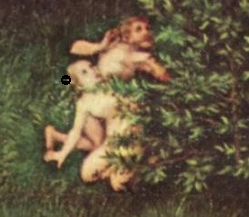 ... and were kicked out of the garden. 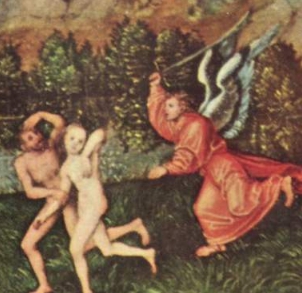 The Bible does not demand that these stories are taken literally, although some believers are happy to treat them thus. "Adam" means "the man" and Eve means "the source of life" i.e. woman! So the poetic ideas depicted in Genesis 1 are a clear statement about how the ideal "man" and "woman" developed.

And there's the snag. Give your top creation the ability to think, to decide, to develop, to invent and investigate - free will, it's called, an attribute of the Divine - and the price you pay is the risk that wrong choices will be made.

And only one little wrong makes the perfect imperfect.