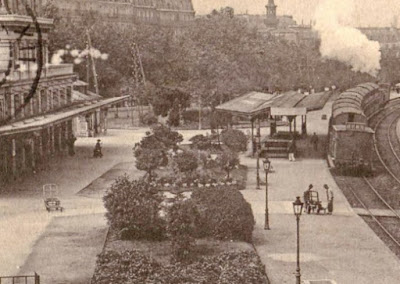 Yesterday we were at and near the former station at Reuilly on the closed line from Vincennes to Gare de la Bastille. We saw the much of the old trackbed had been turned into beautiful wooded walkways.

So far so good, But from here westwards the route lies on top of a long viaduct similar in concept (but not quite so long!) to that which brought trains from Greenwich into London Bridge. 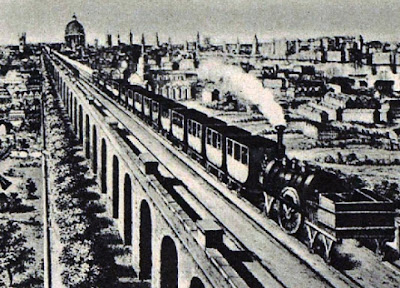 Of course, this one, much enlarged, still carries very frequent trains.

After leaving the pleasant Parc de Reuilly, we find ourselves on a new-build footbridge ... 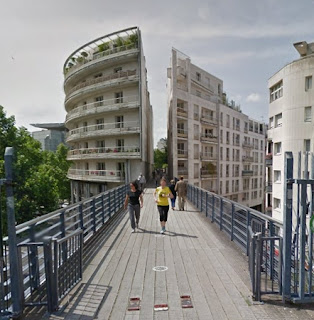 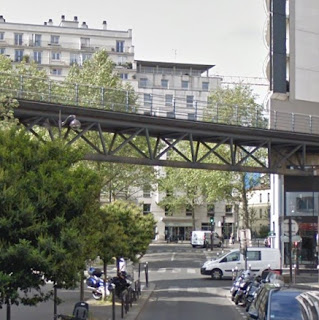 The gap between the two new apartment buildings, which anywhere else would have obliterated the path of the railway, is very impressive on Google Streetview. 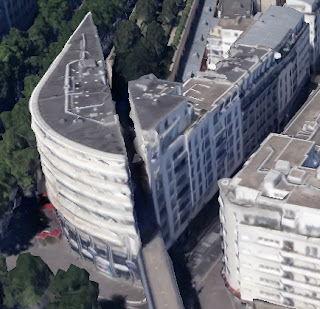 Once through the chicane, we are on the viaduct proper. In a word, it is beautiful! 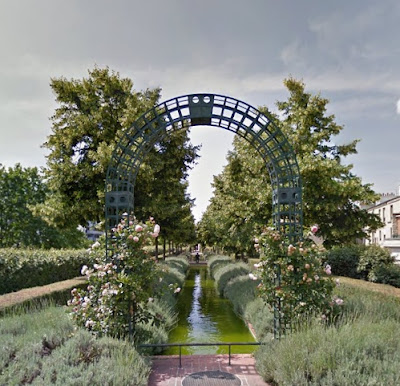 Water features, trees and hedges abound and only the muted noise of the traffic remains you that you are walking along a disused railway line in a big City. This footbridge is a new build ... 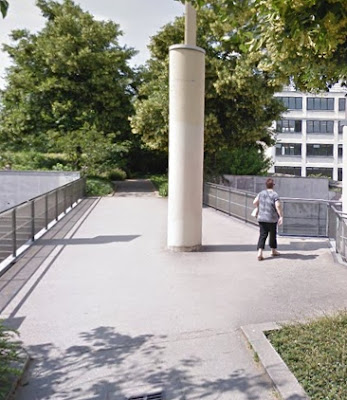 ... over a closed side road with more shops beneath. 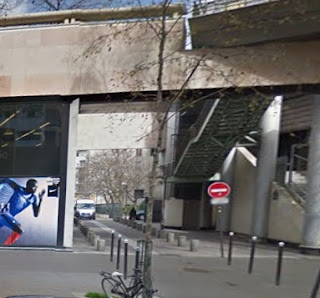 Up top we march on through more profuse greenery ... 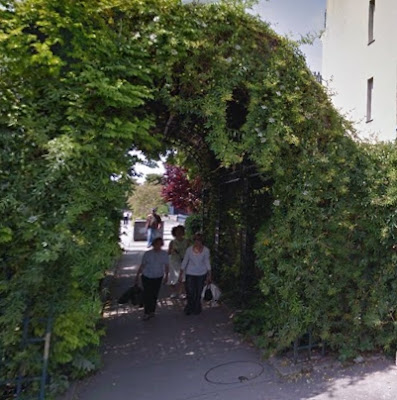 ... and over yet another bridge; this time a re-decked original ... 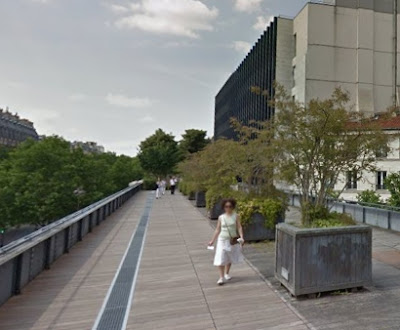 ...  that took the railway across the busy Boulevard Diderot. 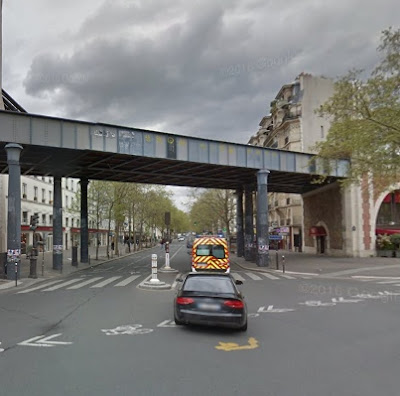 Here, as at most junctions, there are access stairs from street level. 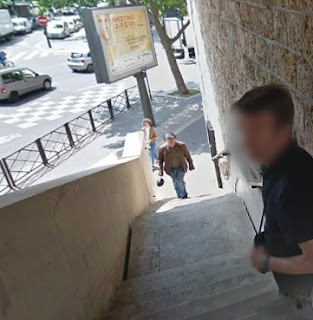 But we stay up above for more delightful verdure! 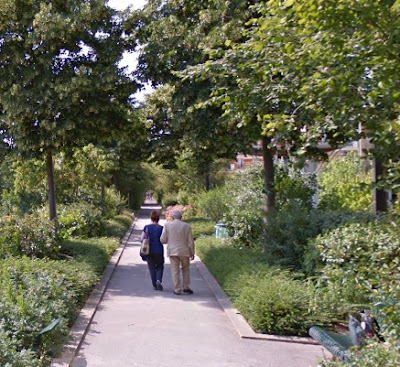 But, alas, we must come to an end. The end, sadly, is abrupt. We are nearly on the platforms of Gare de la Bastille ... 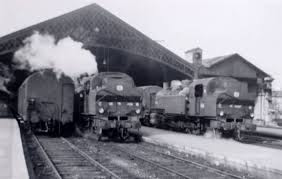 ... or we would be if it hadn't been demolished to make way for an Opera House! 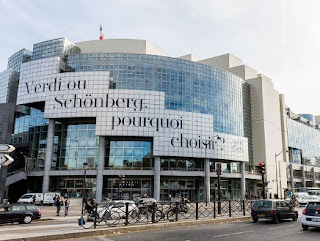 In fact, the end is disappointing. A set of concrete steps ... 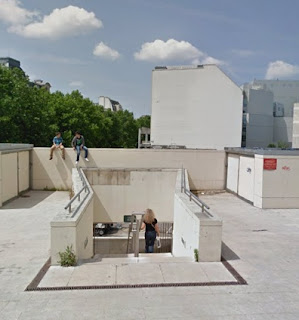 ... and 100 metres walk along a boring street to get to Place de la Bastille and the Metro station. 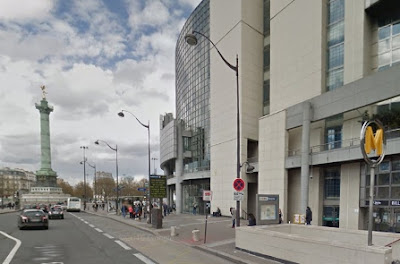 Turning back and gazing wistfully on the blunted end of the viaduct ... 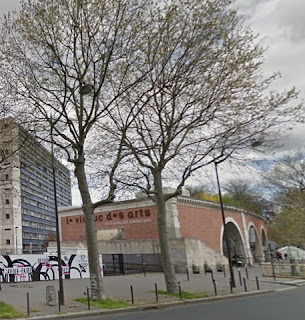 ... you might be forgiven for thinking it had all been a dream. But no, the sign is there to guide you back.

You can, of course, dream another dream. What might that peremptory end have been like had it carried on to encompass the old station and bring the weary walker into Place de la Bastille through a welcoming and picturesque garden instead of alongside an ugly (?) building. 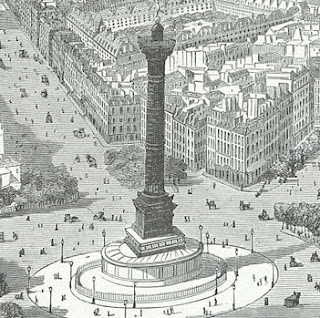 One can but dream. 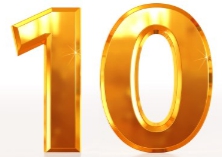 Isn't an Advent Calendar meant to be about Christmas? Yes, and no! Christmas doesn't start, ecclesiastically, until December 24th, Christmas Eve. We will be in the Church's season of Advent until then.

Advent means "he is coming" and brings together the first "coming" of Jesus with the vision of His Second Coming at the end of tims, on what is spookily known as Judgement Day. Both "comings" are part of Advent.

The problem is that we find it impossible to visualise Heaven and the "end times" and we end up with weird and possibly unrealistic pictures. 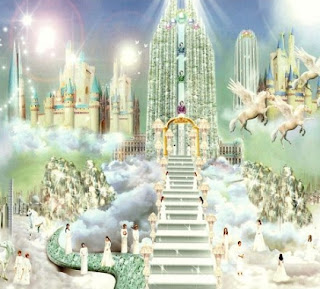 Words are even more tricky! Here is the prophet Ezekiel ...

Above the heads of the creatures there was something that looked like a dome made of dazzling crystal. There under the dome stood the creatures, each stretching out two wings toward the ones next to it and covering its body with the other two wings. Above the dome there was something that looked like a throne made of sapphire, and sitting on the throne was a figure that looked like a human being. The figure seemed to be shining like bronze in the middle of a fire. It shone all over with a bright light that had in it all the colors of the rainbow. This was the dazzling light which shows the presence of the Lord. 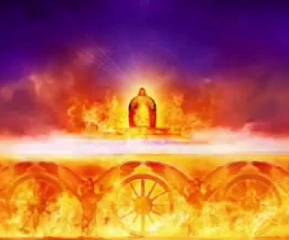 But how do you describe a God who is outside of any possible human experience. How would a goldfish describe the "god" that feeds it every day from  outside of its watery world, 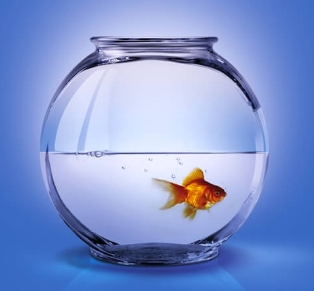 Clearly we need something (or somebody) more accessible, more understandable.